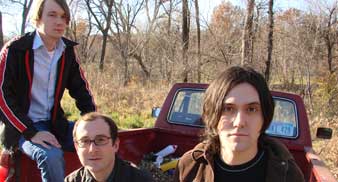 The band, who release their new album ‘The People’s Key’ on Monday (February 14), will play shows in Birmingham, Leeds and Manchester.

These shows are in addition to the previously announced show at London’s Royal Albert Hall on June 23.

The band have not scheduled any appearances for either the weekends of June 24 – 26 or July 8 – 10, pointing to the distinct possibility that they are scheduled to play both Glastonbury and T In The Park.

Tickets go on sale tomorrow (February 11) at 9am (GMT). To check the availability of [url=http://www.seetickets.com/see/event.asp?artist=Bright+Eyes&filler1=see&filler3=id1nmestory] Bright Eyes tickets[/url] and get all the latest listings, go to [url=http://www.nme.com/gigs]NME.COM/TICKETS[/url] now, or call 0871 230 1094.