Dylan and his band on epic, memorable form 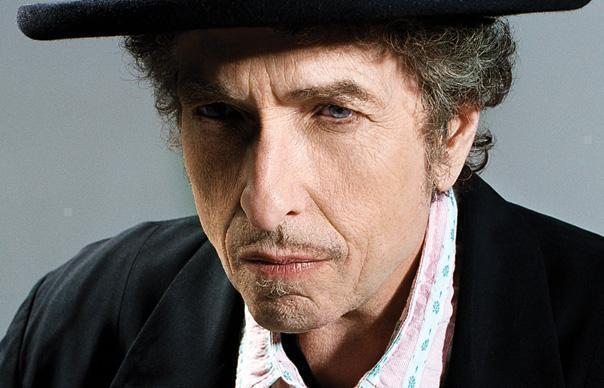 “You Brits need an injection!” rages the Australian in the gents’ toilet.

He is unhappy, we learn, with what he perceives as the lacklustre response from the crowd at tonight’s show. It’s slightly odd, because what strikes me most about the audience who’ve turned out for the first of Bob Dylan’s three Albert Hall shows is how enthusiastic they appear: witness, in particular, the woman close to us who volubly and repeatedly demonstrates her desire to hear Dylan sing “Lay Lady Lay”, or the frequent whoops and cheers that pick up when Dylan starts a new song. What also strikes me about the crowd is how broad it is. Thinking back to some recent Albert Hall shows I’ve attended – CSN, in particular – the crowd there was very much of one type. Here, on the other hand, you can spot well-heeled couples in late middle age enjoying a bottle of house red, groups of thirtysomethings knocking back bottles of Spitfire, and swathes of men who look just like John Hurt’s War Doctor from last weekend’s Doctor Who.

Dylan himself arrives on stage at 7.30, dressed in his Civil War garb, standing at the microphone for a brisk rendition of “Things Have Changed”. Newsflash: he’s not wearing a hat. He seems quite mischievous tonight, but I can’t specifically locate what it is that makes me think that: the jaunty hand on the hip? The little jig of the leg? The elongating syllables he now favours? The raucous harmonica playing? The set – as it unfolds across two hours, with one intermission – is essentially the same as Dylan’s been playing recently, two miraculous Rome shows aside. As befitting an artist touring a current album, the set is skewed heavily towards material from Tempest: tonight, we get seven of the albums 10 songs. These are songs that play to the particular strengths of his current band. Listening to Together Through Life’s “Beyond Here Lies Nothin’” – salsa vibes, with Charlie Sexton’s wandering guitar lines a particular highlight – these dudes are the perfect interpreters of Dylan’s 21st century material: sensitive, sympathetic musicians with wide-ranging skills. I’m particularly taken by Sexton and Stu Kimball’s simpatico relationship, which on a breezy “Duquesne Whistle” resembles a more reserved version of Tom Verlaine and Richard Lloyd. Occasionally, their discreet noodling reminds me of the equally terrific work done by Leonard Cohen’s band on recent tours – another troupe of well turned out gentlemen with a taste for good hats.

On reflection, this is the first time I’ve seen Dylan inside at a smallish venue since Brixton in 2005; as great as the two Hop Farms, Finsbury Park, Wembley and 02 in between were, inevitably a great deal of nuance and detail got lost in venues that big. Here, in the less blustery confines of the Albert Hall, it is at last possible to really soak up the tremendous work being done by Sexton, Kimball, Donnie Herron, Tony Garnier and George Receli. Their fire-and-brimstone “Pay In Blood” is followed by a beautiful, mellifluous take on “Tangled Up In Blue”. They close the first half, meanwhile, with a wicked “Love Sick”, Kimball’s punchy upstrokes mingling with Sexton’s growling lead lines, and dominated by Dylan’s harmonica blasts.

The second half feels more energised, somehow. They open with “High Water (For Charley Patton)”, then into a lovely version of “Simple Twist Of Fate”, with Dylan’s piano playing nicely complimenting Sexton’s leisurely, rolling guitar melodies. “Early Roman Kings” is one of the night’s highlights. From the lean, Elmore Leonard-style lyrics – “All the early Roman kings / In their sharkskin suits / Bow ties and buttons / High top boots” – to the full-blooded roadhouse blues whipped up by the band, this was a persuasive example of how good Dylan’s current creative roll is. A similarly high-level ran through the haunting “Forgetful Heart”, from Together Through Life, which Richard Williams was also taken by, according to his excellent review of the show. Then, a jazzy “Spirit Of The Water” and a fierce “Scarlet Town” led us to “Soon After Midnight” and “Long And Wasted Years”: more highlights. As Damien Love pointed out in his review of last week’s Glasgow shows, “Long And Wasted Years” is the set’s showstopper. Led by Donnie Heron’s mournful fiddle, this is an elegantly played track about love, hardship and death – “We cried because our souls were torn/So much for tears, so much for these long and wasted years”. Epic gear, it’s good as anything Dylan’s done in years.

For our encore, we get a pleasingly subdued “All Along The Watchtower” before “Roll On John”, a song Dylan’s only played in Blackpool, Lancashire and here at the Albert Hall: two locations associated with its subject, John Lennon. It’s a great ending, incidentally, a graceful and moving comedown after the shows many, earlier peaks.

Set list:
FIRST SET
Things Have Changed
She Belongs To Me
Beyond Here Lies Nothin’
What Good Am I?
Duquesne Whistle
Waiting For You
Pay In Blood
Tangled Up In Blue
Love Sick

ENCORE
All Along The Watchtower
Roll On John