The company that brought us Otis Redding is back 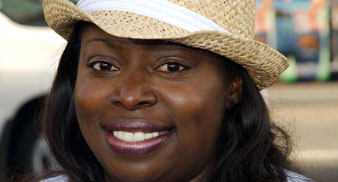 Excited by the prospect of joining the home of soul, Angie Stone said, “The thrill of putting out music on the label that brought the world Otis, Booker T, the Staples and so many other artists who made me want to sing in the first place is simply indescribable.”

She added, “I simply can’t believe that I will be a Stax artist – and I’ll be label mates with Isaac Hayes. The staff at Stax share my belief that soul has to stay in touch with its origins. We’re going to make beautiful music together.”

Isaac Hayes has been equally excited about the revitalized Stax, saying, “Stax always has been and always will be Soul Music, I was a part of that. I am coming back to Stax because there is still so much to do. It’s like coming home.”

As well as the latest signings, the 50th anniversary year will also see deluxe re-issues, special events and more artists joining the home of soul.

Plans for digital releases, remixes and other projects are also in the works- the anniversary year’s releases are slated to include more than 20 CDs and DVDs. “This is about honoring an extraordinary legacy,” said Concord Music Group General Manager, Gene Rumsey, adding, “We look forward not only to providing indispensable collections of the most famous Stax recordings, but also to shining a spotlight on many lesser-known and undiscovered gems.”