Angel Olsen: “I wanted to come out of the gates swinging” 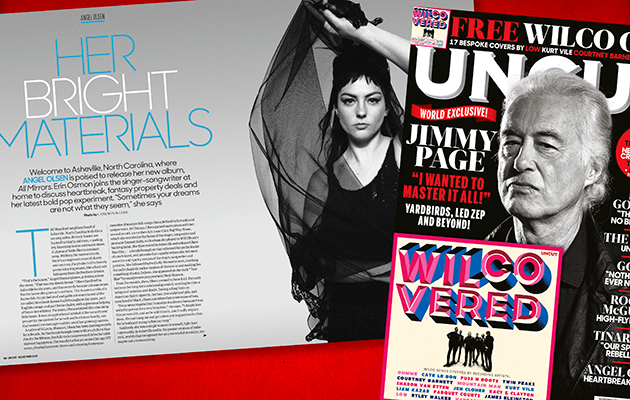 The latest issue of Uncut, in UK shops now or available to buy online by clicking here, features a candid interview with North Carolina-based singer-songwriter Angel Olsen about the bold pop reinvention of her new album, All Mirrors.

In it, Olsen describes the sense of liberation she felt when writing songs such as “Spring”. “It started off as an adult lullaby, and then it turned into this weird druggy playground,” she explains to Uncut’s Erin Osmon.

When searching for a way to open the song, for the first time ever, Olsen sat at the piano and quickly wrote a sunny little riff. “I was like, ‘Whoa, how did that happen?’ I’ve never written anything on the spot in the studio before,” she says. That simple four-count bar has become one of her favourite moments on the album. “It’s an example of how free I felt with these people [co-writer/arranger Ben Babbitt and producer John Congleton] and how open it was to be with them.”

Congleton’s decisive voice, and quick way of working, pushed Olsen beyond the realm of what she thought was possible. “The way that he made them [the synths and strings] merge, I never would have thought to put them together,” she says. “To mix something like that, like Serge Gainsbourg mixed with Brian Eno, it’s like, wow.”

Babbitt adds that Congleton’s mix played a significant role in the tone and style of the album: “He really got his hands dirty in terms of shaping the flow and really exaggerating the differences between songs, or different sections or parts of songs.”

Perhaps bracing herself for the commentary that inevitably accompanies each evolution in her sound, Olsen’s quick to clarify that even if she’s trusted an arrangement or mix to a collaborator, it’s never the case that she was talked into something she didn’t believe in. Everything she presents goes through a rigorous artistic vetting.  “I try to control everything as much as possible,” she says. “And so someone who says that my sound changed, and it wasn’t me? It’s insulting that someone would think I write all these things, then allow someone to just do them for me. Like really? I don’t think so.”

In the end, Olsen loved the drama and innovation of the produced album so much she shelved her original idea for releasing All Mirrors as a double LP with a stripped-down first half: “I wanted to come out of the gates swinging.”

You can read much more from Angel Olsen in the current issue of Uncut, in shops now with Jimmy Page on the cover – and a free CD of Wilco covers!