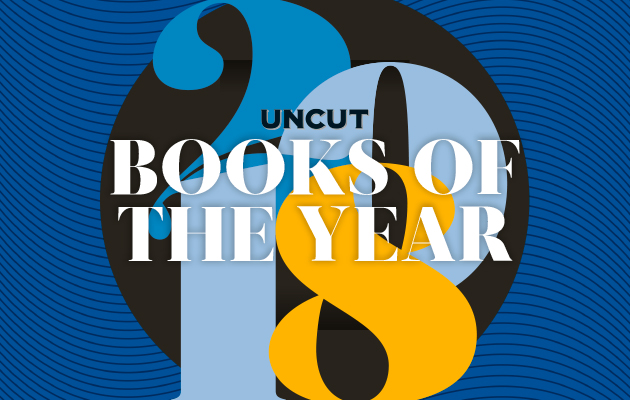 10
ALL GATES OPEN: THE STORY OF CAN
Rob Young & Irmin Schmidt
Half forensic biography,  half “cultural symposium”,  All Gates Open is pretty close to the book Can deserve. Erudite and in-depth, as well as over-reaching and frustrating at times, its mix of aesthetic stringency and exploratory zeal underscores why this music continues to resonate.

8
LET’S GO (SO WE CAN GET BACK)
Jeff Tweedy
As you’d expect from a songwriter of Tweedy’s reach, Let’s Go offers rich rewards concerning his craft and the extremes of life  in Uncle Tupelo and Wilco. It’s the longing light he shines on childhood, however, and the tender tributes to his family, that truly hit home.

6
THE GIRL IN  THE BACK
Laura Davis-Chanin
As drummer in CBGB hopefuls Student Teachers and teen lover of Blondie’s Jimmy Destri, Davis-Chanin rubbed shoulders with Bowie, Iggy and Talking Heads in late-’70s New York before illness halted her ambitions. Her account of missed opportunity and proximate fame hums with rueful insight.

4
MEMPHIS RENT PARTY
Robert Gordon
A sparkling greatest-hits compilation from a thoughtful writer diving deep into his specialist subject. Though Gordon’s essays include intimate encounters with Townes Van Zandt, Alex Chilton and Jerry Lee Lewis, it’s his brushes with Memphis’s lesser-known blues and soul survivors that give the book its poignant, piquant flavour.

1
BEASTIE BOYS BOOK
Mike Diamond & Adam Horovitz
It’s hard to recollect another book that so successfully maps the entire world of a band. Seven years after their final album, and six from the untimely death of Adam Yauch, Beastie Boys Book is a valedictory last hurrah. The 600-page doorstop covers the trio’s roots in early-’80s hardcore, their Great Rap Scare notoriety, the hyperactive pan-genre sprawl of their greatest work, and scrapes with everyone from Madonna to Lee Perry. A narrative spine of sorts is provided by the conversational tug-of-war between Diamond and Horovitz, while cartoons, Korean recipes, photo essays, playlists and guest pieces from Amy Poehler, Spike Jonze and Colson Whitehead add limbs, heart and head. The result? A full-bodied triumph.