In the next edition of Uncut, out on September 25 in the UK, Alastair McKay recounts a recent trip to Mike Scott’s flat in Dublin. McKay is there to interview Scott for a piece on the making of The Waterboys’ “Fisherman’s Blues”, a wonderful album which, imminently, will be memorialised by a 7CD compilation of its epic sessions, “Fisherman’s Box”. 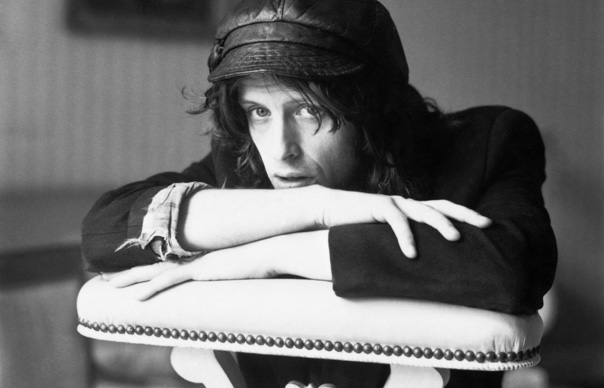 In the next edition of Uncut, out on September 25 in the UK, Alastair McKay recounts a recent trip to Mike Scott’s flat in Dublin. McKay is there to interview Scott for a piece on the making of The Waterboys’ “Fisherman’s Blues”, a wonderful album which, imminently, will be memorialised by a 7CD compilation of its epic sessions, “Fisherman’s Box”.

It’s a marathon listen, a meticulous reconstruction of how Scott evolved his vision of the Big Music to encompass visceral new connections to gospel, country and, especially, Irish folk music. It transpires, though, that Scott was being rather economical with his selections when he put together “Fisherman’s Box”. At his computer, he shows McKay his musical archive for “Fisherman’s Blues”, which runs to 642 pages. The album was finally released in the autumn of 1988, but Scott tells McKay that a decent album from the earlier sessions could have come out at least two years earlier. “I wasn’t skilled enough in the process of recording,” he admits. “I thought, ‘Nah, we can’t release that, let’s do more…’”

I first heard a few songs from “Fisherman’s Blues” – most notably the title track, and “We Will Not Be Lovers” – and a good few more from “Fisherman’s Box” – “Saints And Angels”, I definitely remember – as a schoolboy at Nottingham Rock City in the spring of 1986; my second ever gig and, though a certain sentimentality might have coloured my memories in the interim, still one of the best and loudest I’ve ever seen. When the album was finally released, I was in the final year of university, but the songs still resonated, not least because my tolerance and taste for Celtic-tinged music, inspired by “Too Rye Ay” and nurtured through a lot of Van Morrison records in the intervening years, had become substantially stronger.

I suspect, though, that I’m not the only one with sizeable emotional investment in this record. Scott’s music had always been finely attuned to a sense of the mythical and the romantic; it wasn’t just escapist, it mapped the act of escape as a noble imperative. “Fisherman’s Box” might show the flubs, trial runs, cringe-inducing in-jokes, occasionally hokey appropriations of Irish culture and endless Dylan covers that were critical parts of the three-year process, but Scott is much too canny a curator of his own legend to undermine it. Through various studios and a ridiculously gilded sequence of drummers (including Jim Keltner, Jay Dee Daugherty, Dave Ruffy, Noel Bridgeman, Kevin Wilkinson, Pete Thomas, Pete McKinney, Fran Breen and Prairie Prince), it’s styled less as a tortuous slog, more as a transporting quest.

So the six CDs (the seventh is a comp of recordings that influenced the sessions) chronologically chart the progress of a band who start to follow up “The Whole Of The Moon” and “This Is The Sea” in a Dublin studio, spend some time in Berkeley with Bob Johnston, and end up in a sprawling country house in Galway, cycling there from various cottages along the coast road every morning. Not all of it is exactly edifying: some of the comedy interludes – especially whenever the Waterboys dedicate something to BP Fallon – reveal that Scott’s sense of humour doesn’t always translate smoothly beyond the parameters of his studio space (though “Dee Jay Way”, which invokes Simon Bates before erupting into a gleeful chorus of “He’s a BASTARD” has a certain charm).

What you do get, though, is a compelling picture of a band reconfiguring itself, as Steve Wickham’s fiddle drives the band on with ever-increasing vigour, and Anto Thistlethwaite phases out his Clarence Clemons sax blasts in favour of elaborate mandolin parts. The Dylan fixation is a good indication of Scott’s outlook, a clear desire to recreate the rootsy liberation of the “Basement Tapes”, and it extends into some of the original songs: “She Could Have Had Me Step By Step” is like a fantastically overdriven Irish folk band’s take on “Highway 61 Revisited”.

Other influences are more implied, though. A mighty 12-minute version of “Too Close To Heaven” on CD2 extrapolates the tilting grandeur of “Whole Of The Moon” into something more drawn-out and soulful, providing a vivid and explicit reminder that “Purple Rain” occasionally figured as an encore at 1986 shows. Gradually, you can hear a band working their way away from bombast without sacrificing any of the intensity and ambition. “Soon As I Get Home” is a cover of a song Scott learned (as I learn from his usefully thorough track notes) from a modern Gospel album by the Thomas Whitfield Company, stretched out in this version to 25 remarkably subtle minutes.

Tricky to fit on the original album, perhaps, even though Scott admits in our forthcoming feature that he should have pushed for “Fisherman’s Blues” to be a double or triple set. What else would have made the cut, though? There are a bunch of obvious candidates: the aforementioned “Too Close To Heaven” and “She Could Have Had Me Step By Step”; the frequently attempted “Higherbound”(the third version, from Dublin 1987, is my personal favourite); and perhaps best of all, “Higher In Time”, which moves through numerous iterations (including a monumentally daft capering folk take, with Scott using an antic Scottish burr) before resolving itself into the magnificent “Higher In Time Symphony”.

I’m conscious that this preview might be shaping up into a series of spoilers, but every trip through “Fisherman’s Box” fetches up new treasures. It’s the ultimate kind of box set for obsessives, if not exactly a practical substitute for the original masterpiece. A rolling piano version catches Scott in the act of formulating “Fisherman’s Blues” itself, the fusion of epic and earthly that is crucial to the song, and the album’s magic. Five minutes later, he has reconfigured the instrumentation and recorded it again, in what would become the originally released version. And personally, while I’m just about aware of the limits of my colleagues’ patience, I could listen to multiple takes of it all day.