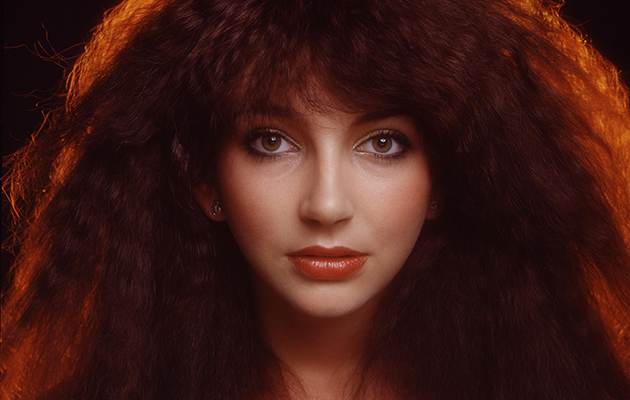 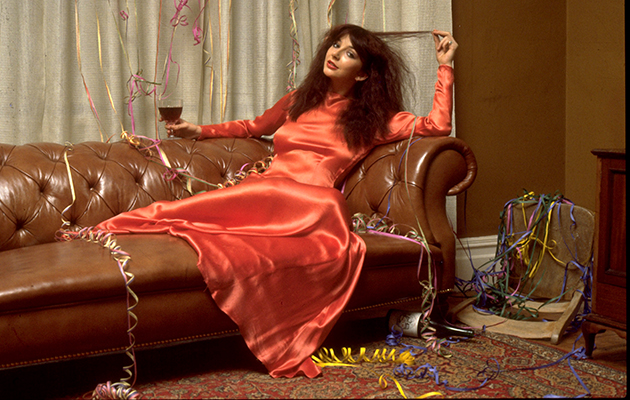 GERED MANKOWITZ (Photographer): I took the infamous ‘leotard’ photo in my Great Windmill Street studio in Soho in early 1978. I was doing a lot of work for EMI, and they called me and said, “We’ve got this extraordinary young woman called Kate Bush, she sounds like nobody else, she’s wonderful to look at, but we don’t know what to do with her. We need some photographs, we need an image.” I always found the clothes that dancers used during rehearsals a very attractive look, and I thought it was a natural fit for Kate because she was so into dance and movement. I simply suggested we got leotards and woollen working socks and all that gear, and they put it to her and she seemed to like it. When the pictures were processed, the advertising agency EMI had employed to promote “Wuthering Heights” came up with the campaign of putting the posters on buses, and selected the one in the pink leotard – famously showing her nipples – and the rest is history. She certainly wasn’t uncomfortable with it. She was perfectly aware of how she looked, because she had spent two hours in the dressing room during the shoot. It was her choice, done with her full participation and knowledge. She was very comfortable with her body. The pictures were a huge commercial success and I think they had a great deal to do with putting Kate on the map.

KELLY: I can remember saying to Kate, “You’re going to be so famous you’re not going to be able to walk down the street.” I said that to her after the first week of recording, though she wouldn’t have believed it.

POWELL: The unusualness was key, this strange girl. As soon as she did “Wuthering Heights” on Top Of The Tops, that made a difference, too, because it wasn’t a conventional performance.

BAIRNSON: It was quite a shock when I saw her first on Top Of The Pops, because the Kate that we knew in the studio and the one that turned up on TV was a completely different persona.

BATH: She was just a bag of nerves her first time on Top Of The Pops. Unfortunately it’s not a great performance. It wasn’t ideal. The KT Bush Band all went along expecting to play, and at the BBC they said, “Oh no, we use our own musicians.” We were all upset not to be included in it, and so was she. All we could do was stand in front of her and say, “Come on Kate, go for it.” But she was very nervous. I think if we had been on stage with her it would have been better, but it didn’t matter. The song was already massive by then. I think the video helped.

BRIAN WISEMAN (Video maker): She had done an outdoor video for “Wuthering Heights” but EMI asked Keith MacMillan to shoot another, which I worked on. We did it really quickly, through the middle of the night at Ewart studios in Wandsworth. We got halfway through it, decided we didn’t like what we were doing, and started over. We got an idea from some Canadian movie Keith had seen, shot it on video and went down a load of generations to get that ghostly, mirrored effect. It was quite striking. She didn’t have any real creative input on that at all, as I recall, but she was very nice, very quirky.

POWELL: When I saw the first video I thought, Oh, OK, this is going to be an interesting development! By that point it was clear that there was a whole lot of layers to what she was doing. From that point on, there was no stopping her.

Graeme Thomson is the author of Under The Ivy: The Life and Music of Kate Bush