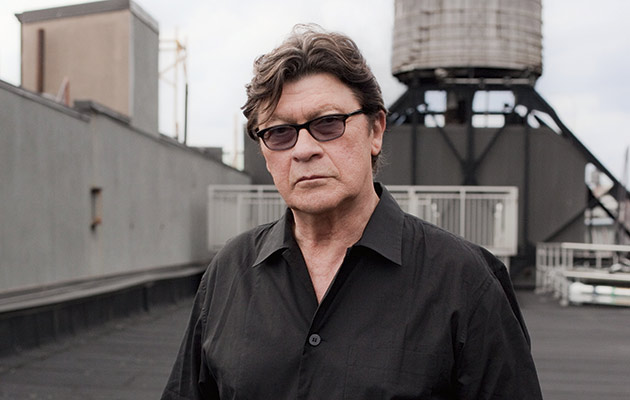 In his 52-year career as songwriter, Band leader and, according to Bob Dylan, “mathematical guitar genius”, Robbie Robertson has played his part in the evolution of American music. Aged just 16, in 1959 he joined Ronnie Hawkins’ backing group. The Hawks later conspired with the newly electric Dylan, before becoming The Band, a polestar of US music. Since leaving The Band in ’76 Robertson has collaborated with Martin Scorsese and released five solo albums. At 67 he still embraces the mystery of creative exploration. “You don’t necessarily recognise these things as they’re happening,” he tells Uncut. “It’s always a discovery process.” Interview: Graeme Thomson. Originally published in Uncut’s April 2011 issue (Take 167).

BOB DYLAN
The Bootleg Series Vol 4: Bob Dylan Live, 1966, The ‘Royal Albert Hall’ Concert
(Columbia, 1998)
The most famous live bootleg in rock history was finally released in 1998, and captures Dylan & The Hawks in their ragged pomp at Manchester Free Trade Hall in ’66. Their music enrages folk purists, one of whom famously cries “Judas!” at Dylan…

ROBERTSON: Oh, I remember the “Judas” night, but we’d heard it all before. We’d toured the US, Canada, Australia, then all over Europe, so by the time we got to England we were hardened veterans of negativity. It was an interesting experience, to go all over the world and have thousands of people turn up to boo you – they’d throw stuff, too. I learned to play guitar without looking at my hands, because I had to watch out for flying objects. An extraordinary experiment in terror. At some point you think, ‘God, it’s only music.’ That night in Manchester we knew we were in the zone and we did something beautiful. After the show we’d listen on a little mono Nagra tape recorder and we’d say, “That’s not that bad!” We just had to barrel through, but there were times when you woke up screaming, “Maybe I’m wrong!” We’d pick up a newspaper and it would talk about how terrible the show was. We were in the middle of a musical revolution, and it was very challenging to believe in something when no-one else did.