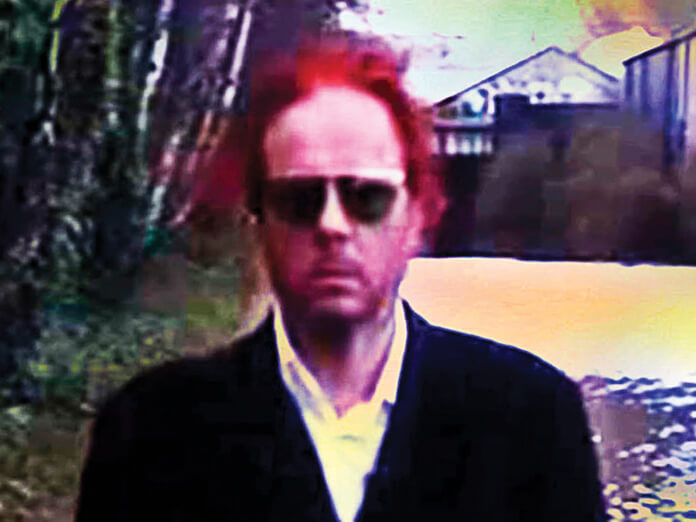 TONY CONRAD WITH FAUST
OUTSIDE THE DREAM SYNDICATE
CAROLINE, 1973

Richard H Kirk: There was some interesting stuff bubbling under before punk kicked in. I’d been listening to Faust when I was at sixth form, so I probably just spotted this somewhere in a record shop. I was quite into the whole idea of drones and long repetitive tracks. I used one side of this, “From The Side Of Man And Womankind”, as an intro for Cabaret Voltaire in the late ’70s, because it was a really good tension builder, it just went on and on. I intercut it with James Brown and some ’60s R&B, and it was perfect for building a tense atmosphere before the show. You can’t beat a good drone!

The combination of Eno doing what he was doing, and then Fripp playing his guitar through two or three tape machines to get these really sustained delays made for a good end result. I used a lot of effects on my guitar, so I suppose to a certain extent I was influenced by this. The cover is kind of like a labyrinth, hall of mirrors thing, and apparently if you look closely there’s some pornographic playing cards in the middle of it… I could have easily picked [1975’s] Evening Star, which is just as strong.

THE CRAMPS
SONGS THE LORD TAUGHT US
IRS/ILLEGAL, 1980

The Cramps were ticking a lot of boxes for me, especially with that trash horror thing I loved in films. They were doing stuff with guitars that wasn’t punk but still had that punk energy to it. They had that rockabilly aspect to it as well, and almost a surf feel with Poison Ivy twanging. The Cramps played in Sheffield around this time, and I remember Lux Interior smashed a hole in the ceiling above the stage, he just punched the fuck out of this low roof, and as a result they didn’t get paid because they had to repair the damage. You don’t see stuff like that much these days!

There was a record store in Sheffield back in the mid-’70s called New Beat, and it was basically all Jamaican stuff. Adrian Sherwood used to deliver records there in his younger days. It was in there that I saw the cover and title of this and thought, ‘This sounds interesting.’ To this day I don’t know who some of the artists are, because it doesn’t have any information on it. But I know there’s a Bob Marley cover on there for sure. Oddly this album’s sponsored by Air Jamaica! But it’s a great cross-section of dub with some nice vocals as well, and a quite dark and heavy vibe.

This is basically Neu! without Michael Rother. The first side is a bit tinny, there’s not a lot of bass, but I was fascinated by it. The sleeve looks like a photograph of Düsseldorf airport, and it was just more great German stuff. This was a bit of a favourite, with Hans Lampe and Thomas Dinger on double drums and that motorik beat. The first side had quite an amphetamine vibe to it, but maybe that’s just my take on it, I’m not sure what those guys were up to – probably more psychedelics than amphetamine.

I don’t know a Kraftwerk record that I don’t like, I’ve been a massive fan ever since Autobahn came out. The Man-Machine is 40 years old and it still sounds like the future, it’s just so clean and perfect. Giorgio Moroder and Donna Summer’s “I Feel Love” has a similar feel, with similar sequencer parts, and that’s just great as well. The idea of ‘the man-machine’ is basically what Kraftwerk are now – I saw them live in 2017 and they’re a living museum of art, totally all-encompassing. I’m sure at some point they will replace themselves with proper, advanced robots.

This is quite ahead of its time, in terms of LGBT themes – I mean, he was hanging around with Warhol and all the transvestites [in that scene]. It’s quite a sweet record really, compared to the Velvets, but then Lou always had a sensitive melodic side as well as the more abrasive anti-music side. Listening to “Perfect Day” and “Satellite Of Love”, they’re just really beautiful pieces of music with a knowing sense of humour. So yeah, it was a popular record. Obviously Bowie had quite a hand in it, as did Mick Ronson, who did all the arrangements and played guitar.

I’d been listening to Fela Kuti since the ’70s and I loved his stuff, loved the fact he was political – he was really abrasive about the Nigerian government and the army, which got him into serious trouble. This is slightly different from what you’d normally get from Fela. On “2000 Blacks Got To Be Free”, Roy Ayers plays vibes and sings, which gives it a whole different feel. What I like most about the album is the sentiment, about unity and black people getting a better deal. In the days of Trump and populism, it’s even more relevant now than it might have been when it came out.