I missed Mikal Cronin’s UK debut by a few hours, having to leave the excellent No Direction Home festival before he played. From a muddy field in North Nottinghamshire, though, to a hipster pub in Dalston, and the first London show for this Californian early-20something and his terrific band. 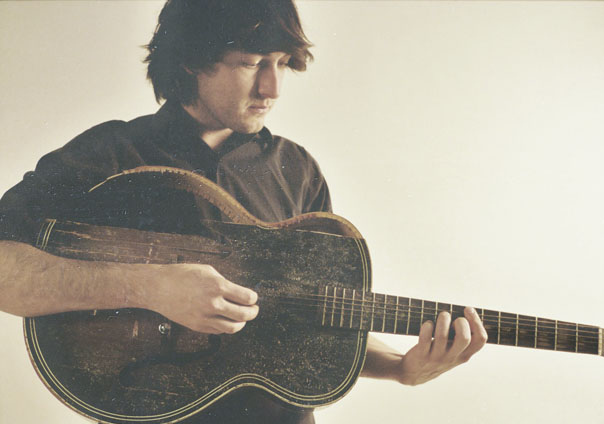 I missed Mikal Cronin’s UK debut by a few hours, having to leave the excellent No Direction Home festival before he played. From a muddy field in North Nottinghamshire, though, to a hipster pub in Dalston, and the first London show for this Californian early-20something and his terrific band.

Cronin has been something of a regular musical presence on this blog and in the Uncut office over the past year or so, thanks in no small part to last year’s amazing self-titled debut album, which pleasingly made it into Uncut’s 50 best albums of 2011 list last December. “Mikal Cronin” was produced by the currently omnipresent Ty Segall, and Cronin also figures prominently in Segall’s current band (check out the forthcoming “Slaughterhouse” album that I blogged about here).

In another time, and with more nefarious A&Rs hassling them, you’d envisage Cronin and Segall as dual frontmen of a single group, channelling their energies into some kind of two-headed garage rock monster. Their actual careers, though, are enjoyably messier and more fecund than such an arrangement would allow.

They are also, as this superb gig proves, something more than mere garage revivalists. Cronin has plentiful hair, a 12-string which keeps going out of tune (“Oh my God I’m sorry,” he says at one point, “I have too many strings…”), a sweet voice which can hold a falsetto Beach Boy harmony, and a bunch of very potent songs. The one-two-three salvo of “Is It Alright”, “Situation” and “Apathy” is as dynamic and enjoyable an opening as I’ve seen in a while.

It’s hard to tell that Cronin is actually playing a 12-string (apart from the brief, Byrdsy intro to “Again And Again”), but the rushing janglepunk of his sound is rich as well as punchy, especially when his fellow guitarist takes the spitting leads played by Segall on the record (his harmonies are more or less spot-on, too). The bassist has a head-down mop and a broken toe, the drummer is a beast, and the whole band have a kind of unslick slickness, a drilled spontaneity ideal for this sort of music.

What they sound like, mostly, is a supercharged, super-melodic version of American college rock from the late ‘80s or early ‘90s: “Bleach”-era Nirvana, late Husker Du, and especially a non-slouchy Teenage Fanclub come to mind. The period detail is hammered home by Cronin’s choice of cover – Guided By Voices’ “Teenage FBI” – that with its classicism, economy and brio fits in perfectly with the nuggety excellence of Cronin’s own songs like “You Gotta Have Someone” and “Get Along”.

At the end, there are a couple of swift freakouts in “Gone” and “Green And Blue”. It’s the momentum of Cronin’s show that’s so impressive, though; the thrust and gush of his great songs that not even technical problems can derail. Can’t recommend this guy enough, once again – anyone else seen him live?