Bridget St John on Kevin Ayers: “He was a lovely, beautiful human being”

Hopefully, you'll have seen the new issue of Uncut by now, which includes a terrific cover story on The Who's early ascendancy, plus Cream, Matthew E White, Jeff Lynne, Kurt Vile, and more - including a piece by Allan on Kevin Ayers. 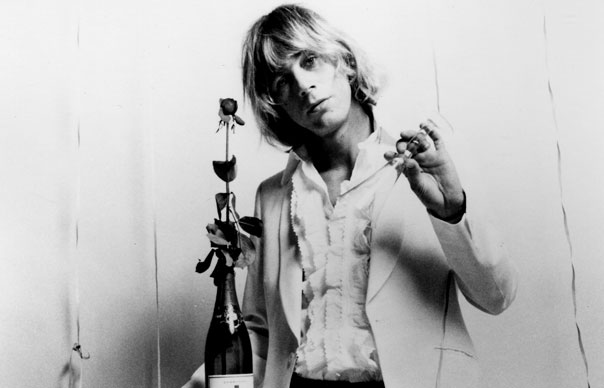 Hopefully, you’ll have seen the new issue of Uncut by now, which includes a terrific cover story on The Who’s early ascendancy, plus Cream, Matthew E White, Jeff Lynne, Kurt Vile, and more – including a piece by Allan on Kevin Ayers.

I helped Allan out with the interviews for his story, not all of which we were able to fit into the final piece for space reasons. One of those was with Bridget St John, who’d been a friend and sometime collaborator of Kevin’s since the late 1960s. So with me filling in for Allan on newsletter duty today, it strikes me as a good opportunity to run in full the transcript of my interview with Bridget. Here it is.

How did you first meet Kevin?
I’m pretty certain that the first time I met him was in late 68 or 69 at a CND rally at Chalk Farm Roundhouse. I think it was probably 69. Everyone – a lot of people were there. But I remember very clearly hanging with him and I think his lady at the time and a lot of other people. I think Robert was there, Robert Wyatt.

What were your first impressions of him?
A lovely, beautiful human being. I’d say that was my first and last impression of him. I think he was very strong and very sure of what he wanted, and I suppose I’m talking creatively because that was most of my connection with him was through music. But he was gentle but sure of what he wanted from whatever he was doing. In my case, either me singing with him on his songs or him producing the single that he produced with me. He was very clear and not waffley at all.

What do you remember of the shows you played together?
We were both with Blackhill Enterprises, which was Andrew King and Peter Jenner and sometimes we’d do the same gigs together and I would sing mostly ‘Jolie Madame” with him, and then he played on my live John Peel session, I think it was a Top Gear session, but again that’s on the BBC release that I have and “The Spider And The Fly” that I did with him is on there as well as “Jolie Madame”. As a performer, he was very spontaneous, I would say, he wasn’t one of those musicians that everything is the same every time you play it. I think he’s very much in the moment. The song would be the same but I think his feeling for it would be coloured by whatever he was feeling and it always felt fresh.

Kevin had a reputation for not taking himself or his music too seriously. Is that fair?
I don’t know if I would use that phrase. I think he had a lot of fun with his music. “The Spider And The Fly”, when we were putting together the BBC album I’d actually forgotten that we’d done that and it’s just got a lot of humour in it. I think a lot of his music has humour in it but that doesn’t mean he didn’t take it seriously. He wasn’t like one of those obsessively serious musicians.

What do you remember of the sessions for “The Oyster And The Flying Fish”?
He wanted me to sing with him. I think our voices were very simpatico, they worked really well together and we were able to sing well together. I’m not a perfect singer and I think that suited his style. I could tune into what he was doing and I think it worked really well. I remember rehearsing with him and I still have the yellow lined sheet of paper where he wrote out all the words and the chorus.

What was he like in the studio?
I think he was controlled and spontaneous at the same time. It’s that thing of you can’t plan your whole life because you’re not going to allow things coming at you, and I think in that sense he was like that in the studio, but at the same time he went in knowing what he wanted to do.

Kevin also produced a single for you, “If You’ve Got Money”, which was a co-write with Daevid Allen. How did that come about?
Daevid didn’t actually play on it. When we did “If You’ve Got Money”, we had to do a b-side, and Kevin said, ‘Daevid Allen wrote this great song and I think it’ll be perfect for you.’ That was “Yep” and it was the b-side but I love it, you know. I think it was a beautiful song.

Do you think the four Harvest albums deserve to be his best-remembered work?
I don’t have an overview of all his work, do you know what I mean?… I always thought Shooting At The Moon was a fabulous album. And Odd Ditties was another one, but I’m not sure if that was collection, though. I never really thought about whether it was a release or a compilation. You’d be able to find that out.

What is it about Shooting At The Moon particularly that’s so memorable for you?
I think it’s partly because that was the time that I was involved with him and the rest of the guys – David Bedford and Mike Olfield and Lol. That was my time with them, if you like, the period I remember best so maybe it’s just the album I know best, but it just encapsulated what they were doing then.

You mention Dave Bedford, Lol Coxhill and Mike Oldfield…What did you make of those guys?
In a way, the whole band was a band of eccentrics, which was interesting. I got along with all of them. I liked all of them, and they were all very different. Lol was older than the rest of us – well, certainly much older than Mike Oldield, who was young – but always very gentle with a great sense of humour. I think that was part of what made that band work. They all allowed each other to be themselves and they all did have a sense of humour. David was classically trained anyway and brought another dimension to things and then Mike was this really talented musician, playing bass with him, but he can play guitar too, but Kevin was playing guitar then.

Did you think Kevin had it in him to be a star or was he not much bothered by notions of success?
I think he might be a little bit like in the sense that it’s much more about the work and the rest will take care of it. My feeling is that I have to do the work and whatever happens it’s out of my hands, although I know there are people who work very hard at trying to make sure that they’re involved in the rest of the stuff around the work, I don’t think he was very interested in the whole business of music, you know.

Do you have a favourite memory of Kevin you could share with us?
I think just working with him and being around… I described him to someone as this really gentle soul and I feel blessed to have been part of his flight through music. I don’t know anything about his demons and I’m glad I didn’t. He was like my friend and musical collaborator and friend in harmony, if you like, in terms of singing. It was always comfortable working with him. Just love for him, really. I don’t have anything else to say really, other than good things.