Willie Nelson – Ride Me Back Home

Nearly 90, not wasting a minute 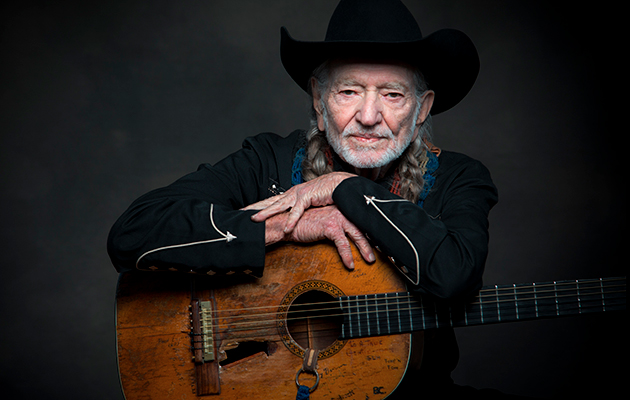 At this advanced stage in the career of Willie Nelson, one does not approach a new album by him anticipating an affronting of expectations. However, it is no slight upon Ride Me Back Home, or the man who made it, to suggest that if you’ve heard a reasonable fraction of Nelson’s barely calculable discography – the studio albums alone nearly clear triple figures – you’ve pretty much got the idea. A new Willie Nelson album is not so much another chapter in a body of work as a recurrence of a natural phenomenon whose origins date back to the primordial mists, like some extremely affable volcano.

Ride Me Back Home is the putative conclusion of a recent triptych of Willie Nelson albums with obviously elegiac titles – its thematic predecessors were 2017’s God’s Problem Child and 2018’s Last Man Standing. Not since Warren Zevon backed up Life’ll Kill Ya with My Ride’s Here has an artist more obviously foreshadowed a grappling with mortality.

Like most of Nelson’s recent albums – and he has released more than a dozen this decade alone – Ride Me Back Home was produced by, and partly co-written with, fellow Nashville veteran Buddy Cannon, with the running order rounded out by covers astute and/or quixotic. Nelson is in fine fettle throughout – he has always had the advantage, as male country singers often do, of possessing the kind of voice that takes time to grow into, and he arguably sounds more like himself as a melancholy octogenerian than he did as the clean-cut kid who grinned from the cover of “And Then I Wrote” back in 1962. As ever, his guitar-playing is a marvel, that legendarily battered Martin N-20 known as Trigger still responding bountifully to Nelson’s dextrous caresses after half a century of service.

The title track is credited to Nelson and Sonny Throckmorton, who has also been shaping what we understand as country songwriting since the Earth cooled. It is unarguably a reworking of a familiar country trope – the horse as a symbol of freedom – but given the decades Nelson and Throckmorton have devoted to inventing and defining country tropes, they’re entitled to it. Inspired by the 60-odd rescue nags that Nelson keeps on his Texas ranch, it’s a gently roguish trundle anchored by keening harmonica, Nelson twinkling as he narrates a vision of pastoral sanctuary.

“Ride Me Back Home” outlines a template and sets a standard from which the album does not much deviate. The more immediately gripping tracks are the grittiest, like the prowling blues of “Seven Year Itch” or the upbeat shuffle of “Come On Time”, set to a train-song beat and underpinned by a low, twanging electric lead. It’s hard to hear either as anything other than rages against the dying of the light. On the former, Nelson sounds pleased to detect life in the old dog yet (“Getting nowhere slow, but I’m feeling good”). On the latter, he’s outright daring the Reaper to come and have a go if he thinks he’s hard enough (“I say come on time, I’ve beat you before/Come on time, what have you got for me this time?”).

But as has often been the case throughout Nelson’s career, for all that he has projected himself as the jut-jawed, ponytail-dangling, Texan rebel stoner, he’s at his best as an unaffected crooner of sentimental ballads, of which “Ride Me Back Home” has plenty. Two are Guy Clark songs, both decorated with virtuoso Trigger solos – “My Favourite Picture Of You”, and the unabashedly pro-huddled-masses-yearning-to-breathe-free “Immigrant Eyes”. (Where America’s culture wars are concerned, there has never been much doubt which side Nelson is really on.) Another is the daft but likeable Mac Davis novelty “It’s Hard To Be Humble”, recorded in cahoots with Nelson’s sons Lukas and Micah. And one is Billy Joel’s “Just The Way You Are”, which Nelson sings with a quite beautiful matter-of-fact tenderness, demonstrating that there are no shallows in which he cannot locate depth.

One of Nelson’s more arresting projects of recent years was 2018’s Frank Sinatra tribute My Way. The best of Ride Me Back Home feels as much a companion to that as to its predecessors in Nelson’s trilogy of reckoning – there’s a certain Sinatra-esque conspiratorial intimacy. On the after-dark jazz of “Stay Away From The Lonely Places” and the tottering waltz of “Maybe I Should’ve Been Listening”, Nelson reminds us – again – that while it might seem odd that an approximate contemporary of Hank Williams is still making records, it’s not like the queue of plausible replacements as the pre-eminent interpreter of American song is a long one.