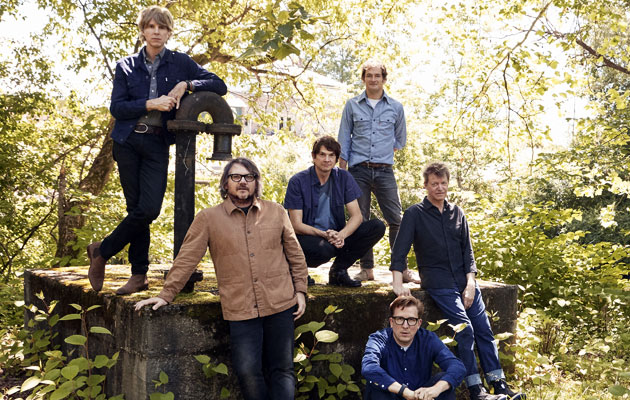 Ode To Joy is not a great title for Google search results, but it certainly succeeds as a statement of no-fucks bravado. Indeed, the follow-up to Star Wars (2015) and Schmilco (2016) is precisely the opposite of the grandiose and anthemic symphony composed almost 200 years ago. Wilco’s Ode To Joy instead gently reframes Beethoven’s celebration of comradeship for a modern audience. Swapping a chorus of literal voices for symbolic ones, it’s a protest record only this sextet could make, one that rings loudest in its simplicity. It favours subtle textures and hushed vocals, and further reveals its wisdom with each listen. If Being There was Wilco’s Born To Run, this is their Nebraska.

Tweedy’s lyrics don’t stray far from what we already know of his work, but here his poetic observations on self, place and time are loaded with far more meaning than the word count suggests. “I don’t like/The way you’re treating me,” he sings at the start of album opener “Bright Leaves”, layered with ambient synth, feathers of acoustic and electric guitar, piano, gentle bass thumps and the pat of slow-marching drums. “You’ll never change/You’re never gonna change,” he sings, resigned.

The tempo ebbs and flows throughout Ode To Joy, but the beat tends to mirror the padded boom of feet on pavement, a subtle reminder of the fruits of dissidence and a march toward the future. “Remember when wars would end/Now when something’s dead/We try to kill it again,” Tweedy sings on “Before Us”, which blends the acoustic intimacy of much of his solo oeuvre with the inventive textures and layers of classics like Yankee Hotel Foxtrot. Glenn Kotche’s misty percussion and Nels Cline’s electric guitar warbles elevate the tune from mere folk song, though it fits squarely within the canon of that genre’s protest legacy.

Throughout, however, Ode To Joy refuses to allow politics to creep into the narrative in an obvious way, instead focusing on universal themes of love, memory and humanity. Yet what Tweedy doesn’t say is equally as interesting, with the result being that the album can be heard as a subtle indictment of the self, of our current political quagmire and its myopic runoff, or as a challenge to resist an increasingly autocratic climate breeding hate and helplessness. It’s a call to march forth in the face of unrelenting tragedy and chaos, “alone with the people who have come before us”, as Tweedy puts it on “Before Us”.

An increase in tempo at the album’s mid-mark underscores a new lyrical clarity. “Everyone Hides” explores the complexities of the human condition while the vaguely tiki-esque “White Wooden Cross”, complete with George Harrison slide, finds Tweedy contemplating loss via meditations on the homemade reminders that dot so many American highways. “Women and men/Citizens/Carry your own cross/Careless/Care less/You are the albatross,” he sings over a clacking of drums and percussion on “Citizens”, a hootenanny fraught with conflict.

The album culminates in highlight “(Beware) Love Is Everywhere”, a sunny declaration that recalls the stripped-down touchstones of Elliott Smith – all hushed vocals and off-kilter drums – with the addition of a heroic Cline-conceived guitar hook. These two elements gel perfectly, like an earthen meditation layered with the call of a high-flying bird. Even if it was written as a caution to self, as Tweedy has said it was, it endures as a fitting reminder of our greatest weapon, one only we can control. It works, too, as a call to action, by revealing perhaps the most universally understood double-standard in a most tender and profound way. “Right now I’m frightened how/Love is here/Beware/Our love is everywhere,” Tweedy sings, a warning that though love abounds, there’s also never enough of it.

Ode To Joy counters the loose and low-stakes nature of Star Wars and Schmilco in a series of finely honed reflections that adds a new perspective to the conversation of politics. If anything, it’s a good reason to break from the alerts and viral soundbites that comprise so much of modern consciousness, and engage with perhaps the most primal, and thus revolutionary, sound in this digital era: gentle acoustic guitar. And maybe that’s the point. The songs here are simple, but they contain multitudes.