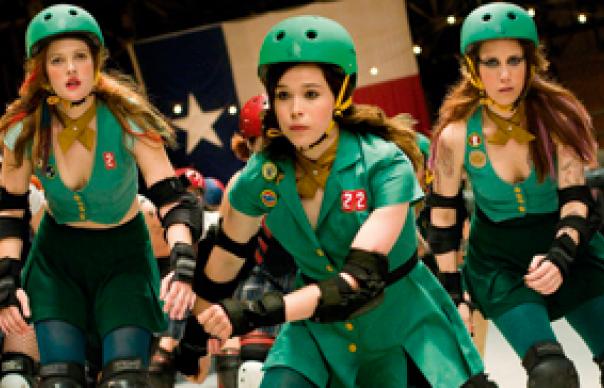 Whip It! is a curiosity. On one hand, it marks Drew Barrymore’s directorial debut; more intriguingly, it offers insight into a world rarely depicted in movies: women’s sports.

While Bend It Like Beckham or Million Dollar Baby have addressed the attempts of women to become established in a male environment, Whip It! is almost exclusively girl-powered.

Juno’s Ellen Page is 17-year-old Bliss, groomed for pageant shows by her overbearing mother, who discovers there’s more fun to be had at the Texas Roller Derby league.

It’s hardly searing, feminist stuff – Barrymore opts instead to give us a breezy piece of hipster kitsch. Under aliases like Bloody Holly and Iron Maiven, Bliss and the girls unleash hell-on-wheels to a soundtrack that includes The Breeders, MGMT and Kings Of Leon. Slight narrative arc notwithstanding, there’s a lot of warmth here.