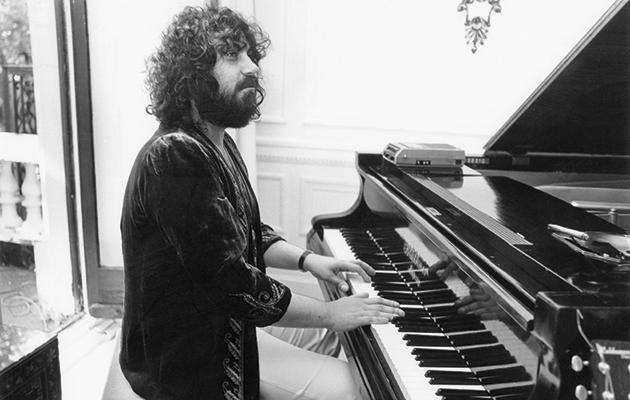 Come 1970, Evangelos Odysseas Papathanassiou was on course for rock’n’roll’s event horizon. A founder member of the Greek progressive rock band Aphrodite’s Child, his grand and apocalyptic musical visions were the guiding force for the group’s third album, 666 – a musical retelling of the Biblical Book Of Revelations, inspired by Sgt Pepper and The Who’s Tommy. All this was too much for the group’s other members, and the band dissolved shortly afterwards.

By now, though, Vangelis was already on another path. His next project was the soundtrack to Frédéric Rossif’s 1970 wildlife documentary L’Apocalypse Des Animaux, and its sound – a set of poignant, symphonic pieces for Hammond organ, Fender Rhodes and trumpet – give a glimpse of what was to come. Come the early ’80s, the Greek composer would be one of the most sought after in all of Hollywood, thanks to his scores for Blade Runner and Chariots Of Fire – the latter of which won an Oscar in 1981. Now, Delectus, a beautifully presented 13CD boxset, collects remasters of Vangelis’ early work for Vertigo and Polydor, freshly remastered under the supervision of the composer himself.

The breadth here may surprise the newcomer. The first CD here, 1970’s Earth, is still firmly rooted in progressive rock, from “Come On” – a call to arms featuring furious lead guitar from Argiris Koulouris – to more meditative excursions like “We Are All Uprooted” and “He-O”, a sort of Mediterranean take on the spiritual Krautrock that Florian Fricke was pursuing in Munich with his group Popol Vuh. Deeper in, we find fine and varied examples of Vangelis’ wandering muse. 1979’s China captures the composer in tourist mode, balancing simmering synthesizers with gong, harp and zither. The likes of “Chung Kuo” and “Yin & Yang” are far from authentic, but have a relaxed, faintly regal quality it is easy to love. Mask, meanwhile, strikes a mood of dark drama, summoning the English Chamber Choir to boom mightily over racing synth arpeggios – or, on “Movement 4”, an eerie, hypnotic gamelan.

The material collected on Delectus is not faultless. Three albums made with Yes vocalist Jon Anderson skirt kitsch, the pick probably being 1983’s Private Collection, thanks to the pristine 23-minute “Horizon”. Its central score aside, Chariots Of Fire feels padded with filler. Nor is this quite the full survey of Vangelis’ early period. Missing from the collection is the Blade Runner OST and perhaps the composer’s first great solo work, 1975’s Heaven And Hell. Still, as a broad survey of a musician sometimes dismissed by his proximity to the new age movement, this broad collection should be a necessary corrective.