Van Morrison – Born To Sing: No Plan B

A real return to form, though it can't match Van's best... 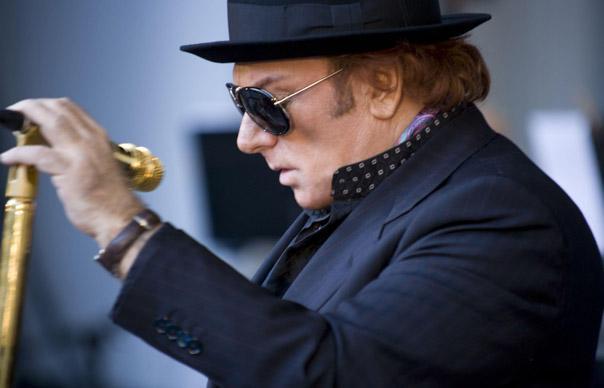 A real return to form, though it can’t match Van’s best…

Those who believe in omens could be forgiven for harbouring high hopes for Van Morrison’s 45th album. It has, after all, been a while since he last dallied with true greatness. Somewhere around the early 90s the febrile, liquid promise that powered his best music solidified into something grudging and workmanlike, but recently there have been signs that Morrison is waking up once more to the fact of his own peculiar genius.

His reimmersion in Astral Weeks via a series of spectacular concerts at the tail end of 2008 seemed to spark a reconnection with what we might call Deep Van. Recent live shows have included choice cuts from some of his most transcendent albums: not only Astral Weeks, but Into The Music, Common One and No Guru No Method No Teacher.

We might, therefore, have hoped for fireworks from his first studio album since 2008’s Keep It Simple. It hasn’t quite worked out that way, though there is much here to enjoy and even treasure. The awkwardly-titled Born To Sing: No Plan B finds Morrison recording for Blue Note, and while you wouldn’t call it a fully-fledged jazz album it’s certainly closer to that than some extended Avalonian exploration. Useful touchstones include the snappy soul shapes of Moondance, the punchy R&B of His Band And The Street Choir and the more languid contemplations of something like Poetic Champions Compose.

The opening “Open The Door (To Your Heart)” is archetypal, Morrison revisiting the breezy, accessible swing of “Wild Night”, “Bright Side Of The Road”, “Days Like This” and “Real Real Gone”. The piano solo in the finger-clicking “Close Enough For Jazz” echoes its counterpart in “Moondance”, while you could imagine Fats Domino tackling “Born To Sing”, a solidly soulful affirmation of Morrison’s sense of vocation. That voice is still a remarkably elastic instrument, variously growling, grunting, whispering, roaring, soaring and blowing bubbles. It’s just a shame the sentiments it articulates are often so sour. This is a record not exactly bereft of grievances (he even takes a side-swipe at “phoney pseudo-jazz”; careful there, old boy), with several songs snarling at those modish whipping boys, greed and materialism. Disguised as a deceptively jaunty rolling blues, “Educating Archie” rants at pretty much everything: the media, “slaves to the capitalist system”, propaganda and, yes, “all kinds of shite”. Elsewhere he cheerlessly approves Sartre’s philosophy that “hell is other people”, and even “End Of The Rainbow”, a sweetly flowing meditation, is marred by malcontent.

It’s a relief when he turns away from the flesh towards the spirit. The lovely “Mystic Of The East” harks back to his loose-limbed post-Them, pre-Astral Weeks Bang recordings. “Pagan Heart” is more agitated, a John Lee Hooker blues-trance which finds Morrison “down by the crossroads”, contemplating Arcadia and damp with the humid Mississippi heat. “If In Money We Trust” is another black mantra against Mammon, but the spur this time is a biting awareness of divine absence. Combining the ominous edge of Van’s own “Streets Of Arklow” with a touch of Aaron Neville’s “Hercules”, it’s a malevolent minor-chord crawl, the dissonant stabs of piano punctuated by creeping horns and Morrison’s wracked cry of “where’s God?”

It’s one of two truly great performances among these ten songs. The other is “Goin’ Down To Monte Carlo”, which starts unpromisingly with a piece of muttered map-reading – “25k from Nice” – but grows into a deep quest for peace. Unfolding over eight minutes, its ebb and flow allows for an Astral Weeks-esque acoustic bass breakdown and a touch of superior scatting. Not real gone, perhaps, but at the very least a bit transported.

If nothing else quite matches these twin peaks, Born To Sing: No Plan B remains a vibrant and timely reaffirmation of Morrison’s talents. It is not the truly transcendent album some may have read in the runes, but it contains several hints that such greatness may, finally, be within his grasp once more.
Graeme Thomson