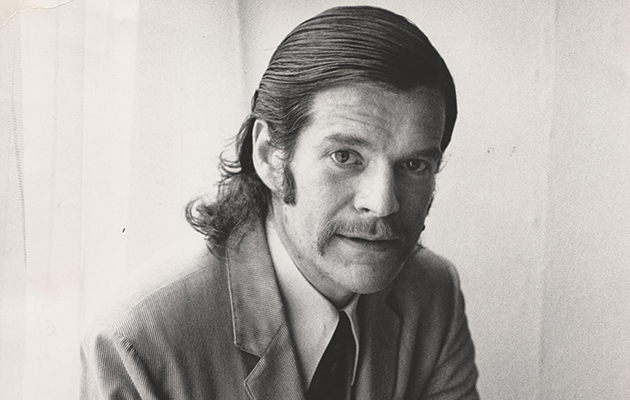 Britain has produced plenty of great jazz musicians over the years – from Victor Feldman to Stan Tracey, from Courtney Pine to Andy Sheppard, from John McLaughlin to Shabaka Hutchings – all of whom have left a mark on the world. But few have been quite as celebrated as the saxophonist Tubby Hayes. Born in 1935 in London, he was one of that generation of musicians who learned his craft purely by listening to his American heroes – there were no jazz conservatoires or workshops where you could learn jazz theory – and ended up becoming so good that visiting American jazz royalty (Miles Davis, Cannonball Adderley, Dexter Gordon, Gerry Mulligan, Paul Desmond) would make a point of checking him out or sitting in with him when they came to London. Indeed, when Sonny Rollins and Benny Golson heard Tubby’s 1961 album Tubbs being played on an American radio station, they thought it was a new Coltrane release.

But in the depressing pattern common to the jazz genius, Hayes’ career was blighted by drug and alcohol abuse (he was one of the celebrity victims of the infamous drug squad detective Norman “Semolina” Pilcher), ill health, clinical depression, suicide attempts and a tempestuous relationship (in Tubby’s case with the American singer Joy Marshall). He’d be dead by 1973, aged only 38.

By that time, Hayes’ star had been on the wane, but not necessarily through his own fault. By the end of 1960s the revolutionary sound of hard bop was seen as a bit passé. On both sides of the Atlantic, jazz musicians were growing their hair, donning bell bottoms and playing over rock beats, often being encouraged to add the obligatory Bacharach or Beatles song to their repertoire. Tubby was no different – in 1969 Fontana’s head honcho Jack Baverstock commissioned an album credited to the Tubby Hayes Orchestra, featuring campy big-band versions of hits like “These Boots Are Made For Walking”, “Hey Jude” and “This Guy’s In Love With You” that matched the Austin Powers-ish flared collars and fulsome sideburns that Tubby was sporting at the time. Almost simultaneously – in one of those “one for you, one for me” agreements – Fontana also let Tubby record a straight-ahead jazz quartet album.

Unfortunately, in 1970, the only British “jazz” album that seemed to interest the world was Ringo Starr’s collection of standards, Sentimental Journey (on which Tubby features quite prominently as a session man). The Tubby Hayes Orchestra album flopped, and Fontana never even bothered releasing the quartet sessions, which languished in a German warehouse belonging to their parent company, Philips, untouched until last year.

Fifty years on, the Grits, Beans And Greens album is something of a revelation, and one that shows Tubby Hayes at his imperious best. He is a garrulous performer, who plays fast and clean, with sparing vibrato, rattling out 16th-note phrases like a machine-gunner. He’s particularly good at using “triangles” – that old jazz player’s trick where, when playing an upwards scale, he plays a note either side of each rising note, to create this kaleidoscopic blur of noise. On a rare ballad, Duke Pearson’s “You Know I Care”, you hear him, for once, reducing the pace, adding some wobble and gliding between notes with the ease  of a trombonist.

This was a time when British jazz musicians were still in a thrall to their American heroes. On the title track you can hear obvious nods to Art Blakey, Horace Silver and John Coltrane; while “Rumpus” sounds like all the best bits from Coltrane’s Giant Steps album knitted into a single seven-and-a-half-minute take. But where Coltrane’s tenor playing is steely and impassive, Tubby’s is filled with sly, puckish slurs, as if he’s playing with a grin on his face while dangling a lit roll-up from the side of his mouth.

Crucially, Grits, Beans And Greens sees Hayes fronting his finest quartet, one that features new recruit Spike Wells on drums. Wells was only 23 at the time and had just dropped out of a philosophy PhD at UCL, but he plays with the energy and verve of a seasoned hard bop veteran. He approaches each song as if performing one constant drum solo. His performance on the opening track, “For Members Only”, is a series of fills, flickers and polyrhythms that ensure he never plays the same four beats identically, interlocking perfectly with bassist Ron Mathewson.

This album comes in two packages –  a five-track single CD and an 18-track double-CD package. The latter features multiple takes of each song as well as some “breakdowns” (interrupted takes) which are all a little excessive, but a  huge advantage is hearing an incarnation of the Tubby Hayes Quartet where pianist Mick Pyne is substituted for the Irish guitarist Louis Stewart, one of the  finest jazz players these islands ever produced. On a bossa-tinged version  of the Cy Coleman standard “Where  Am I Going”, Stewart is usually content  to play smart, funky, Brazilian-style rhythm playing in an accompanying (or “comping”) role. But when Stewart switches to playing single-note solo runs, he is one of the few  non-American frontline players who could hold a candle to Tubby – funky and hard grooving like Grant Green, but with the Bach-like complexity of Charlie Parker. Throughout the second take of the song, you can almost hear them urging each other on, taunting each  other into more and more audacious territory.  A real treat.