The Stooges – The Weirdness

No fun? Iggy and the Ashetons reconvene after 34 years 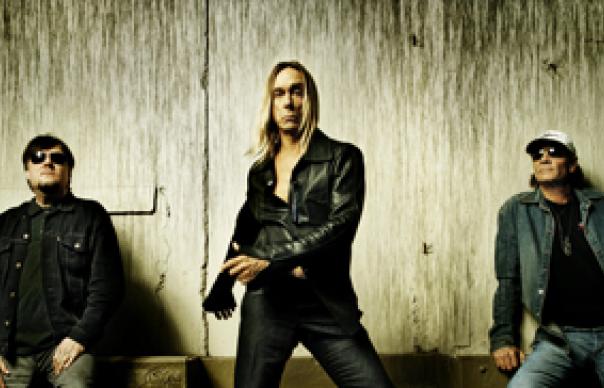 With metaphorical cudgels and flint scrapers, and a howling delinquent where a singer would normally stand, The Stooges emerged from Detroit to refute the idea of rock‘n’roll as Woodstock’s peace-and-tambourines panacea, reclaiming it instead as the sound of heads slamming against walls. Alongside reduction, however, came knowledge – the Motor City’s innate science of rhythm and delirium. The Stooges (1969) and Raw Power (1973) rocked so hard, spewing out bloodthirsty shrieks over whiplash proto-punk collisions, that virtually no genre involving amplification has failed to venerate them. Fun House (1970) nowadays assumes such cultural importance that it exists as a 7CD boxed set.

Around 1998, a reunion was mooted of surviving and/or active ex-Stooges (bassist Dave Alexander died in 1975, while James Williamson, guitarist on Raw Power, quit music in the 1980s to work in electronics). But it was 2003 before Ron Asheton (guitar) and his younger brother Scott (drums) emerged from decades of anonymity to reunite with Iggy Pop. The Ashetons’ four-song contribution to Pop’s album Skull Ring respected the Stooges legacy, but was interesting rather than devastating. So much for the trailer. Now for the movie.

The Weirdness, a procrastinators’ follow-up to Raw Power made by men approaching 60, is the epitome of a no-win situation. It can only disappoint, but it’s clear that a pitched battle on 1973 terms is not what The Stooges are seeking to recreate. Tellingly, the album is recorded/produced by Steve Albini, indicating the desire for a spontaneous, ‘live’ ambience like the Pixies, PJ Harvey and Nirvana. The primitive Ashetons are ideal for Albini’s techniques. Ron’s guitar riffs slash and swagger; Scott’s fierce drumming is given added bite by that Surfer Rosa/In Utero rattle-and-echo.

And for about eight minutes it’s all decent stuff. But then the doubts set in, and never quite go away. Surprisingly, most of these doubts concern Iggy. As if fearing comparison with his solo work, Iggy’s vocals on The Weirdness are mixed much further back than we’re used to – far beyond the point of egalitarianism. Frankly, his singing is so feeble he deserves a low mix. Rarely can he have hit so many bad notes, or sounded so straining, as on “Idea Of Fun” and “The End Of Christianity”. As for “Free And Freaky” and “Greedy Awful People”, Iggy’s vocal personality is so forgettable, and his lyrics so throwaway, that the songs are reminiscent of late-period Ramones comedy tunes.

The problem with The Weirdness is that it shoots its bolt immediately and has nothing left to offer. The first two songs – “Trollin’” and “You Can’t Have Friends” – are a terrific opening-minutes skirmish, but this football match is destined to end goalless. Too much blatant filler; too many lyrics about ogling young girls’ arses. Too corny, too sad. The Stooges will forever stand for music that’s exhilarating and off-the-leash – nothing can undermine their 1969-73 achievements. But The Weirdness is like Woody Allen romancing Julia Roberts in Everyone Says I Love You. It ain’t too believable, and it ain’t gonna win any Oscars. And you want to look away.