The Rolling Stones – Some Girls 1978 Reissue

Fired up by disco and punk, Jagger’s swagger returns, with a disc of unreleased songs...Wrongly or rightly, the allegations against the Stones came thick and fast in 1977. They’d lost their edge. They’d become gluttonised, lazy, too rich and bored to care. Some of them had the temerity to be in their mid-thirties (NME called them “The Strolling Bones”). The urgent sound of punk had made their jet-set rock seem passé. 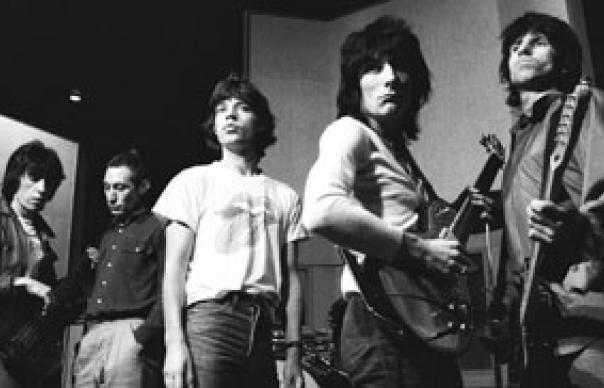 Fired up by disco and punk, Jagger’s swagger returns, with a disc of unreleased songs…Wrongly or rightly, the allegations against the Stones came thick and fast in 1977. They’d lost their edge. They’d become gluttonised, lazy, too rich and bored to care. Some of them had the temerity to be in their mid-thirties (NME called them “The Strolling Bones”). The urgent sound of punk had made their jet-set rock seem passé. These accusations were nothing, however, compared to the charge hanging over Keith Richards – possession of heroin with intent to traffic – which left the black-toothed Prince of Darkness facing the possibility of life imprisonment in Canada.

The Stones survived 1977 (and avoided lengthy porridge) by an unholy synthesis of fortitude, stoicism and chance, and Some Girls, the album they began recording in Paris that autumn, would see them reborn and vindicated as musicians. Jagger, in particular, wrote like a man possessed, galvanised not only by punk (England) but by disco (America) and a desire to shove the critics’ words down their throats. Look at the sleeve for “Miss You“, the album’s lead-off single (and worldwide superhit): the Stones recline against a wall, glowering in PVC and leather, looking like the original punks, the ultimate dissident gang. Released in June 1978, Some Girls was a reminder of how dangerous a cornered animal can be when its freedom is on the line. It was like the Stones of old. It got rid of the coo-chi-coo ballads, timbales and ARP string ensembles (Black And Blue); it pissed anywhere; it was not concerned with your petty morals.

The title track oozed arrogance, making wildly salacious generalisations about girls of various ethnicities and not giving a toss whom it offended. “Respectable” dismissed one woman as “The easiest lay on the White House lawn”, a putdown of gross audacity at a time when the international media was speculating on Jagger’s relationship with Margaret Trudeau, the Canadian prime minister’s wife. The Stones’ swagger was back. The guitars attacked in formation (Keith, Mick, Ronnie), amped-up with rat-pack electricity, more aggressive than any Stones album since Exile On Main St, a definite move back to uncouthness after years of Mick Taylor finesse. Yet, for all that, the slow songs – “Beast Of Burden”; their cover of The Temptations’ 1971 hit “Just My Imagination (Running Away With Me)” – were spacious and had time to breathe.

There was a wry C&W number, “Far Away Eyes”, played for laughs but also meticulously arranged for Bakersfield authenticity. There were charismatic additions to the Stones’ sound: Sugar Blue’s harmonica (“Miss You”), Ronnie’s pedal steel, Keith’s metallically phased guitar on “Shattered”. And there was “Before They Make Me Run”, in which Keith philosophically contemplated his extraordinary lifestyle – dead friends, “medicine”, the loneliness of the long-distance rock star – before defiantly concluding: “I did all right”. As a self-absolution moment, it’s his equivalent of an “Only God Can Judge Me” tattoo. Above all, Some Girls teemed with the sights, sounds, distractions and energy of New York. “Miss You” allowed us a glimpse into Jagger’s socialite bubble – and like Keith, he sounded lonely at the top – with an awesome disco walking bassline that Bill Wyman had literally gone to nightclubs to research. “Shattered”, at the other end of the album, flashed through fast-moving images of NYC, this “cocktail party on the street”, this city full of rats, bedbugs, crooks and punkettes in plastic bags. It was the sort of sardonic reportage that Jagger used to excel at, and the waspishness extended to the album’s cover – a lingerie advert juxtaposing the Stones’ faces with famous actresses, some of whom threatened to sue – where, on the reverse, someone (Jagger himself?) had written bitchy, gossipy blurbs about the band-members. Keith was described as a mysterious Swedish recluse. Wyman was a chic, intelligent lesbian. Charlie Watts was looking for a husband who could meet “her rigorous specifications”.

More than 40 songs were recorded at the Some Girls sessions, resulting in a legendary bounty of outtakes. A few of them, such as “All About You” and “Hang Fire”, were revived for Emotional Rescue (1980) and Tattoo You (1981), but most were consigned to the vaults. Now, following the success of the Exile reissue in 2010 (which featured a bonus disc of outtakes), Some Girls has been given the same treatment. Released in deluxe and super-deluxe editions (the latter comes with a DVD and a 100-page book), its bonus disc contains 12 rarities from 1978-9, widening the brief – as did Exile – to include tracks from the Emotional Rescue sessions in Paris and Nassau. Interestingly, the 42-minute disc has a different musical identity to either Some Girls or Emotional Rescue, being generally rootsier, and revealing among other things that country music, as much as punk or disco, was very much in the Stones’ thoughts during the late ’70s. “Do You Think I Really Care” is spirited, sprightly, a bit like “Dead Flowers”, with cute guitar licks and a rollicking Ian Stewart piano solo. “No Spare Parts” is sadder, slower, with Ronnie recreating his familiar Faces-era guitar fills. Then there’s “We Had It All”, Waylon Jennings’ heartbreaker about a terminated relationship, which the Stones considered for inclusion on Emotional Rescue. It’s sung by Keith – quietly, tenderly, and surely to Anita Pallenberg, from whom he separated in 1979.

But C&W doesn’t monopolise proceedings. There’s some Chicago blues (“When You’re Gone”), Latin-flavoured romance (“Don’t Be A Stranger”) and stripped-down rock’n’roll (“Tallahassee Lassie”, “Keep Up Blues”), as well as the notorious “Claudine”, a rockabilly tune about a real-life French singer who fatally shot her boyfriend. It’s immediately obvious that Jagger, just as he did on the Exile out-takes, has overdubbed new vocals onto these songs; he probably felt he had no choice, since the tracks had either unfinished guide vocals or none at all. Some fans condemn this as jiggery-pokery and would rather hear vintage instrumentals. Others, mindful that we’re unlikely to see another Stones album, are grateful for these old-new hybrids. The proof is in the music; it sounds just great.
David Cavanagh