The Kinks – The Kinks In Mono

This comes in a cute Dansette-style box stuffed with ten albums of antique Kinkorama and Meet the Kinks!, a fab 1960s style booklet with rare fab pix. For complete retro-authenticity, everything is in mono, this being how the original records were released back in those sacred days (so sacred that “Days” itself is now the theme tune for a car advert). 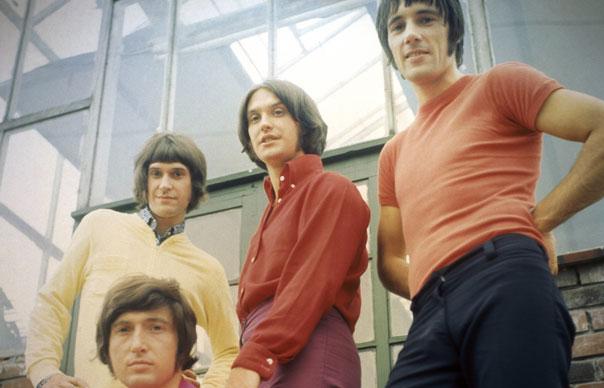 This comes in a cute Dansette-style box stuffed with ten albums of antique Kinkorama and Meet the Kinks!, a fab 1960s style booklet with rare fab pix. For complete retro-authenticity, everything is in mono, this being how the original records were released back in those sacred days (so sacred that “Days” itself is now the theme tune for a car advert).

It’s a lovely package, and at £75 a pop, so it should be, but it adds nothing to the back catalogue of the Muswell Hill wonders. After all, all seven albums here have only this year been re-issued in impressive ‘deluxe’ editions that similarly present them in their original mono format, but add stereo mixes, copious out-takes and rarities, all beautifully remastered by Andrew Sandoval, the boffin likewise in charge of The Kinks in Mono.

Sandoval has done wonders with sound quality, but after those deluxe delights, reverting to the original albums seems an act of hair-shirted puritanism. What you get instead of all those lovely bonuses is a this-is-how-it-was verity. Except you don’t. The Kinks’ first seven albums contain just one or at most two of the singles that blasted them into contention alongside The Stones and The Who, whose early catalogues are also caught between great singles and albums that hadn’t yet learned to be albums.

For the first great slew of Kinks hits – including the guitar squall of “All Day And All of The Night”, the airy social satire of “Well Respected Man” and the mournful Indian drone of “See My Friends” – you have to jump to Disc 8 containing the band’s four EPs, recorded in a manic spell between 1964-66. For the second wave of hits – “Dead End Street”, “Autumn Almanac”, “Days”, “Lola”, the substandard “Apeman”- you have to rummage among the 37 track ragbag that is The Kinks Mono Collectables, Volumes 1& 2. There (i)are(i) ‘collectables’ here – that parable of sinful swinging’ London, “Big Black Smoke”– but that these were all singles released outside the UK isn’t much of an organising principle (and results in duplicate tracks). Contrary to what one might expect from a ten album box set, the narrative arc of one of British pop’s greatest bands emerges fractured.

The albums do, of course, tell a tale of their own. Kinks (1964) and Kinda Kinks (’65) reflect a group was still a gang of R&B brawlers, knocking out none too special versions of Bo, Chuck, Slim Harpo, Motown, with Ray’s early writing paying none too subtle homage to the Beatles, Beach Boys and The Kingsmen (“You Really Got Me” being a rinse of “Louie Louie”).

Kinda Kinks (1965) is a transitional affair, with Ray’s songwriting talents growing, ready to blossom into the pop art wonder that is Face to Face (1966). Burned out from touring and business wrangles, Davies wrote its 14 songs in recuperation while the band toured with a stand-in. “Sunny Afternoon” is the gem in its crown, but the album has a conceptual unity, its montage of crisp social vignettes including send-ups of the nouveau riche on “Most Exclusive Residence” and young rakes on “Dandy”. Something Else (1967) maintains the mood and momentum with the mockery of “David Watts”, the family drama of the harpsichord driven “Two Sisters” and the cadent back-street romance of “Waterloo Sunset”.

One can see Davies’ obsession with the local and the domestic as strength or weakness. It certainly showed conviction to turn away from the cosmic visions that swept pop between 1966-68 and instead bring forth The Village Green Preservation Society with its ode to “The Last of the Steam-Powered Trains”. The album extended hippie’s nostalgic strand into a Betjemanesque portrait of an English landscape that Davies correctly sensed was about to disappear. Critically acclaimed, it proved an act of near commercial suicide.

Unabashed, Davies wrote another concept album, Arthur (or the Decline and Fall of the British Empire). Envisioned as a musical drama (a concept so far ahead of its time the BBC stalled) it swings easily between the rousing “Victoria” and the sly social observation of “A Hat Like Princess Marina”; an under-estimated work. There’s little on Kollectables Vol 2 to steal its light, mostly it’s also-rans like “Hold My Hand” that pale alongside proper singles like “Days” or “Lola”, though Dave Davies’s “Creeping Jean” is a tough piece of pop-psych that deserved better exposure, even a place on an album. Dave would no doubt agree.
Neil Spencer