Deluxe treatment for one of punk’s most rough-and-ready albums... 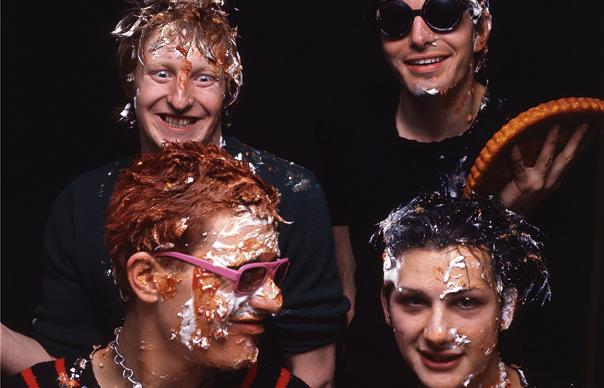 The Damned are a group often praised faintly: sold as having being close to greatness, without ever being great themselves. They were, you understand, the first group to release a punk single. They supported the Sex Pistols at the 100 Club in July 1976, appeared at the 100 Club Punk Festival in September and briefly on the Anarchy Tour, the largely-cancelled series of engagements that the Pistols and Heartbreakers attempted to embark upon, after the “Bill Grundy” incident in December of that year. Strong credentials all, but without an album statement perceived as “iconic”, the harder their case is argued, the more they appear, unjustly, to be nearly men.

Rather than, as this four disc set abundantly shows, the riff-tastic, custard-covered, ribald, real deal. The Damned, it’s true, did write and release “New Rose”, the first punk single (which arrived in October 1976, some five weeks in advance of “Anarchy In The UK”), but if they won that particular battle, they were never going to win the longer war for the possession of punk’s intellectual and historical real estate. Theirs was not music as conduit for intellectual ideas, a vaulting horse for détournement. Rather than its thinkers, The Damned represented punk’s doers, a band whose almost comical lack of promise as individuals in civilian life (a toilet cleaner; an unemployed drummer with a skin infection) was imaginatively repurposed within the movement.

Here, renamed and re-employed as a fantastic rhythm section (bass player Captain Sensible; drummer Rat Scabies), they proved to be little short of explosive. Theirs, with the above-par croon of David Vanian, were just the combustible talents to give form and flight to the songs of guitarist Brian James, a refugee from a Belgium-dwelling free festival band called Bastard.

Recorded quickly for independent label Stiff, the band’s debut album doesn’t sound like considered art statement, more a seizing of the initiative, of the moment. Assisted in their quest by Stiff’s in-house producer Nick Lowe (“They called me Grandad,” Lowe remembers on the Radio 1 documentary that makes up disc 4 here. “I must have been…26.”), the group’s songs evolved from the murky, vaguely melodic demos you can hear elsewhere on this set, to things of immense dynamic power. It was the brutality with which they executed something like “Stab Your Back” more than with any particularly seditious content within it that The Damned’s punk credentials lay.

Their moment, seized emphatically then, is memorialized well here 35 years on. The Peel session format (“Are we really 65 in the charts!?”) well-suited the band’s good-humoured detonation, as did Radio 1’s In Concert programme (both disc 2), even as their performance at the 100 Club in July (disc 3) indicates something of the froideur the cliquey punk scene could offer them. Rather than hailed for their breakneck 12 song set (as yet lacking “Neat Neat Neat”), the Damned are instead received by a Pistols crowd as if they had just unveiled a memorial plaque to Emerson, Lake and Palmer.

It was rock ‘n’ roll, first and foremost, in which The Damned specialized. Hearing the band’s covers of The Beatles’ “Help” (fast) or the Stooges’ “1970” (retitled “I Feel Alright” and not slow either), you know this was a band more focused on a strong musical statement than an ideological one. The Damned’s punk was born out of a love of the MC5, )Nuggets-era garage rock and of hard-swinging Ladbroke Groove – it had as much in common with the Pink Fairies and Motorhead as it did with The Clash. It’s hard to imagine that was a way to make friends in Year Zero, however good the songs were.

And 35 years on, they still are. While some supporting features from the original album (“Fish”; “Born To Kill”) are slight, they show the mileage that could be traveled by a band with sufficient internal momentum. “Neat Neat Neat” and “New Rose”, and the one minute “Stab Your Back” however, remain play like a peculiarly English kind of pulp fiction, awash with girls, guns and the city at night. It’s an escapist thrill that should be seen as helping to round out punk’s character rather than failing to conform to a set of principles – that anyway were often retrospectively applied. Anger is an energy, of course. But energy is an energy too.