The City Of Violence 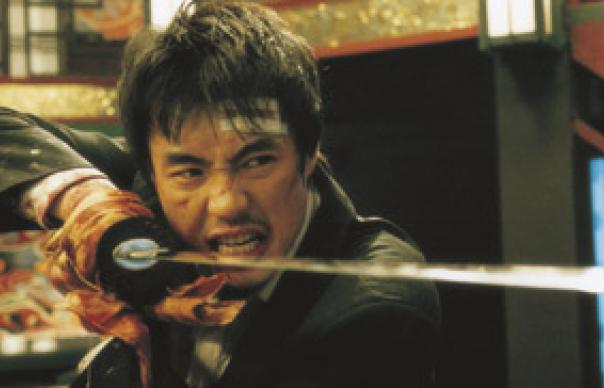 With Die Bad and Crying Fist, Ryoo established himself as the Korean Tarantino – a director capable of adding artistic depth to action. If that comparison is accepted, The City of Violence is Ryoo’s Kill Bill, a homage to the great Asian martial arts movies. In a film he wrote, produced, directed and stars in, Ryoo abandons plausibility in favour of style.

The story concerns Tae-soo, a Seoul detective returning to his home town for the funeral of a childhood friend. Before long he’s chasing shadows in the underworld, and re-examining his friendship with Jang Pil-ho (played with slimy intensity by comic actor Lee Beom-soo). But plot is nothing.

With a soundtrack which flickers between Morricone-esque soundscapes and 70s funk, Ryoo’s film is a ballet of gymnastic violence. It starts in top gear and thunders towards a beautifully- choreographed finale of daggers-drawn, swivelling feet and somersaults, which opens up like a Chinese box. Along the way there are split-screens and collapsing scaffolds, slow-mo hockey sticks and starbursts of sugar glass.
It’s kinetic and beautiful. But that’s all.