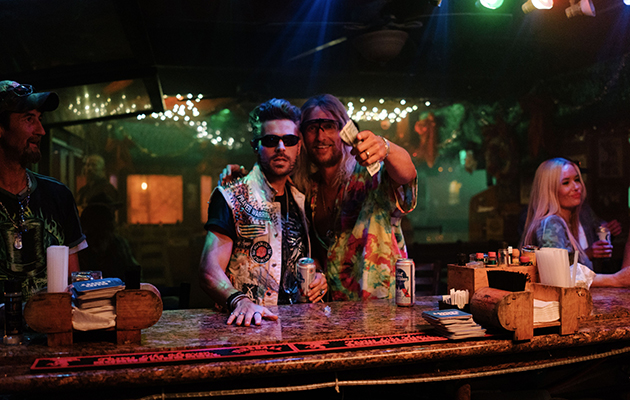 It’s staggering that gonzo director Harmony Korine was given money to make a film again after 2009’s near-unwatchable Trash Humpers, but the unexpected critical success of 2012’s Spring Breakers salvaged his reputation. The Beach Bum follows in a similar vein, being a surprisingly enjoyable stoner comedy with a ridiculously eclectic Hollywood cast and an even more promiscuous soundtrack, mixing Jimmy Buffett, gangster rap, Christian metal  and The Cure.

Matthew McConaughey stars as Moondog, a once-great writer who has gone to seed, having a wild time in the Florida Keys while his rich wife, Minnie (Isla Fisher), lives in their Miami mansion. Just when it seems the film is going to have no plot whatsoever, Moondog is called back for their daughter’s wedding. After which, tragedy strikes – Minnie is killed in a car crash – and Moondog is thrown onto the streets, with one proviso: if he writes another book, he’ll be reinstated as Minnie’s heir. However, Moondog doesn’t like to be told what to do, and when faced with a year in rehab, he goes on the run with the heavy-metal-loving Flicker (Zac Efron).

It’s a simple, wilfully naïve premise and yet Korine still finds a way to make it debauched: there’s gratuitous nudity and reckless violence, drug-taking is venerated, and for some reason Moondog dresses almost exclusively in women’s clothing. For all that, though, it’s quite a sweet film, with a rich vein of offbeat comedy. Snoop Dogg is good value as Moondog’s friend Lingerie, and Jonah Hill is a hoot as his snarky agent. But the real scene-stealer is Martin Lawrence as Captain Wack, a fiercely eccentric Vietnam vet who finds out the hard way the difference between dolphins and sharks.