The six LPs on coloured vinyl 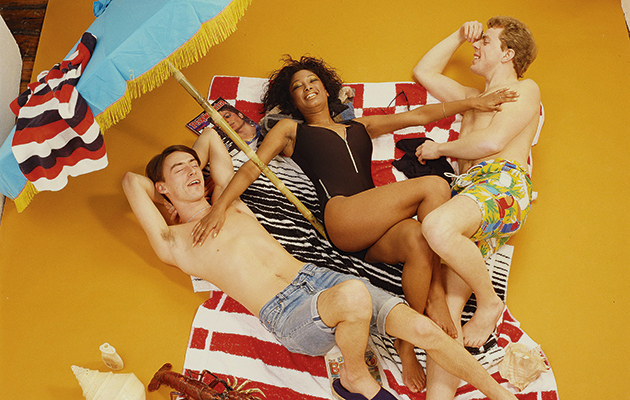 When Uncut published its Top 30 Paul Weller songs 10 years ago, it was no surprise that only five tracks from The Style Council made the cut. The post-Britpop narrative still had it that the ’80s were a regrettable detour for Weller – a decade of pretensions, anodyne funk, questionable politics, dodgy haircuts and toe-curling sleevenotes. There was one distinguished dissenting voice. “I really empathised with The Style Council,” said Robert Wyatt. “I know some people think of it as Paul’s period in the wilderness, but the wilderness is a very underestimated place. Sometimes the most important part of what you do comes out of the moments when you sidestep the main road.”

It’s to Weller’s credit that he’s still evading the main road even as he approaches 60. You could sense fresh bearings last December, when he persuaded Wyatt out of retirement to join him and Danny Thompson in a people-power trio for the first Concert For Corbyn in Brighton. Ignoring calls for “Eton Rifles”, Weller revisited “A Stones Throw Away”, from the Council’s 1985 state-of-the-nation address, Our Favourite Shop. On record the scathing lyric was strung up in needless orchestration; here it was stripped back, delivered with rueful urgency.

Since that night, all manner of supposedly outdated ’80s ideas have gained a surprising new currency. So, with the back catalogue newly remastered and reissued on beautifully hued vinyl, is it time to give The Style Council their due? It’s hard to imagine a debut more likely to infuriate the green-parka army of betrayed Jam fans than Introducing… (1983). While The Style Council had been manifestly born out of “a hatred for the rock myth and the rock culture” and conceived by Weller and new partner Mick Talbot as an attempt to marry the Small Faces and the Modern Jazz Quartet, debut 45 “Speak Like A Child” wasn’t the radical departure many expected. But collected on Introducing…, available as a European import in autumn ’83, the extent of Weller’s transformation became clear.

That’s most evident on “Long Hot Summer”, a track smitten with the lush, synthetic filigree producers Jolley & Swain had tailored for Imagination, and the first undeniable stroke of Style Council genius. While vintage R&B and Motown might have been acceptable to the discerning mod revivalist, “Long Hot Summer” was brazenly contemporary, staking Weller’s claim to be blue-eyed Soulboy No 1 ahead of metropolitan club kids like Spandau Ballet, or even home counties upstarts like George Michael.

Introducing… might have been wished away by diehards as a grab-bag of singles – the sound of a man musically taking off a pair of too-tight winklepickers. But when Café Bleu, the debut LP proper, followed in March 1984, it was no less bemusing. It featured 13 tracks (which Weller sang on less than half of), a handful of Talbot’s blithe jazz pastiches (‘Café Blue Note’, more like), some daft rive gaucherie in the sleevenotes, and none of the previous year’s hit singles. It had originally been conceived as a double but, not for the last time, Polydor refused to indulge Weller’s whims. As a consequence the album that finally appeared felt weirdly lopsided, like a meal consisting of amuse-bouches and desserts, but no main course. A relief from the meat and potatoes of much of The Jam for sure, but a lost opportunity that in some ways scuppered the band’s nascent career. You can’t help but feel that had they released a single album in the autumn of 1983, including “Speak Like A Child”, “Long Hot Summer”, “Ever Changing Moods”, “Headstart To Happiness”, “You’re The Best Thing”, “Here’s One That Got Away” and “Spring, Summer, Autumn”, it would be rightly acclaimed as one of the great British pop debuts of the decade.

By 1985, Weller had cemented a working band including Steve White on drums and Camelle Hinds on bass, plus new love DC Lee, around the core of him and Talbot. While none of the pretensions had been lost, Our Favourite Shop was a far more cohesive work, with lyrical sights aimed squarely at Downing Street in the second term of Thatcherism. The slow-burning opener, “Homebreakers”, depicted a family torn apart by the on-your-bike imperatives of the time, while “A Man Of Great Promise” and “With Everything To Lose” were eloquent testaments to doomed youth. And on “Walls Come Tumbling Down”, Weller wrote a supreme piece of protest pop, finally making good on his Curtis Mayfield ambitions.

Entering the charts at No 1, Our Favourite Shop was the culmination of a stunning two years’ work. A man as driven as the younger Weller might have been tempted to quit at the top of his game, disbanding The Style Council as he had once cast aside The Jam. But maybe that drive now refused to stop at mere pop success. Weller threw himself into Red Wedge, rallying the left pop community behind the Kinnock campaign. Meanwhile, Julien Temple’s film of Absolute Beginners, to which the band contributed “Have You Ever Had It Blue?” promised to be the apotheosis of The Style Council vision of hip, modernist youth, grooving to Blue Note while sipping cocktails and cappuccinos.

The catastrophe of political campaign and artistic vision seemed to stall Weller’s irresistible rise. Meanwhile, he and DC Lee were expecting their first child and, for possibly the first time, something might have seemed more important than his righteous pop vision. However you might explain it, The Cost Of Loving, released in 1987, was the band’s first great failure – and not even a noble one. On the face of it, turning to the modern R&B sounds of America wasn’t a terrible idea (even if The Human League had already signed up with Jam & Lewis with mixed results in 1986). But while the delirious reference points of early Style Council – nouvelle vague, bossa nova, Curtis Mayfield, Jean-Paul Marat, the MJQ, the GLC – had fused into something inspired, The Cost Of Loving was too sedulous. The most daring thing about lead single “It Didn’t Matter” was that it was a brazen rip-off of David Sea’s “Night After Night”. But the theft was carried out with little style. Elsewhere you got the feeling the band aspired to a third way between Anita Baker’s grace and Alexander O’Neil’s gusto, but floundered limp and lifeless in the middle of the road.

No caprice of critical hindsight can resurrect The Cost Of Loving, but you can make a case for Confessions Of A Pop Group. Though promoted as a return to the template of Our Favourite Shop and trailed with “Life At A Top Peoples Health Farm”, which distinctively mashed up Joe Brown’s “What A Crazy World” with “Subterranean Homesick Blues”, Confessions…, in its way, was as bold and quixotic as Café Bleu. The first side was styled “Piano Paintings” and featured, in “The Gardener Of Eden”, a “three-piece suite”, paying homage to, among others, Debussy, Francis Lai and the Swingle Singers. The second side, though less left- field, featured the last great Style Council single, “How She Threw It All Away”. Once again, it was a commercial flop, and by now bridges with Polydor had been truly burned. As with The Cost Of Loving, picking up on the deep house scene wasn’t the worst idea in the world. But in 1989 even Dr Robert from The Blow Monkeys pulled off pop house with more panache, while the Pet Shop Boys’ cover of Sterling Void’s “It’s Alright” pulled the sound into an English artpop orbit with more poise.

The album remained unreleased for another 10 years, and the much-vaunted new decade in modernism never came to pass. Almost the opposite: Weller’s pastoral rebirth and reclamation as an elder statesman of Britpop could be seen as a regression from the once dedicated progressive. It took until 22 Dreams for that old radical spirit to fully rekindle. As he approaches 60, is it too much to hope that, like Wyatt before him, he continues  to grow ever more adventurous, and embarks on  a seventh decade of modernism?