Isolation, consumption and Eton are the targets of the abrasive post-punk duo’s latest LP 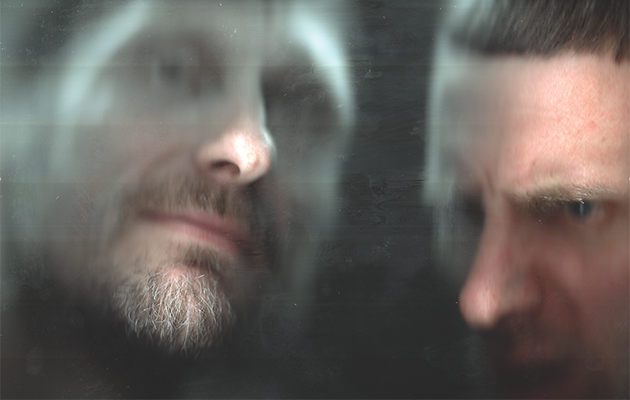 “It’s getting shitter!” spits Jason Williamson on “Big Burt”, and a sense of bilious negativity is the sustaining force of Eton Alive, Sleaford Mods’ latest studio album, cathartic in its honesty but no less depressing for that. It’s like Mike Leigh’s Meantime in musical form: bitter, funny, confusing and bleak, as Williamson and Andrew Fearn navigate the seemingly bottomless national decline with a torrent of smart rhymes, cheap synths and itchy loops. Eton Alive – the pair’s first full-length since leaving Rough Trade and forming their own label – doesn’t fiddle too much with a working formula while still sounding like the work of a band that have no plans to vacate their unexpected platform any time soon.

Where Eton Alive differs from previous albums is with the presence of a trio of what Williamson happily describes as “pop songs”. These are pretty much unprecedented in the Mods’ canon, starting with “When You Come Up To Me”, which features an almost unrecognisable Williamson practically crooning, making a strange, stark beauty of Fearn’s beats. The band have always tangoed with grime, but here the influence is more that genre’s R&B/gospel inclinations or a scratchy version of the poppy garage of The Streets. Later comes “Firewall”, a little rawer but with a similar vocal sensibility, while the album closes with “Negative Script”, which has Williamson alternating between singing and his usual staccato John Cooper Clarke-style semi-spoken rap.

Also offering something a bit different is the aforementioned “Big Burt”, a freewheeling character piece that Fearn gave the working title “Oasisim”. The lyric sees Williamson having a go at everything from “Airfix dickheads” to “namedropping ’90s pricks”, namechecking a variety of children’s TV shows and rejecting “God’s plan”. As ever with the Sleaford Mods, there’s a lot of humour in tracks like “Big Burt” and coke-rant “Top It Up”, but it’s the sort of humour you’re never sure whether it’s safe to laugh at in case Williamson takes offence and pops you on the nose for not taking him seriously. Humour is often used to put the listener at ease, but with Williamson it’s another avenue for confrontation. “Graham Coxon looks like a left-wing Boris Johnson,” he snarls on the abrasive “Flipside”, a line he insists isn’t meant to be taken personally, and like many of the best insults is at once very funny and not entirely fair.

You suspect that Sleaford Mods are confrontational because they feel any other response to the human condition would be regarded as an abdication of responsibility. This can be exhausting, but Williamson has been scornful of the more energising, consensual approach of a band like Idles and on Eton Alive regularly lambasts those he considers “fakes”. Williamson’s targets are ignorance, isolation and mindless consumption, but he also points a finger at the political/media classes with the album title. On the defining “Policy Cream” he insists “Sit down, just shut up, I’ll talk,” before berating the vacuity of political policies that make no difference but are endlessly repeated in a negative spiral. “There’s no witchcraft here, it’s just fucking hell,” he despairs overt Fearn’s a suitably ominous backdrop.

“Policy Cream” ends with a bit of drunken chanting recorded off the street during the 2018 World Cup. The band love to pepper their arrangements with found sounds and unusual samples, everyday noises that give street life and texture to the music. The thuggish drawl of “Into The Payzone” features the sound of an electric drill – a reference to drill music – and touch card beeps, much like the corner shop ring used on “Drayton Manored” from 2017’s English Tapas. The brilliant “OBCT” even has a mournful kazoo solo, as Williamson wrestles with his own conscience, having recently moved into a bigger house in a posh suburb populated by “Oliver Bonas and Chelsea tractors”.

Williamson is angry but he’s no revolutionary, or at least he’s one who is honest about what is possible and what he is personally capable of achieving. The apocalyptic and punky stream of consciousness “Subtraction” sounds like a computer malfunctioning and includes the telling lines “it’s not enough anymore to want change, you have to do change”, before Williamson backs down… “but the only change I like sits in my pockets, I’m a consumer”. It’s this sense of powerlessness that makes the Mods such a difficult but necessary band. There’s no pretence at simple solutions, no fake idealism. It’s getting shitter, and Sleaford Mods aren’t pulling their punches.