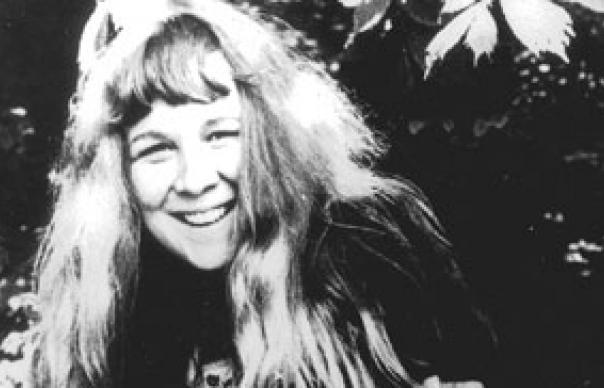 Like the dimensions of the world’s tallest skyscraper or the coordinates of a military invasion, to comprehend the sheer scale of this undertaking requires recourse to facts and figures.

Comprising 316 tracks spread over 19 CDs, Sandy Denny offers over 21 hours of music. Discs 1-11 cover all Denny’s previously released work, from her earliest recordings with Alex Campbell, Johnny Silvo, and The Strawbs, through to Fairport Convention, Fotheringay and her solo albums, augmented with additional content – outtakes, BBC recordings – from the relevant era. Then there’s a further eight discs of bonus material, much of it unreleased, encompassing everything from stark home demos to an entire 1974 concert with Fairport Convention at the Troubadour.

Sandy Denny, then, is for life, not just for Christmas. That this almost insanely comprehensive, lavishly produced boxed behemoth is the last word in all things Denny is beyond question. Determining its value, however, is another matter. Even those of us who long ago surrendered to her endlessly enchanting voice and haunting songs, once definitively described by her as “dusk-like trances”, are bound to wonder if they really need almost an entire day’s worth of them.

The good news is that Sandy Denny is not simply an act of consolidation. Yes, every facet of her career is covered in long-shot, two-shot and close-up, but new angles are also revealed. Denny was such an instinctively gifted performer that much of what she threw away is at least as good as – and often better than – what was released, a fact that becomes more obvious the further into her career this collection delves. Perhaps its most valuable contribution is to offer an eloquent corrective to the notion that Denny’s creativity was in irreversible decline when she died in 1978.

Her judgements may have become wayward – semaphored by a schlocky cover of “Candle In The Wind” – but her instincts were as vital as ever, and at just 31 she clearly had a huge amount more to give. It’s particularly terrific to hear the songs from her over-cooked final album, Rendezvous (1977), stripped of the production fuss that tended to obscure some excellent songs.

Inevitably there’s considerable repetition of material, but much of it is justified by the fact that Denny rarely approached a song the same way twice. Featuring a peerless, precarious first attempt at Dylan’s “Tomorrow Is A Long Time” and a wonderful voice and piano reading of “The Lady”, hearing the entirety of the ace Sandy (1972) in demo form feels like unwrapping a whole new album. Likewise, just when you think could live for a year or three without hearing “Blackwaterside” again, along comes the lovely, tentative outtake from The North Star Grassman And The Ravens, with Denny and Richard Thompson feeling their way into the arrangement. Many of the live recordings are also revelatory. A solo piano version of the just-written “No More Sad Refrains”, performed on a TV show in 1975, kicks every other version of the song into the long grass.

But the real goose pimples stuff is to be found on the disc of solo demos, mostly previously unreleased, recorded at home between 1966 and 1968. These unfashioned recordings reveal just how advanced Denny was at a young age. Discarded early compositions like the bluesy “Gerrard Street” are highly accomplished, while her rendition of Dylan’s “It Ain’t Me Babe” might just be the greatest-ever version of the song. If you think by now you know every nuance of her inimitable voice then wait until you hear it here, so close and unguarded that listening feels like eavesdropping. Soft and sorrowful, stripped of any hint of conceit or triumph, she takes the melody to extraordinary places. We also discover what a fine guitar player she was: the first ever recorded version of “Who Knows Where The Time Goes?” is played in rumbling open-tuning, more Nick Drake than Judy Collins. A final disc of home demos from 1977 acts as a bookend and includes a moving tilt at her last-ever composition, “Makes Me Think Of You”.

Sandy Denny doesn’t just cover every inch of a familiar fable; it rewrites the accepted narrative of her career. We already knew she was a fabulously expressive singer, a unique songwriter and a highly creative interpreter, but I’m not sure it was clear until now just how deep and wide her talents ran, or for how long. It’s a fact this brilliant and wholly justified collection hammers home on disc after disc, song after glorious song.
Graeme Thomson