Still passionate. Still rocking. But now in some pretty hip company. Yes, Richard Ashcroft is back... 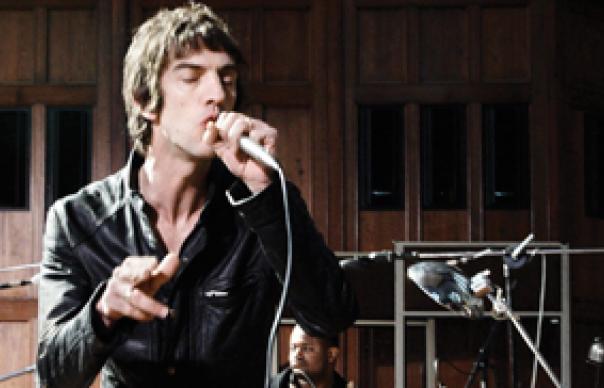 As Liam Gallagher is also about to discover, maintaining your swagger is tough when you’re estranged from the musicians who gave it to you in the first place.

Richard Ashcroft’s three post-Verve solo albums sold respectably – albeit largely to the ageing ladrock constituency whose definition of rockstar mystique is not wearing shoes on stage – but offered little in the way of inspiration, with Ashcroft becoming an increasingly marginal, mockable figure on the rock landscape.

Inevitably, old wounds were patched up and The Verve reconvened. Initially the signs looked good – a series of triumphant comeback gigs, the colossal “Love Is Noise” single, the old chemistry simmering nicely in places on Forth – but ultimately the reunion only served to remind mercurial guitarist Nick McCabe why he quit the band twice before. A fifth Verve album now looks about as likely as Gallagher Jr going dubstep.

So Ashcroft is back on his own, although this time he’s employed what’s known as the ‘Albarn Manoeuvre’ and hooked up with an American hip hop producer. United Nations Of Sound is a collaboration between Ashcroft and Dion Wilson, aka No ID, who cut his teeth making albums for Common, mentored Kanye West and most recently produced the brilliant “DOA (Death Of Auto-Tune)” and “Run This Town” for Jay-Z.

While this is a bold move for someone as musically conservative as Ashcroft, it’s not as if he’s started sipping sizzurp with Lil Wayne. No ID was favoured for his familiarity with classic, canonical soul; live strings here are arranged by Benjamin Wright (Gladys Knight, Barry White, Michael Jackson), the record is engineered by Lamont Dozier’s brother Reggie, and Mary J Blige sideman Steve Wyreman handles guitar (although you’ll want to wrap it around his head after one too many flashy, sub-Ernie Isley solos).

Evidently, Ashcroft is hoping that such company will confer deep soulfulness upon him, and for a while, the ruse works. “Are You Ready” is certainly a stirring opener, its swirling strings an obvious callback to “Bitter Sweet Symphony” (or at least the James Lavelle remix thereof).

“Are you ready? Ooh, are you ready for the day/ He’s gonna come back down to earth, I hope you’re gonna pray” hollers Ashcroft in that wonderful Pennine howl of his, as somewhere in the Deep South a gospel preacher wonders who’s stolen his sermon. With songs called things like “Beatitude” and “Born Again”, numerous entreaties to “sweet Jesus” and even a reference to “speaking in tongues” you wonder if Ashcroft’s taken to spreading the word of the Lord. However, he’s quick to clear things up: “I ain’t a Christian,” he protests, “I am just living life in my own ’culiar way.”

It’s a ’culiar way indeed – “I’m like a fish with legs!” he wails fantastically at one point – yet Ashcroft’s passion is so generalised that he soon ends up marinating in cliché, offering up a Curtis Mayfield pastiche cringingly titled “This Thing Called Life”. “Good Loving” and “Life Can Be So Beautiful” succeed by wearing those same early-’70s soul influences a little more lightly, but there are some real horrors, too: a ropey blues jam called “How Deep Is Your Man” leads straight into “She Brings Me The Music”, a rotten power ballad.

It’s also hard to decide if the flagrant lift of the riff to “Sweet Jane” on “Royal Highness” is an inspired ‘sample’ or indicative of a dearth of original ideas. No ID is unable to conjure up anything as punchy as “DOA”, abandoning crisp breakbeats in favour of propping up Ashcroft’s anthems with a soggy clip-clop.

There’s something heroic about Ashcroft’s unshakable conviction in this often quite average music, his unrelenting passion simply about being passionate, and his utter imperviousness to ridicule, even when channelling Jim Morrison and bellowing lines like “Cancel my subscription to the resurrection!” You’re willing him to succeed, but ultimately it’s hard to listen to a lot of this album without cringing.
Sam Richards