Ray LaMontagne – Gossip In The Grain 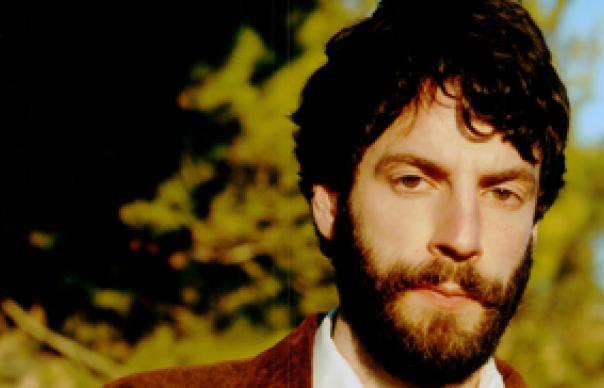 When Ray LaMontagne came out of nowhere in 2004 with the emotionally charged Trouble, most observers saw him as a withdrawn loner compelled by some mysterious internal force to reveal his scarred psyche – Montgomery Clift with an acoustic guitar. But even then, with his achingly intimate ballads, this iconoclastic artist was also crafting rustic, gritty tales revealing the tragic flaws of their hardscrabble antiheroes, later channeling his reverence for Otis Redding and other southern soul greats into a style that suited him as well as the confessional and the narrative modes.

And while LaMontagne has never tried to obscure the intensely personal nature of his love songs with metaphor or flowery verbiage, the transition from Trouble’s life-affirming expressions of commitment, protection and ardor to the self-flagellating recriminations of Till The Sun Turns Black came not just from life experience but also from the courage and confidence he’d had gained from performing in a front of empathetic audiences who hung on to his every word and sigh. This artistic and personal growth brings a breathtaking immediacy to his third album.

For Gossip In The Grain, once again produced by Ethan Johns (Kings of Leon, Ryan Adams), LaMontagne brought bassist Jennifer Condos (Adams, Teddy Thompson) and guitarist/steel player Eric Heywood (Son Volt, Pretenders) from his touring band into the studio with him. As before, Johns supplied the drumming and the arrangements, bringing new colors to the palate in response to his longtime collaborator’s expanding musical and emotional range.

The album opens with a breakout performance from LaMontagne on “You Are The Best Thing”, a pumping, horn-powered slab of Memphis-style R&B on which, for the first time, he seems to be just feeling it and letting it out, with no left brain-involvement – like Joe Cocker fronting Mad Dogs and Englishmen. While it gets the LP off to a rousing start, the song also serves a thematic purpose by celebrating the pleasures and synergy of a smoothly functioning conjugal unit – an ideal that stands in stark contrast to the romantic torment that follows.

The songs in which he directly addresses an imperiled, perhaps irreparably damaged relationship form the record’s wrenchingly resonant core. It’s a toss-up which act tortures him more, the leaving, contemplated in the soul-baring “Sarah”, or the getting left behind, laid out in the utterly helpless “A Falling Through”.

Named after his wife, the sublime “Sarah” begins with a warm recollection followed by a candid admission: “When we first met we were kids/We were wild, we were restless,/After a while I grew coarse,/I grew cold, I grew reckless.” He then describes the act of walking away from the people and places that had made up his life, and the subsequent realization that he’d put himself in grave danger of losing everything he held dearest. “Sarah, is it ever going to be the same?,” he asks, the line hanging like smoke from an extinguished fire.

The arrangement, a swirl of lush strings and plucking mandolin, with Condos’ bass line both punctuating Johns’ swooping waltz rhythm while also providing a countermelody, falls somewhere between the score of a John Ford western and the title track from Astral Weeks. Indeed, the arcing quicksilver of Van Morrison’s metaphysical masterpiece washes over Gossip In The Grain like a tide. On the following “I Still Care For You”, Johns cranks up the echo, fires up an analog synth and transforms the backing vocal of Leona Naess into something otherworldly – a siren from heaven or hell.

A trio of relatively lighthearted songs – the playful “Meg White”, the rustic “Hey Me, Hey Mama” (complete with rollicking Dixieland horns) and the John Lee Hooker-esque rave-up “Henry Nearly Killed Me (It’s A Shame)” – serves to quicken the pace while releasing the accumulated tension before “A Falling Through” ratchets it back up, with its look at lost love from the other side, the sense of disillusionment and loss carried by Heywood’s aching pedal steel and a harmonized refrain from LaMontagne and Naess as delicate as a pair of feathers floating earthward. The title track opens and closes with what sounds like the howl of a gale blowing ominously outside a shuttered window. LaMontagne’s final words seem like a rationale for this stream of lacerating revelations: “Truth be: The beggar that holds his tongue/Dines on none but air alone.”