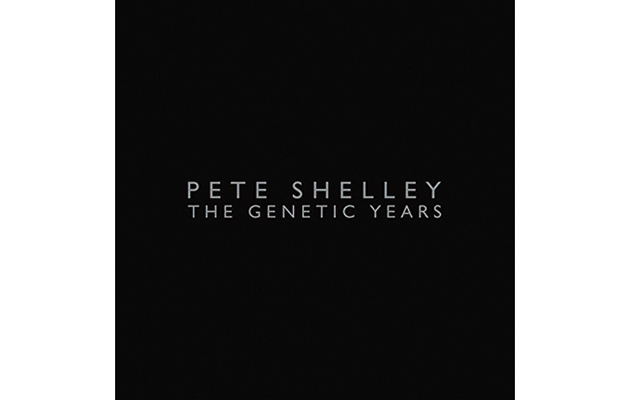 Pete Shelley’s solo career came completely out the blue and faded just as fast. It’s now seen as little more than a subplot in the Buzzcocks story, but Shelley’s two solo albums were revealing, entertaining and in some ways pioneering, embracing gay pride, computer technology and electropop with real enthusiasm. Both 1981’s Homosapien and 1983’s XL1 have now been reissued on vinyl as The Genetic Years, a boxset that includes a third album consisting of 12in mixes and dub versions. There’s also a signed photo, and new sleevenotes by David Quantick.

Homosapien was born when Shelley and producer Martin Rushent were recording Buzzcocks’ fourth album, which was abruptly abandoned after the duo began to discover the potential of Rushent’s Roland MC-8 and Jupiter-8 synths and LM-1 drum machine. Shelley realised he could apply his trademark yelp, mischievous lyrics and love of hooks to a different canvas. It placed Shelley not a million miles away from the territory being covered by Howard Devoto’s Magazine, and it also put Shelley at the dawn of ’80s electropop – and Rushent would soon refine the sound for The Human League’s Dare. The album even contained a hit single – title track “Homosapien”. It was followed by 1983’s chunkier XL1, which added guitar and further layers of ’80s synth-pop production.

Shelley had experimented with electronic music before he even discovered punk, so this whole-hearted embrace of electropop was not out of character. He’d formed Buzzcocks in a similar spirit of spontaneity and was once again gripped by the where-it’s-at immediacy of a new type of music. His fascination with technology extended to XL1’s locked-groove track – a computer programme containing visuals and lyrics for the ZX Spectrum. This could be played in sync with the album – an early example of a download.

The switch in genre also coincided with Shelley making more explicit the sexually ambiguous nature of so many classic Buzzcocks’ songs. The BBC declined to play “Homosapien” because of hilarious lines such as “Homo superior… in my interior”, but the single was out, proud and catchy, selling well in Canada and Australian and going down a storm in clubs. While nothing else on Homosapien is quite as immediate, there are several fine tunes – “I Don’t Know What It Is”, the droney “I Generate A Feeling“ – and a real sense of poppy freshness.

The follow-up, XL1, was less successful, even if it also had another strong lead single in “Telephone Operator”. The vibe is heavier and while tracks like “Many A Time” and “If You Ask Me (I Won’t Say No)” are excellent, it’s a little bogged down by the production. Disco Pete and Rushent also recorded several longer mixes, dub medleys and B-sides, which appear on the third LP. The nine-minute “Homosapien” is worth a listen, but the highlight is the fabulous “Witness The Change”, also from 1981.