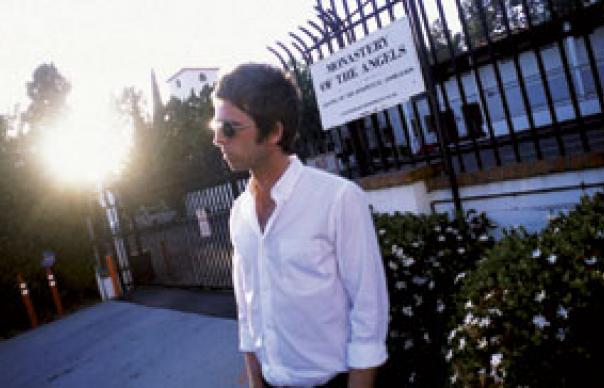 What’s Noel Gallagher’s problem? Fabulously wealthy and finally shot of his brother, he’s surely now free to make the self-indulgent, critic-pleasing album displaying all the wit and taste he’s previously reserved for his interviews. Following in the footsteps of his heroes, like Weller after The Jam, like Marr after The Smiths, like Ian Brown after the Stone Roses, he could reveal the restless, questing free-ranging spirit that was fettered by the dopey conservatism of his old group.

But that sibling rivalry runs deep. Following Beady Eye’s goofily enjoyable debut earlier this year, is he content to let Liam claim the mantle of Continuity Oasis and swagger off with the rump of their old audience, leaving him with the cold comfort of a couple of extra stars from broadsheet reviewers? What’s a Britpop boy to do?

Well, you could try to have it both ways. As the promo campaign ahead of his solo debut is a bit too eager to point out, High Flying Birds is just the first of two Noel Gallagher albums, and will be followed in 2012 by his collaboration with pie-eyed psychonauts Amorphous Androgynous (who previously cooked up an epic reworking of the final Oasis single, “Falling Down”). The Amorphous Androgynous album is, according to Noel, “far fucking out”. Very much in contrast to High Flying Birds, then.

An unkind critic might note that the highest flying birds are generally vultures, wanting to scope out the largest possible territory for rotting carcasses to scavenge. Noel’s Birds stick pretty close to his favourite hunting grounds, however. The first single “The Death Of You And Me” is by far the best thing here, folksy fingerpicking, spooky organ and an oddly affecting, ominous lyric elevating what would otherwise seem an obvious airgun marriage of The Lovin’ Spoonful’s “Summer In The City” and The Kinks’ “Sunny Afternoon”.

The Kinks-fix that Noel has been on since at least “The Importance Of Being Idle” hangs heavy all over High Flying Birds. The looming dread of “Dream On” (“Oh me, oh my, I’m running out of batteries…”) owes something to “Dead End Street”, “Soldier Boys And Jesus Freaks” refers to “all the people on the village green” and by the time of “(Stranded On) The Wrong Beach” you get the feeling he could knock out one of these well-turned, doomy, descending bassline ditties in his sleep, like a craftsman knocking out reproduction furniture. On the final Oasis album a track like “Falling Down” seemed novel, enlivened by a sudden midlife sense of mortality. Here that feeling has gone stale, with songs that settle into humdrum strums and occasionally struggle to rouse themselves from their torpor with comedy brass codas.

Elsewhere, he sticks even closer to home: the first couple of Oasis albums. Both “If I Had A Gun” and “Broken Arrow” labour vainly to escape the long shadow of “Wonderwall”. The cumulative effect of all this mid-tempo moodiness is that High Flying Birds feels awfully plodding – particularly in comparison to the unexpected zip and zest of Beady Eye’s Different Gear, Still Speeding. It’s not until the sixth track, “What A Life”, that the pace picks up, but it’s too little, too late.

The closing “Stop The Clocks” was written for Oasis’ Don’t Believe The Truth [2004] but mysteriously left off the album at the last minute, going on, in its continuing absence, to provide the title for the 2006 greatest hits comp. After all this time you might reasonably imagine it was some rare jewel Noel was sensibly stockpiling for his solo career. But despite the dimly psychedelic gesture of some “Lucy In the Sky…” keyboards and a laborious closing wig-out, it can’t help but close the album with a sense of lumbering anticlimax. “What if I’m already dead/How would I know?” he sings, offering an open goal that’s difficult to resist.

It’s hard to escape the feeling that High Flying Birds is a half-hearted failure of nerve, an attempt to play to the base more characteristic of a hedging politican than a truly reckless rock’n’roll star. The end of Oasis was never going to be the end of the battling Gallaghers, and after the first round of the solo careers, the score is indubitably Liam 1, Noel 0. If nothing else, High Flying Birds has upped the stakes for the return leg.
Stephen Troussé