Modern Nature – How To Live 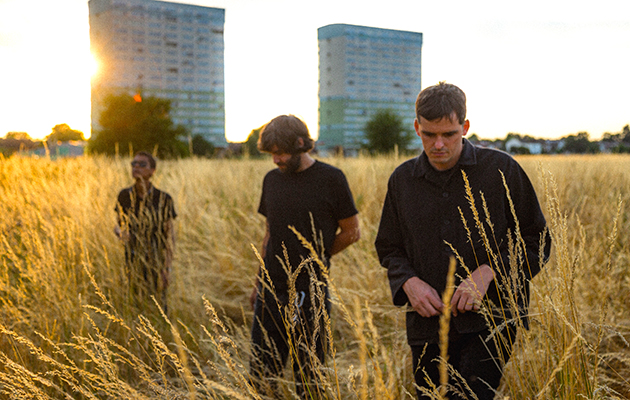 Anyone who lives within the cosseted confines of  a big city will understand the fascination with those mysterious slivers of heath or woodland where nature seems to breach the dull, concrete hegemony. In 2017, Jack Cooper moved out of central-ish London to the edge of Epping Forest, near Hollow Ponds. Like many before him, from Jacob Epstein to Damon Albarn, he was inspired by the area’s strange dualities: an ancient woodland hemmed in by suburban sprawl, a Site Of Scientific Interest that’s also a notorious murder hotspot.

Cooper was seeking to decompress after an intense period in which he released six albums in six years with his  bands Mazes and Ultimate Painting. The latter came to an abrupt end when, with a fourth album of wiry, Loaded-style vignettes already in the can, Cooper suddenly announced their split, citing an “irreconcilable breakdown” between himself  and bandmate James Hoare (the album remains unreleased).

Perhaps as a reaction, Modern Nature is a more open, expansive project. Mirroring Cooper’s own recent experiences, How To Live was conceived as a concept album about a journey from urban anxiety to rural serenity, although it appears to spend most of its time in that hinterland between the two – the Epping Forest of the soul – manifested in a sound that lashes woody, folky textures to an insistent motorik pulse. Alongside Cooper, the band comprises Will Young of Beak> on keyboards, Woods’ Aaron Neveu on drums and Sunwatchers’ Jeff Tobias on sax, plus Rupert Gillett on cello.

If that cast list conjures up an image of freewheeling, transatlantic jams, you’re on the wrong track. As carefully patrolled by Cooper, Modern Nature is an explicitly English affair: unbluesy, unassuming and slightly uptight (in a good way). While their press blurb references such hip touchstones as Talk Talk, Anne Briggs and Harmonia, Modern Nature most closely resemble that underrated seam of ’90s post-rock bands – Quickspace, Movietone, Ganger, Hood – whose homespun take on krautrock was reserved and resourceful.

Yet Cooper is a songwriter rather than a sonic explorer, and the narrow-gauge thrust that powered Ultimate Painting is still sometimes in evidence. Even while attempting to convey an atmosphere of uncertainty, his lyrics are concise, evocative and pleasingly rhythmic (“Light ignites/Through canopies of shaking trees,” he whispers on “Peradam”, matching the music’s simple, catchy shapes). Fetishising the countryside as a mystical, wholesome place is a long-standing rock cliche, but the clarity of Modern Nature’s vision is unarguable. Neveu’s rhythms are persistent but never forceful,  while hypnotic guitar figures mingle with synth and cello like a fog, out of which Tobias’s saxophone occasionally rises majestically. His presence is the group’s trump card, without which How To Live’s understated charm would be in danger of sounding a little uneventful.

It’s tempting to interpret the album’s urban/rural dichotomy as a metaphor for the current state of “Divided Britain”. Amid “Turbulence”’s vivid rush-hour nightmare, there are dark mutterings of “stirring storms” and days that “rip apart at the seams”. Meanwhile, Cooper repeatedly seems to caution us against succumbing to the politics of fear and division: “Do you see through/ Stories meant to scare you?” he asks on “Seance”. “Titans tighten/ Blackened gripped horizon.”

But it would be unfair to impose a tedious topical narrative on an album that is ultimately striving to rise above such things. What’s more, unlike Brexit, How To Live has a happy ending. Amid the percolating arpeggios of beatific closing track “Devotee”, Cooper appears to reach the conclusion that the most important battle isn’t urban vs rural or leave vs remain but spiritual vs material. “Ride to the sunset,” he urges, gently and without melodrama. “Rise from the canvas/Leave all you can behind.” How to live? It’s certainly an idea.