The expansive UK singer-songwriter follows one classic with another 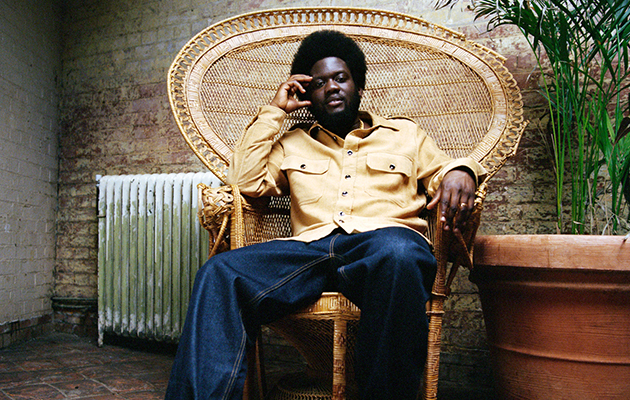 Love & Hate, Michael Kiwanuka’s 2016 breakthrough and UK chart-topper, was the result of a uniquely inspired collaboration that teamed the London-based singer-songwriter with two fellow polymaths: studio auteur/music scholar Brian “Danger Mouse” Burton and emerging hip-hop producer/multi-instrumentalist Inflo. Together, they built the tracks playing a variety of instruments, surrounding Kiwanuka’s strikingly soulful vocals and evocative guitar work with strings and female backing chorales. The LP’s centrepiece, “Black Man In A White World”, was Kiwanuka’s finest song to that point, while in the US, he went from virtual unknown to artist on the rise when “Cold Little Heart”’s captivating hook was used as the theme of HBO drama Big Little Lies.

The songwriter and his two cohorts were delighted by what they’d achieved, Kiwanuka calling Love & Hate “perfect –  I wouldn’t change a thing”, and Burton citing Pink Floyd and Isaac Hayes as reference points: “I actually can’t wait to try to do it again some point.” Reuniting to create this follow-up album, Kiwanuka, Burton and Inflo have dipped into the same expansive palette – the washes of strings, the purring choirs, Burton’s fixation with vintage film music and Inflo’s dexterity on drums and all manner of analogue and electronic keyboards, while drawing on Kiwanuka’s acknowledged late-’60s and ’70s inspirations: Jimi Hendrix’s Electric Ladyland, Isaac Hayes’ Hot Buttered Soul, Shuggie Otis’ Inspiration Information, Eddie Hazel’s Game, Dames And Guitar Thangs and, most prominently, Marvin Gaye’s What’s Going On.

Kiwanuka is structured in movements, like a classical symphony, with shape-shifting interludes connecting one track to the next. The album’s first movement begins with the beating of congas and what sounds like a lo-fi recording of a Caribbean beach party, soon erupting into the visceral groove of “You Ain’t The Problem”, on which Kiwanuka sets his thematic course, shifting his ruminations into a social context as he confronts a chaotic world. “Don’t hesitate/Time heals the pain/You ain’t the problem,” he sings in the chorus, seemingly reassuring himself as well as all those reeling from the uncertainties of present-day existence.

At the four-minute mark, the instrumentation and backing vocals drop away, isolating a delicate keyboard carrying the melody into the next track, “Rolling”, its hammering, Stax-like groove bringing additional urgency to the refrain, “Rolling with the times/Don’t be late”. A guitar figure provides the bridge to “I’ve Been Dazed”, which sets the tone and structure for the meat of the album. It begins with Kiwanuka’s hushed voice, at once vulnerable and determined; other elements – drums, choir and string section – enter one by one, until this intimate ballad almost imperceptibly blossoms into full-on grandeur, like a cautiously optimistic orchestral  update of Thunderclap Newman’s “Something In The Air”.

Kiwanuka is loaded with memorable songs, but the best way to experience them is by listening to the album from start to finish. Each successive movement follows a similar pattern, aiming for immersiveness and effect, mirroring the approach of psychedelic landmarks from the Floyd’s A Saucerful Of Secrets to Tame Impala’s Currents. “Piano Joint (This Kind Of Love)”, ornamented like a lush Tin Pan Alley standard, resolves into a rapturous melodic payoff, as Kiwanuka sings, “All I know is/My, oh my, this kind of love/It’s taken me from my enemies/Don’t let the pressure get to me”, his yearning vocal gliding over opulent strings. Meanwhile, the crack of a gunshot is followed by an emphatic snare hit, introducing the propulsive groove of “Living In Denial”, the backing chorale mimicking a sprightly horn section, à la Swingle Singers.

The questioning, mid-tempo “Hero” features an intensely emotional extended guitar solo from Kiwanuka, before a Morricone-like transition leads into the seven-minute opus “Hard To Say Goodbye”, its eerie, Portishead-recalling guitar lick juxtaposed with siren-like backing vocals straight out of a ’40s Hollywood fantasy. The album ends with the double-decker finish of the shimmering ballad “Solid Ground” and swirling technicolor panorama “Light”; but best of all may be “Final Days” which, equal parts Marvin and Massive Attack, sums up Kiwanuka’s beguiling, brave nature.