And for their next trick... Lovably weird adventures in psychedelia from the shape-shifting Brooklynites. 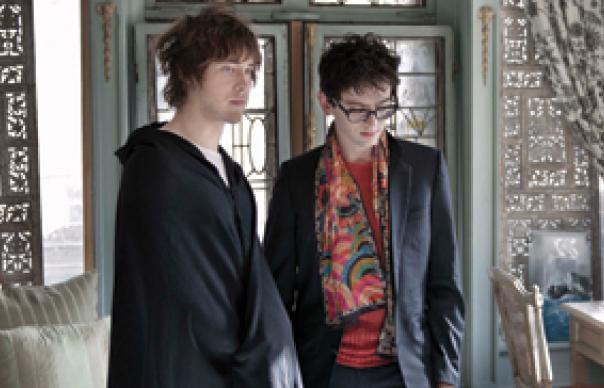 It’s difficult to imagine how MGMT will ever top their debut single “Time To Pretend”.

Not only was it a magnificent pop song, one of the finest of the last decade, but it gleefully and systematically dismantled the whole flimsy defence of pop star privilege before they’d even had a chance to taste the good shit for themselves. “Let’s make some music, make some money, find some models for wives,” it teased.

So when actual models starting turning up at MGMT afterparties, Andrew VanWyngarden and Ben Goldwasser knew they had to tread carefully.

They’d always been into music for the trip rather than trappings, with the pop hits merely an accidental by-product. Their live shows revealed more of the real MGMT: intriguingly indulgent, always threatening to duck back into their own little universe. Recruiting Pete ‘Sonic Boom’ Kember – hardly a prolific hitmaker – to help record Congratulations confirmed their retreat from the pop frontline.

Like Kember’s Spacemen 3, MGMT are a truly psychedelic band, taking drugs to make music to take drugs to. Opener “It’s Working” describes the experience of coming up on ecstasy, essentially framing the entire album as a drug trip. Once you’re into that mindset, and knowing that a narcotic voyage can be as sinister and bewildering as it can be euphoric or revelatory (“Really there’s no trip at all/ That doesn’t result in a fall” they warn on “Siberian Breaks”), then Congratulations’ scuffed, blurry canvases begin to snap into focus.

Perhaps it’s just the drugs talking, but the lyrics, too, seem a lot more sincere, even in their silliness, than the sometimes contrived fantastical imagery of Oracular Spectacular.There are tender tributes to Dan Treacy (the Television Personalities frontman has recently become a friend of the band, as well as an obvious influence on the song that bears his name), Lady Gaga (“Lady Dada’s Nightmare”) and Brian Eno, who is cast as a kind of synth-wielding Scarlet Pimpernel: “We’re always one step behind him, he’s Brian Eno!”

There are moments when Congratulations’ paisley jangle sounds a little queasy, but once Sergeant Pepper’s cavalry charge in halfway through the astonishing “Someone’s Missing”, MGMT don’t look back. Their new sense of freedom is epitomised by “Siberian Breaks”, a medley of songs in the style of Todd Rundgren’s A Wizard, A True Star, zinging back and forth from honeyed soft rock to campy minuet to twinkling space oddity to prog meltdown with impressive chutzpah.

The abundance of hooks tossed casually overboard during its 12 minutes suggest MGMT could easily write another “Time To Pretend” should the need arise, although the straightest song here comes right at the end. The closer and title track is beautifully serene little strum, a distant cousin of T.Rex’s “Life’s A Gas”, on which VanWyngarden can’t resist signing off with a little smirk. “Lay down the quilt upon the lawn/Spread my arms and soak up congratulations”, he sings, self-mockingly, as the album fades out with a polite round of applause.

MGMT have already displayed a wry understanding of the workings of the music industry, so they more than anyone will be braced for a backlash from the mainstream media who never would have paid Congratulations a second thought had the likes of “Kids” not unexpectedly become massive hits.

This is a wilful and lovably eccentric second album from a band who’ve had a sniff of being pop stars and decided they’d much rather be weird and esoteric, thanks all the same.

If they can do just enough to persuade Columbia to keep bankrolling their psychedelic adventures, then MGMT are even smarter than we thought.