Return of the Mac? This fine duo album raises hopes 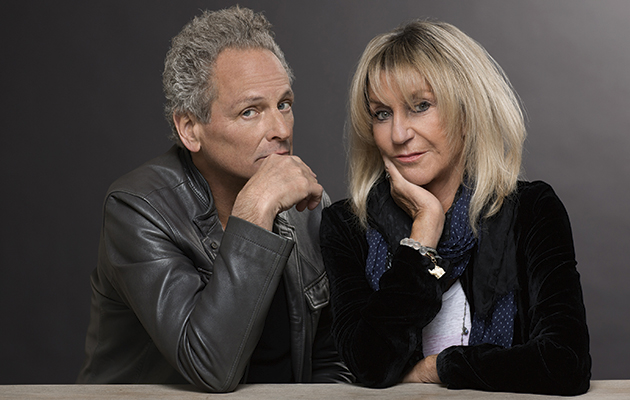 The Fleetwood Mac family tree has so many branches, you’d be forgiven for thinking that there couldn’t be a single gnarled knot or sturdy off-shoot left unexplored. Then along comes a duo LP by Lindsey Buckingham and Christine McVie, providing timely proof that the venerable old oak just keeps on growing.

It’s an intriguing combination. McVie is Mac’s most direct and assured melodicist; Buckingham the band’s appointed experimentalist, the man who harried Tusk to the edges of lunatic invention. She sings of love with an airy sweetness; he explores existential turbulence with a tight, nervy urgency, synapses forever snapping. The pair have written before within the band – “World Turning”, “Mystified” and “You And I Pts I & II” are among the results – but not so frequently that their collaboration comes with any defined expectations. In any case, only three of these 10 tracks are jointly credited. The remainder were written alone. Yet despite Buckingham doing most of the heavy lifting (he contributes five songs, and plays most of the music) the pair’s differing sensibilities dovetail nicely, resulting in something instantly familiar and remarkably fresh.

The prevailing mood is one of hard-earned gratitude, the sound of peace, stability and cautious optimism filtering through later in life. On “Love Is Here To Stay”, a lilting ballad based around Buckingham’s rippling acoustic guitar figure, he sings “tender was your miracle” with a dazed amazement, having allowed that he “played too rough” in the past. McVie’s “Game Of Pretend” is a similarly caveat-free declaration of love. It begins as a soulful piano piece, a sequel of sorts to “Songbird”, although its good intentions eventually descend into rote schmaltz.

It’s a rare misfire. Mostly, Lindsey Buckingham/Christine McVie is an easy, uplifting listen. The first big-hitting chorus arrives within 30 seconds, on the Buckingham-fronted, jolly “Sleeping Around The Corner”, and the tunes keep on coming. Though co-written, “Feel About You” is vintage McVie, its pop nous and loved-up lyric slotting into place with a satisfying inevitability. Even when she’s ostensibly beset by heartbreak, as on “Red Sun”, she still sounds like she’s skipping along a Caribbean beach at twilight. Nobody, but nobody, breezes like McVie.

It’s left to Buckingham to lurk in the shadows, such as they are. “In My World” trades trademark glowering verses with a bright sunburst of a chorus, slipping in a sly nod to “Big Love” as it goes, with a scattering of disembodied “uh-ah-ohs”. The terrific “Lay Down For Free” thrums with that strange, churning momentum that he has made a speciality, perked up with a warm sheen of harmony.

None of it is a million miles from the plush punch of Mac’s 1980s work. The songs arrive uncluttered, hanging on supple melodies, taut guitars and meaty rhythms. The exception is “Too Far Gone”, a throbbing blues-rocker powered by a vicious guitar riff and a look-who’s-here drum attack courtesy of Mick Fleetwood, who appears on a few tracks. John McVie also pops in to lend a hand; perhaps tellingly, there’s no sign of Stevie Nicks.

Still, family matters are never far away. As you might expect given the tangled path which has led to here, there are times when it all becomes a little meta, moments that feel like they were conceived for the benefit of Mac’s inner circle. The creeping, atmospheric “Carnival Begin” is misted in imagery about ships at sea, mysterious doors and sparkling merry-go-rounds. Written by McVie, it’s the most intriguing track, an extended metaphor for her life in the band and her liberating decision to re-enter its orbit in 2014. “I can fly again/Got the freedom in my mouth,” she sings.  “I always wondered if you missed me.”

Next year Fleetwood Mac embark on what is being billed as a farewell tour.  They apparently have no plans for any further recording. Who knows what the future will bring, but it would be a shame if this album is viewed as a kind of consolation prize, the next-best-thing to a final Fleetwood Mac album. Whatever its genesis, this off-piste project has turned into a far more substantial, fully realised undertaking than that.