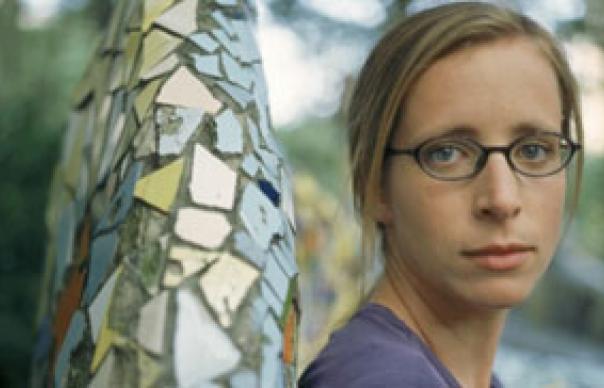 The wider world has gone Laura Veirs crazy since Uncut raved about her terrific 2003 indie release, Troubled By The Fire, and last year’s wintry Carbon Glacier. The Colorado-born, Seattle-based songsmith has even begun picking up fulsome praise in the US after years of being overlooked.

In typically opaque Veirs fashion, Year Of Meteors is filled with nature imagery, travelogue snapshots and stream-of-consciousness musings. It feels less like a breathy late-night confessional than previous albums, which may disappoint fans of her more fragile, introspective side. But it’s also her most inventive and expansive work to date, incorporating crunchy grunge-pop powerchords and light electronica noodlings into her trademark acoustic austerity.

Both musically and emotionally, Year Of Meteors is less downbeat and restrained that Carbon Glacier. There’s even a new rock’n’roll poke behind the finely poised arrangements of “Cool Water” or “Rialto”, a flashback to snatched glimpses of sunlight flickering on Venice’s Grand Canal. The tremulous tunesmith Veirs might make an unlikely candidate to crank up and rock out, but some of these tracks have an almost rowdy good-time swagger, like an Unplugged makeover in reverse.

At least two songs are contenders for the finest Veirs compositions yet: the whooshing sci-fi synthesizer reverie “Galaxies” and the fragile, ghostly ballad “Magnetized”. Both tap into recurring motifs of undersea kingdoms and airborne creatures that are loosely threaded throughout the album. But some bare personal insights still lurk among this welter of magic realism – as in “Spelunking”, where the bizarre business of cave exploration becomes a metaphor for entering “the caverns of my heart”.
Year of Meteors is no flat-out masterpiece. A few songs feel like colourless makeweights, while Veirs’ avant-folk wanderings remain a little timid. More could have been made of the hidden final track, for example, which appears to have been recorded down a crackly phone line. Still, Veirs is clearly moving in the right direction, adding new tones and twists without forgetting her simple flair for heart-tugging beauty.