Kurt Vile – Bottle It In 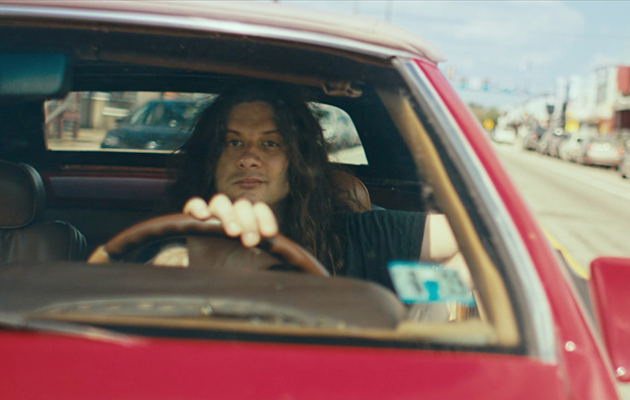 If any one song on Kurt Vile’s first album in three years reads like a mission statement, it’s his sweet cover of Charlie Rich’s “Rollin’ With The Flow” from 1977. As an homage to the freewheeling rock’n’roll life, it fits Vile’s putative neo-slacker profile. But groovy existentialism aside, the song’s title and languid pacing together sum up this record’s epic reach and allude to the constant movement that helped shape it. More than any of his previous albums, Bottle It In marks Vile as a scenery-and-horizons rather than quickest-direct-route guy – both literally and metaphorically.

This is hardly a radical switch for the 38-year-old songwriter, singer and guitarist. He’s said that the songwriting process is about “letting your brain drift wherever you are”, and has talked about his early interest in Appalachian bluegrass jams. He once described Smoke Ring For My Halo as “a wandering record”, a familiar trope in the blues/roots music playbook. And Vile’s songs have long been characterised by their attenuation and loose, exploratory quality, from the drone blues of Childish Prodigy’s “Inside Looking Out”, through the trippy slow wind that is “Laughing Stock” (off his “So Outta Reach” EP) to “Wheelhouse” and “Lost My Head There” from B’lieve I’m Goin Down…. Associations with The War On Drugs, Steve Gunn and Courtney Barnett represent the same itinerant style, albeit differently realised. But at a total length of 76 minutes, with two tracks running well over the 10-minute mark and a geographical stretch from his hometown of Philadelphia to California, his latest is something else again.

The record took shape as it was recorded, its starting point the end of the Violators’ B’lieve I’m Goin Down… Asian tour in Hawaii. Vile had his family meet him there and stayed for two weeks, then decided to stop off in LA on the way home, where he did some recording with producer Rob Schnapf. “I sort of discovered that was the way to do it,” he told Uncut. “It’s just like, combining things: playing for people live, seeing the world with family – it’s all way more real.” Impromptu recording sessions in studios across the US – Philly, Brooklyn, Portland, LA – were slotted in between lengthy US tours and road trips with his wife and children. Writing was done on the hop. The hazy, lazily plangent “Hysteria”, for instance, was penned on a plane and assumes extra poignancy in light of the fact that for a while Vile was scared of flying (“Stop this plane cuz I wanna get off, pull over somewhere on the side of a cloud and watch me get out”).

All of which makes Bottle It In a very particular road record, involving both longstanding collaborators (Violators Rob Laakso, Kyle Spence and Jesse Trbovich, Farmer Dave Scher, Warpaint’s Stella Mozgawa) and newer connections (Shawn Everett, Kim Gordon). The notion of musicians as a kind of diaspora is a dubious one, but these contact points  have sparked a deep, soulful warmth  that complements the album’s meditative cool, droll humour and sometimes  bleakly philosophical lyrics. There’s a lot of love, too, from the opaque “One Trick Ponies”, with its irresistibly rolling, country-rock gait, easy vocal harmonies and startling news flash (“I’ve always  had a soft spot for repetition”), to the scratchily cinematic “Cold Was The Wind” – where Vile acknowledges the small, world-righting acts of love parenthood involves – and the terrific title track with its rattling backbeat and plucked harp, where he first warns against declaring one’s love “for your own sake, cuz you never know when your heart’s gonna break”,  then flips to the dire consequences of having “bottled it in”.

Running at over nine minutes, the casually ecstatic “Bassackwards”  is another standout: guitars (both  finger-picked acoustic and backmasked electric) push and pull with gentle,  psych-folk insistence over synth and  harp accompaniment, while Vile dives into the mystic, musing “with a very drifting mind” on life, the universe and  his place in it until he’s almost untethered, snapping back “just in time to jot it down and come around”. “Check Baby” is its polar opposite, a gnarly, swinging sketch of the endless routine of touring life and  a wry comment on the normality it’s  come to represent.

For all this set’s seemingly effortless, freehand charm and the feeling that Vile is simply the wrangler of songs that have their own agency, that’s clearly not the case. However eccentric and laidback his expression, it’s as masterfully distinctive as that of any auteur. Vile’s a soulful and perceptive rover, not some head-scratching rambler. Bottle It In proves that there’s a literal world of difference between them.