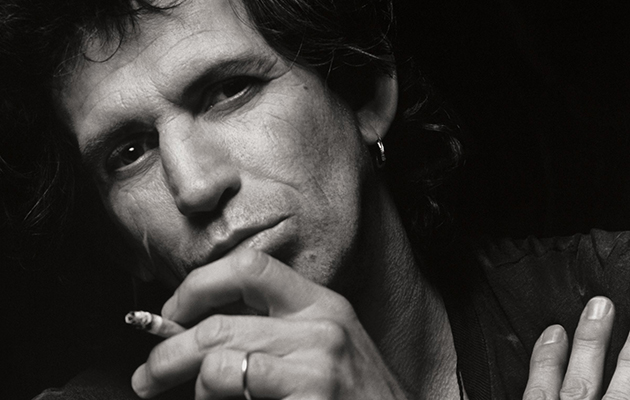 The 1980s ushered in a mid-life career crisis for the Stones. There were high points, of course: “Start Me Up”, “Undercover Of The Night”, “Too Much Blood”; a record-breaking deal with CBS for $50m. But, incompatible with mainstream pop and the flourishing independent scene, the Stones were not quite sure how best to proceed. Uncertain about the future, differences of opinion raged between Mick Jagger’s modernising zeal and Keith Richards’ traditionalism. By 1985’s Dirty Work, relations in the band were at their worst. Jagger took up his solo career; Richards fumed.

Richards says now that he saw Talk Is Cheap, his solo debut, as a means of “filling in time”; something to keep himself occupied until the Stones, inevitably, reconvened. Which is to do a slight disservice to Talk Is Cheap – a slurry romp through blues, Memphis soul, country, roots and rock’n’roll that’s far closer to the murky atmospherics of Exile… than the sleek, flat production on Dirty Work.

As befitting songs collaboratively worked up in the studio, Talk Is Cheap relies more on groove and mood rather than song. Richards, of course, will tell you that you can’t have the ‘rock’ without the ‘roll’; and as Talk Is Cheap progresses it becomes apparent that the ‘roll’ is his go-to preference this time. The album opens with “Big Enough” – featuring Collins on bass and Parker on alto sax – which fuses uptown grooves with downtown jams. It’s a startling statement of intent for the Stone: no killer opening riff, no punchy chorus. Richards, lurking quite far back in the mix, offers an update of his situation: “Locked in a hole/Hung out to dry”, although, optimistically, “Still on a roll”.

“Take It So Hard” opens with a riff; but it’s ground out, crepuscular and dense. The song’s swagger instantly recalls the Stones, but Richards and Jordan’s rough-edged, back-to-basics approach to the production wouldn’t have suited any of the band’s output past 1978. Similarly, the urgent tempo of “Struggle” recalls the electricity and aggression of Some Girls, while “Whip It Up” has the salty flair of the band’s early-’70s run. By contrast, “I Could Have Stood You Up” is a lovely take on rockabilly and ’50s doo-wop, with terrific boogie-woogie piano from Chuck Berry sideman Johnnie Johnson and a scorching Mick Taylor solo. Further paying dues to his influences, “Make No Mistake” – a duet with Sarah Dash – is a close cousin to Al Green’s “Let’s Stick Together”, with Richards metaphorically dimming the lights.

Ladies are very much on Richards’ mind throughout Talk Is Cheap. There are 23 uses of “baby” and 24 of “honey” on the LP, as Richards’ narrators attempt to variously find motive or method to the mysteries of love. In some, such as “Struggle”, Richards’ and his inamorata are united against various unidentified pressures: “Hell on hold/Through the night/Without a fight/You gotta face the day.” In others, like “How I Wish”, Richards is in more reflective mood: “How I wish that you were here again…” But there are clearly other subjects on Richards’ mind, too. “You Don’t Move Me” showcases his impressively dogged pursuit of a grudge: “Why do you think you got no friends?/You drove them all around the bend.”

This 30th-anniversary reissue comes with a second disc of six extra tracks from the sessions that double down on Richards’ blues influences. Among the highlights is a jaunty cover of Little Walter’s “My Babe”, and “Slim”, a 10-minute jump-blues jam that’s not as self-indulgent as the length might suggest. They don’t necessarily reveal any hot takes on Richards – where he’s been, where he’s going – but they demonstrate the easygoing camaraderie  of Richards and the Winos.

Times and fashions change, but Keith Richards does not. If anything, Talk Is Cheap finds a musician reasserting his core values: craftsmanship, riffs, the quintessential Stones loose/tight joint. If the Stones collectively understood the purpose of grand gestures, Richards’ Talk Is Cheap is a smaller, more intimate thing; but equally valid, in its way.