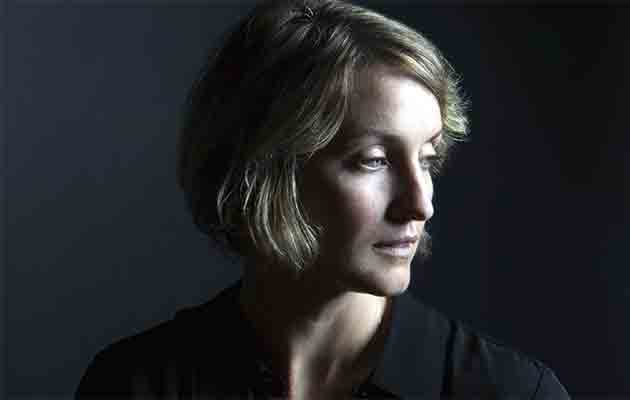 It may seem slightly fanciful to suggest that recording studios have a personality, but when it comes to The Loft, Wilco’s Chicago base, the aura of the place does seem to make its presence known. It is not a conventional studio space. The recording takes place in one corner, there are bunks in another, there is a small lounge area with a TV, and a kitchenette. The room is full of instruments and packing cases.

When Mavis Staples recorded there, she was impressed by the atmosphere of homeliness, and found herself agreeing, against her instincts, to venture into the freezing stairwell to record “Wonderful Saviour”. Jeff Tweedy thought the acoustics of the stairs would add something, and they did. But mostly, the impression Staples had of the recording process was that she was left to her own devices. “He doesn’t try to tell me how to sing,” she recalled. “He leaves it all up to me.”

The experience of Joan Shelley – an artist on her fourth album, but perhaps only now beginning to fully realise her creative identity – is strikingly similar. Tweedy’s interventions were subtle; more encouragement than direction. Shelley and her guitar-playing partner Nathan Salsburg were given free rein, and opted to intensify the minimalist course Shelley had set out on her 2014 album Electric Ursa. That record, and its 2015 follow-up, Over And Even, focused on the interplay between the two guitars, and Shelley’s voice; the chilly clarity of which leads to her being classified as a new folk artist. True, she can sound like June Tabor, and Salsburg is a master of psychedelic understatement (as well as being a folklorist with the Alan Lomax archive), but the folk label is misleading. Shelley is folk in the same way that Gillian Welch is country’n’western. Which is to say, occasionally, sometimes, more by accident than design.

Perhaps the best way to consider Shelley’s music is to think about where it comes from, and why it sounds like that. She was raised on a 35-acre farm outside of Louisville, Kentucky, and always wrote and sang. She was shy, but started to develop her musical personality when she went to college in Athens, Georgia, to study anthropology and environmental ethics. She chose Athens because of its reputation as a music town, and started playing publicly at coffee houses and open mic nights. After learning guitar, she took up the banjo. She now suggests, only half-joking, that she plays her guitar as if it is a banjo. She also plays banjo and does three-part harmony singing in Maiden Radio (along with Cheyenne Mize and Julia Purcell). That trio is more strictly old-timey, but even there, they bend tradition with twisted harmonies and modal tunings. With Shelley, there is more going on than is at first apparent. But to begin with, you hear the restraint.

On Joan Shelley, Shelley and Salsburg were joined by Jeff Tweedy’s son Spencer on drums, while Tweedy himself added bass parts later on. Certainly, the Tweedies add colour to the austere palette, but this is a record which shouts quietly, especially on the penultimate tune, “Wild Indifference”. The album plays like a song cycle about love, the attraction and the vanity of the emotion, and its sudden waning, and by the end, the sense of absence is overpowering. Before that, there is hope. The record starts with “We’d Be Home”, which pushes Shelley’s mountain-stream voice right to the fore, establishing a mood of pure longing. Listen closely, and the seeds of emotional destruction are already evident. On the gently swinging “Where I’ll Find You” the sense of blushing loveliness obscures the toughness of Shelley’s worldview: “Tie me to the banks and hold me/Safe from all the storms that form behind me/Out on the blank sea”.

Romance as oblivion is a tough message, and there are brighter moments. “Go Wild” has Shelley fixating on a high-flying bird, the vocal soaring over Spencer Tweedy’s brushed drums almost manages to obscure the desolation. It’s followed by the gorgeous “The Push And Pull” which embraces a jazzy shuffle, the better to disguise a tussle between hope and regret in which hope is always the likely loser.

Q&A
Joan Shelley
How did Jeff Tweedy influence the record?
He was sensitive to us, giving us the benefit of whatever doubts he had – letting us have our say. He played bass and that steers the feel of the record.

Did he suggest changes to your sound?
You can really hear my guitar in one speaker and Nathan’s guitar in the other. It left me feeling very vulnerable in the beginning because when Nathan and I are playing in a room together I hear the sound combined. I think I have super guitar skills that I don’t have.

It seems like a song-cycle about a relationship that is breaking up.
Certain parts of it. Definitely. Giving up on intense romantic desires that are maybe more about oneself than the other person – a relationship that has to break up eventually one way or the other. Some of it’s family-related. It’s watching the love relationships unwind.

Do you consider yourself a trad folk artist?
I don’t think I am. I know people who I would consider traditionalist – they’re more schooled in the tradition, steeped in it and grew up in it, whatever. I just admire it, so I think I’m something else.

What’s the scene like in Louisville, Kentucky?
It’s diverse. There’s bluegrassers and old-timers, then there’s the hardcore post-punk thing. A lot of those people took what they admire from The For Carnation and Slint and applied that sharpness to the softer genre. I just love it. That’s what Bonnie ‘Prince’ Billy is to me. He’s a neighbour.
INTERVIEW: ALASTAIR McKAY