Jeff Buckley – Grace Around The World 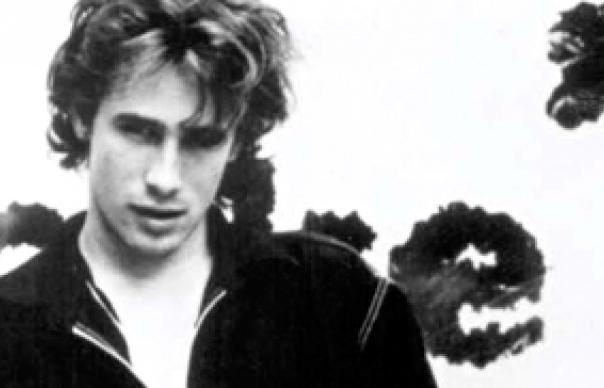 When Uncut nterviewed friends and bandmates of Jeff Buckley in 2007, to mark the tenth anniversary of his death, one particular image stood out. Buckley had been a mysterious chap, prone to sudden departures and reappearances, with many strands to his life. At his remembrance service, all his friends finally met. And gazed at each other, wondering how one bloke could accumulate so many disparate-looking, seemingly unconnected people.

Whether we talk about the music or the man, it doesn’t take long to get misty-eyed about Buckley. Just look at the chapter titles of Amazing Grace, a 62-minute documentary that comprises one disc of this three-disc package. “Onslaught On The Emotions”, “Punk Rock Soul”, “He Made You Believe”. Holy hyperbole, Batman, was he a musician or a messiah? But just as Buckley’s singing demanded a spot of readjustment (and even a leap of faith) from audiences accustomed to Stephen Malkmus and Wayne Coyne, it’s a question of stepping into a different world. A world in which a friend of Buckley’s can say, “Jeff’s music was my best friend,” and you think, “Actually, yes, fair enough.” A world in which Buckley himself murmurs, “I wanted to dash myself on the rocks,” while looking like a mid-’80s Matt Dillon aching with existentialist confusion, and you think, “God, how poetic.”

Amazing Grace begins with Buckley in New York, where he moved from California in the early ’90s. Acquaintances and colleagues recall him as a musical sponge, able to soak up (and sing) anything he desired. There is plenty to show us: a short-haired Jeff at the Knitting Factory in ’92, singing “Satisfied Man” in a Sex Pistols T-shirt; a more slacker-attired Jeff at the café Sin-é, where, we are told, passers-by would stop and press their faces to the window, and “there could be 10 or 12 limousines parked out the front”. These were the record company A&R executives, who’d got wind that the late Tim Buckley’s son was performing spellbinding sets of rock, jazz, Qawwali, country and indie-pop. An attractive film to watch, Amazing Grace unfolds to a measured tempo (talking head, bit of music, talking head), with everyone agreeing that Jeff was composed of a special, indefinable essence; a restless soul who lived a spontaneous existence that many of us would like to. His death, incredibly, comes as a shock even though we know about it.

The music on Buckley’s hugely acclaimed album Grace (1994) accounts for the other two discs. One is a CD of 12 live tracks. The other is a DVD of these tracks being performed (1994-5), in TV studios and concert venues from London to Tokyo to New Orleans. Once presenter Tracy McLeod has introduced “Grace” on BBC2’s The Late Show, Buckley assumes his typical stance: low-key, standing to the left onstage, chopping at his Telecaster in that straight up-and-down alt-rock style, while out of his mouth come rhapsodies of uninhibited sensuality that make you blush to your boots. Remember, this was the show where, a few years earlier, The Stone Roses behaved like football fans with their rattles confiscated. Next to them, Buckley is Caruso. As he hits his most delirious falsetto note in the song, the director frames the shot to get The Late Show’s logo – a howling wolf silhouetted against the moon – in the background.

“So Real” and “Mojo Pin”, from a Frankfurt TV broadcast filmed a month later, have a more ‘rock gig’ atmosphere. There’s an audience, and occasionally we’re in it, peering through rows of floppy-haired young Germans who are dressed just like Buckley and his band. A hushed mood, then a noise-rock cacophony, then a small gesture to silence the band (his deadpan “I love you” in “So Real”) and a sense that this may be the 1990s’ closest equivalent to the Albert Hall scenes in the Led Zeppelin DVD. Intimacy, power, more intimacy. And neither of them are exactly taking prisoners. No wonder Jimmy Page was such a Buckley fan.

Conscious, perhaps, that his fans would like to see him in person, the DVD inserts extracts from his TV interviews between the songs, which can be skipped, though the chapter numbers on the box don’t quite correspond to the ones on your player. (After three viewings, I got the hang of it.) Those who sit through the disc’s entire 118 minutes – including bonus material – will see a broodingly intense young man, resembling Bernard Butler more and more as the months pass, singing in soft, unfashionably feminine ways that had a major impact on music. The ‘Buckley sob’ (Radiohead, Muse, Starsailor) duly replaced the Britpop ‘character’ voices of Cocker and Albarn. Buckley, however, was not strictly feminine. He was sensual, voluptuous, full-on and committed, and it can be a hell of a force to witness.