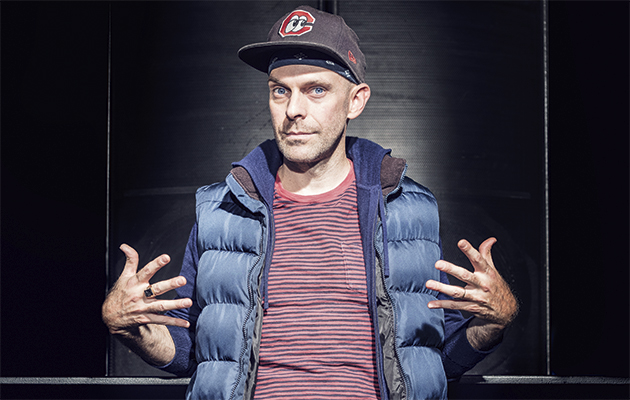 As he’ll happily attest, Hans Chew’s reputation is mainly built on his abilities as a pianist. 2010’s terrific solo debut, Tennessee & Other Stories…, wove together R&B, blues, gospel, rock’n’roll and ragtime funk into a ravishing tapestry of American roots music, with piano as its defining texture. Successive releases – 2014’s Life & Love and last year’s Unknown Sire – were further manifestations of the same free-spirited approach, an extension of his earlier days manning the keys for the late Jack Rose and D Charles Speer & The Helix. Sometimes, though, you need to fuck with the formula to stay engaged.

In Chew’s case, he’s chosen to return to a less-acknowledged area of expertise, the guitar, to drive the spontaneous visions of Open Sea. It’s an album that reaches into the past for its guiding directive, informed by the exploratory zeal of Neil Young & Crazy Horse, Fairport Convention, early Fleetwood Mac and late-’60s psych-rockers Mighty Baby. The emphasis here is on jamming – lots of it – as Chew and regular guitarist Dave Cavallo create endlessly supple improvisations over bare song structures. One of Open Sea’s operative texts is Live At The Fillmore East (1970), marked by the interplay of Danny Whitten’s rhythm guitar and Neil Young’s lead, riffing on themes and firing off at unexpected angles. “I wanted to take a typical Hans Chew song and really expand it,” he explains. “I could be Danny and Dave could be Neil.”

There is, of course, much more to Open Sea than jams for jams’ sake. Chew’s new rhythm section of Jimy SeiTang and Rob Smith, members of local New York collective Rhyton, are very much involved in the creative process too, bringing nuance and verve to these six songs, only one of which dips under the six-minute barrier. And then there are the keen melodies and pliable grooves, allied to Chew’s strapping, oblique vocal lines, all of which keep things moving along with a minimum of drag. As does, incidentally, long-time engineer Jason Meagher, whose Black Dirt Studio specialises in recording on the hoof.

The vintage Fairport references, specifically the musical rapport between Richard Thompson and Dave Swarbrick, are most explicit on “Give Up The Ghost” and “Freely”. The former flits between Band-ish country-blues, roistering rock and the kind of intuitive give-and-take – with Cavallo approximating Thompson’s spidery modal guitar – that hoisted “Matty Groves” and “A Sailor’s Life”  to fresh heights. Similarly, “Freely”  is nine minutes of gloriously unfettered folk-blues, its pagan heart enlivened  by a vampy piano figure (wisely, Chew hasn’t dispensed with his usual instrument altogether).

“Cruikshanks” is a little knottier, its funky R&B venturing off into faintly prog territory, before meandering into the sort of semi-pastoral glade that was once the province of Traffic. Just when it seems to have levelled out, Cavallo lets fly a heroic solo that coaxes in one final, impassioned verse from Chew. The same wandering dynamic underpins the title track. As on portions of Tennessee & Other Stories…, there’s plenty of New Orleans in its deep, rolling grooves and boogaloo piano, though the more off-kilter passages cast a darker shadow, as if the band are playing a party at the end of the world.

This sense of disquiet is echoed in Chew’s lyrics. “Open Sea” finds him adrift, metaphorically, tossing his  fate to the four winds, unsure of what the future holds. The relatively concise “Who Am Your Love?”, which glides in on a Southern blues motif, addresses the issues behind Chew and his wife’s problematic attempts to start a family and the impact on their creative lives. “The mind prepares what the heart ensnares,” he rasps, “Forever after/Out of the black it comes.” Then there’s what Chew calls “the ubiquitous stuff from the past that I can’t seem to shake”.

“Give Up The Ghost” contains veiled references to the drug abuse of his twenties (he finally cleaned up some years prior to his debut LP) and strained familial relationships. The ebullient “Extra Mile” – a meeting of whiskery country-funk and speakeasy jam, like something Bobby Charles or Bobby Whitlock may have cooked up in the early ’70s – addresses his relationship with his father, who died of cancer when Chew was just 14. It’s a song of lasting paternal love and unbroken bonds, even in death, his memory a source of artistic fuel that Chew continues to draw from: “I’ve spent all my life tryin’  to see his song was sung.” Brave, bold  and captivating, it’s a perfect illustration, in miniature, of Open Sea’s many and varied charms.