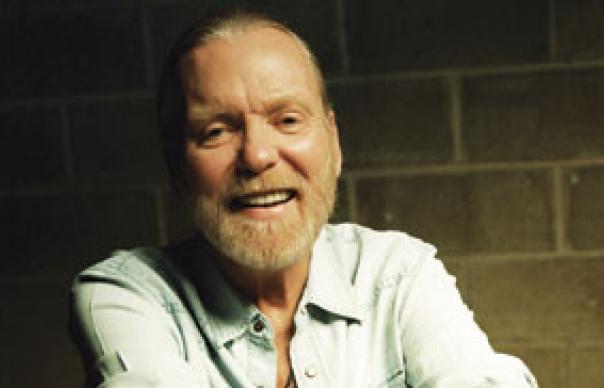 A liver transplant is a hell of a way to celebrate your 63rd year on the planet, but Gregg Allman had the good sense to make a great album before he went under the knife. Perhaps his face-off with mortality, while not his first, helped energise this roaring return to form. Allman certainly sounds like he’s singing for his life on a set of masterfully played blues classics, drawn from the artists that first excited the pubescent Gregg and his big brother Duane back at the dawn of the 1960s, when the pair would sneak into the shows of BB King in a still-segregated South.

The choice of T Bone Burnett to produce his first solo album in 14 years was surely a no-brainer. Burnett’s prodigious output has included some major refits for stars of a certain age in search of a tasteful upgrade of their still-active talents. Robert Plant/Alison Krauss’ Raising Sand and Elton John/Leon Russell’s The Union are recent cases in point.

Low Country Blues has touches of the Americana that Burnett brought to those records – a rolling semi-acoustic “Believe I’ll Go Back Home”, with dancing mandolin for example – but the heart of the album lies in an altogether different place; the roadhouses and ballrooms of 1950s black America.

Records from the golden age of rhythm and blues still dazzle, but their sound is compressed and muddy. Here we have a top-class band reproducing the sound one would have actually heard at a Bobby Bland show back in his prime; wickedly spiky electric guitar, big, purring brass section, rhythm section dragging behind the beat, and up front, a man pouring out his soul.

Burnett’s wizardry – an anorak knowledge of vintage analogue equipment with a great ear for atmosphere – lends Low Country sonic charm, and a five-star band do the rest. Alongside Burnett’s usual rhythm section there’s Dr John, whose teasing piano is a constant, background presence, while Doyle Bramhall II proves he’s the young axeman to watch (Doyle I is also a guitar slinger of eminence). His playing, say on Muddy Waters’ “I Can’t Be Satisfied” has an unusual grace.

Allman takes to the spotlight with the assurance of a man who’s been singing the blues for half a century. The Allman Brothers Band may have helped originate the bragging Southern boogie of Lynyrd Skynyrd et al, but their allegiance to the blues always gave them a spine others lacked, even if the band never recovered from the loss of the trailblazing Duane.

Low Country Blues reshapes Allman’s personal narrative into that of modern bluesman, craggy and besuited on the cover. It’s a record some distance from the jam band aesthetic and dogged rock of 1969’s The Allman Brothers Band and its ‘Gruntin’ Gregg’ vocals, further still from Gregg’s various midlife follies, though the toll of failed marriages (Cher! Twice!) is there in Gregg’s testimony on Amos Milburn’s “Tears Tears Tears”; “I believed it when she told such sweet and lovely lies”.

Gregg and T Bone vary the pace and style with aplomb. After the opening, over-inflated “Floating Bridge” we go to the country moan of “Devil Got My Woman” with dobro and slide. “Blind Man” is big band blues plucked from Bobby Bland’s heyday. “Please Accept My Love” is lesser-known BB King given a sumptuous horn coda. Magic Sam’s “My Love Is Your Love” and Otis Rush’s “Checking On My Baby” take us to West Side Chicago for slow, hard lessons in love. The closing “Rolling Stone”, with Allman’s B-3 organ up front, is a southern swamp thing, with Rebennack’s gris-gris piano and Bramhall’s slide helping cook up an atmosphere. Like the opener, it promises more than it delivers, but pretty much everything in between rings the bell.
NEIL SPENCER

Q+A
GREGG ALLMAN
You made the record before you got your new liver. What kind of shape were you in?
I was feelin’ pretty damn good. The music lifted me up. Everything fell right into place. I expected to be in the studio at least three weeks, and we cut 15 tracks in 11 days. I put a pilot vocal on every one of ’em, but a couple of ’em were keepers, and there wasn’t no denyin’ it. “Please Accept My Love” was a first take. It came across nicely – I was stone in the mood.

How did this experience differ from your band and solo projects?
When you have just the head chef and the very professional cats he’s workin’ with, you all get together and they say, “How do you want this”? The communication was just so right-fucking-on. They seemed to know just what I wanted, and I wasn’t totally sure myself, because it was different songs, different settings and they had access to every instrument anybody could want. It was a big sandbox with all the toys, and it was a whole lot of fun. Everybody kept smilin’, and there was no sign of any bullshit.

Everything on the album seems authentically vintage.
It sounds like it should be on a scratchy old 78, with the stylus buried down in the record, hitting potholes in the grooves [laughs]. It was really happening, I’ll tell ya. I can’t wait to do another.

You’ve said you want T Bone to produce the next Allman Brothers album.
I don’t know if it’d work or not. I don’t know if T Bone would be into it, or if anybody’d be into it. But the Brothers wanted to learn “Just Another Rider” yesterday when we was at rehearsal.
INTERVIEW: BUD SCOPPA