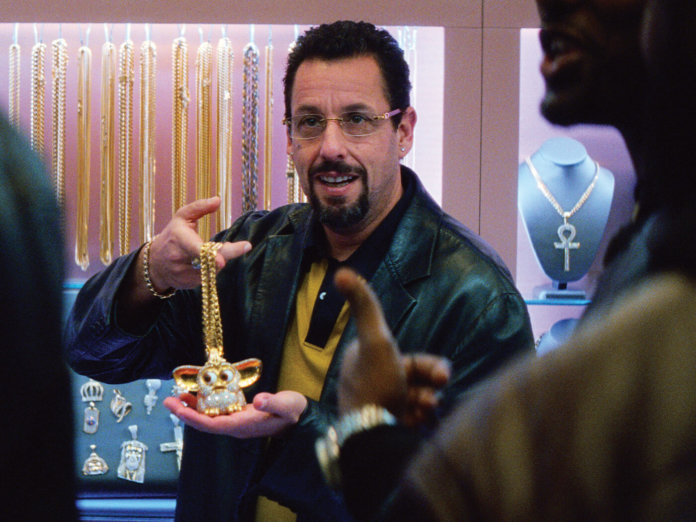 Josh and Benny Safdie have spent a decade making scrappy, low-budget movies on the streets of New York; freewheeling, urban stories, in other words, that hark back to an earlier era of filmmaking. In their last film, Good Time, Robert Pattinson played Connie Nikas – a bright, resourceful petty crook who falls into a night-long churn of violence and exploitation, redeemed only by the unshakeable love he holds for his brother Nick. A good reference point might have been Scorsese’s underrated and arguably more commercial work from the ’80s – After Hours, in particular.

Uncut Gems, the Safdie brothers’ latest, is a kinetic, midtown Manhattan tale, a jewellery-district drama that features a towering performance from Adam Sandler – continuing the run of good work that includes Noah Baumbach’s The Meyerowitz Stories.

Sandler plays Howard Ratner, a brash jewellery salesman whose life is constantly on the edge. Always in debt, Ratner is one of life’s schemers, and he comes to believe that the answer to his prayers is a valuable stone, illegally imported from Ethiopia. When a famous basketball player, Kevin Garnett (playing himself), becomes obsessed with it, Ratner figures his ship is finally coming in – but fate has other plans for him.

For those turned off by Sandler’s usual comedy shtick, the good news is that there’s very little of it here. His company might get a little wearing, but that’s partly the point, and the Safdies offset his abrasive nature with some sympathetic supporting turns, notably from Julia Fox as Ratner’s mistress. We are rocketed through Ratner’s world – a place of permanently raised voices, propulsive camera work and blaring noise – accompanied by a pulsing score from Daniel Lopatin, AKA Oneohtrix Point Never. Aside from Scorsese, the Safdies channel other masters of New York’s discomfort zone, including Paul Schrader, Abel Ferrara and James Toback. The Safdies more than deserve to sit at the same table.