A love song to ’60s fashion, pop and glamour 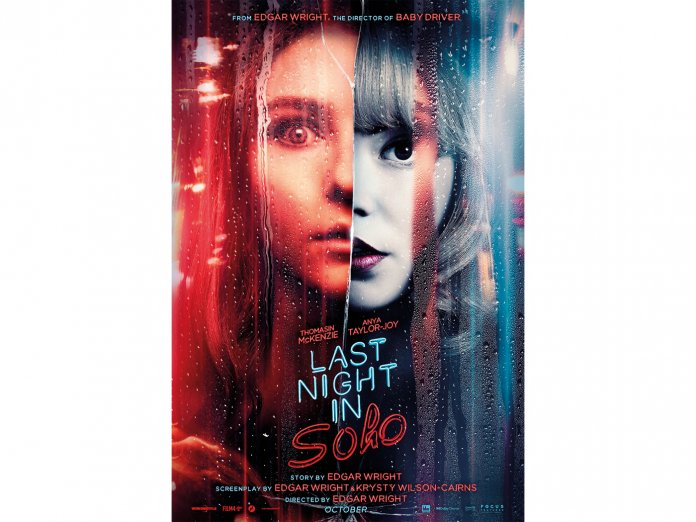 While property prices make even the Soho of the 1990s a distant memory, the district in its older bohemian prime really is a long-lost Atlantis. But it resurfaces vividly in Edgar Wright’s Last Night In Soho, a cinematic séance with the spirits of the West End’s bygone glory. A love song to ’60s fashion, pop and glamour – while peeling back the dust covers over a squalid past – Last Night is a ghost story about a retro-loving ingénue, Eloise (Thomasin McKenzie), who comes to the big city to study fashion. Alienated, anxious and alone, she is haunted by visions of Sandie (Anya Taylor-Joy), an aspiring singer in the 1960s who falls in with a dashing king of clubland (Matt Smith). Sharing Sandie’s adventures as she sleeps, Eloise soon discovers the grubbier side of London’s brilliant parade.

This dizzily imaginative film feels like the best of Julien Temple’s Absolute Beginners infused with the nightmare spirit of Roman Polanski’s 1965 chiller Repulsion. It’s dazzlingly executed, visual trickery turning Eloise and Sandie into mirror-image sisters as they swirl around Piccadilly’s nightspots. McKenzie and Taylor-Joy gel superbly as yin/yang sisters under the skin; the narrative twists deviously; and the film makes canny use of those authentic icons of ’60s Britain, Rita Tushingham, Terence Stamp and the late Diana Rigg. Scripted by Wright and Krysty Wilson-Cairns, this is also a sharp post-#MeToo vision, reminding us that the ’60s sexual revolution was also a field day for the old predators who had always considered showbiz their feeding ground. It’s a bit too ghoul-heavy in its final stretch, but overall, this is an exhilarating, inventive blast of the past. Dave Dee, Dozy, Beaky, Mick and Tich – the film is named after one of their songs – would be proud.