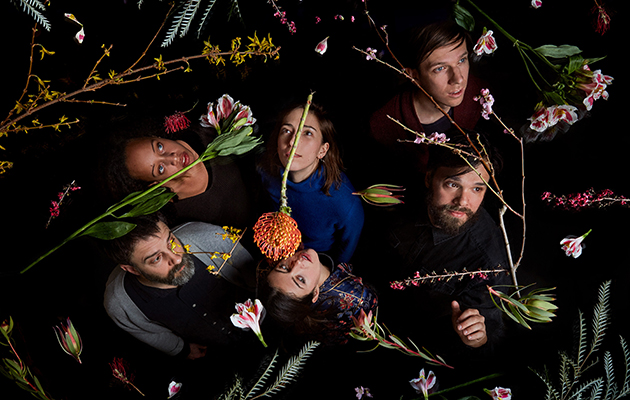 “Is it me or is the condition of indie rock in the 24½th century both bad and boujee?” enquired Dirty Projectors mainman Dave Longstreth in – where else? – an Instagram post last year. “Bad in the basic sense of musically underwhelming […] and also bad like Sartean bad faith, outwardly obedient to an expired paradigm that we know in our hearts basically makes no sense […] And boujee in the word’s negative sense: refined and effete, well removed from the raindrops and drop tops of lived, earned experience?”

Cue much mockery across the streams and feeds of the modern indiesphere. It’s a mistake to think Longstreth wasn’t in on the joke, and acutely aware of the earnest embarrassment of asking such questions in 2018. But it’s to his credit that he would broach the subject, even ironically. Across eight albums of elliptical, knotty, absurdly high concept, sublimely affecting, dazzlingly achieved indie rock, he has led the Dirty Projectors on an exemplary, quixotic 21st century indie rock quest to vault out of the expired paradigm.

On “Break-Thru”, the lead track from Lamp Lit Prose he thinks he might even found the escape route. “Middle-earth highbrow / Her line is Pablo, but her colour’s Fauve… She’s a break-thru”. It’s a manic, box-of-frogs zydeco update of Dylan’s “She Belongs to Me” – the model of an artist who don’t look back, and “can take the dark out of the nighttime / And paint the daytime black”. Here, though there’s “under the sun there’s nothing new / she keeps it 100 in the shade”.

But rather than exploring determinedly difficult formal innovation, Lamp Lit Prose might be Dirty Projectors’ most ebulliently accessible album yet. Following his initial post, and an online correspondance with Fleet Foxes’ Robin Pecknold, Longstreth conceded that “…innovation isn’t everything. Emotion seems pretty timeless and universal, and that’s the core of music right?” Following the excruciatingly detailed break-up confessional of last year’s pointedly eponymous album, the breakthrough feels psychological as much as artistic. “Blue Bird” might the sweetest, straightest song Longstreth has ever written, as though he were trying to emulate Bacharach & David’s “Close To You” in teasing to very verge of schmaltz. “The Palais Versailles is nice,” he croons, in what feels like a new vow of simplicity, “but to be honest / I’m just fine on this bench with you.”

Which isn’t to say he’s entirely renounced a certain extravagance. “When we met, alien hosannas / were flung from the heavens like Prince and Nirvana,” he yelps on “I Found It In You”, and like much of the most ambitious music of the last year, Lamp Lit Prose seems to have flourished in the purple shadow of Prince. Most vividly on “I Feel Energy”, a brassy cosmic funk extravaganza that wouldn’t be out of place on LoveSexy and “What Is The Time?” where Longstreth’s lovesick falsetto is, possibly for the first time, positively seductive.

Like Prince, Longstreth’s new devotion can seem as much divine as romantic. On the angular ecstatic powerpop of “I Found It In You”, like Deerhoof rampaging “And Your Bird Can Sing”, he sings about leaving behind the locked grids of digital perception, now that he’s found “the pure wave of you” and it’s like he’s describing a religious conversion. In fact Longstreth’s ecstasies seem framed by an apocalyptic sense of an ending: on the album opener, the autotuned gospel of “Right Now”, he declared that it’s “time to sound the trumpet before the blast” and the world “dissolves into snow”.

The weakest moments on Lamp Lit Prose are when this earnestness veers into preaching. “That’s A Lifestyle” is one of a couple of songs that wrestles a little schematically with Trump’s American, and he sounds oddly like Cat Stevens as he wonders “Who’ll stop wasting the lives of the brave / based on a lie?” over some florid west-coast fingerpicking that might not have been out of place on CSNY album. In fact, on “You’re The One” you sense the dawning of a 21st century canyon scene, as Longstreth invites his fellow LA arrivals Robin Pecknold (Fleet Foxes) and Rostam Batmanglij (ex Vampire Weekend) round for some three tenors-style crooning.

You can almost hear the crickets and feel the breeze of a mellow canyon sunset on the closing “Feel It All”, a jazzy hymn to possibility and openness that Chet Baker might have relished. It occurs to you that Dave Longstreth – the most neurotic east-coast over-achieving American artist since David Byrne – sounds… *relaxed*. Longstreth is altogether too restless and strange to ever be entirely at home and at ease among the raindrops and drop tops for long, but Lamp Lit Prose is another outstanding chapter in what is shaping up to be one of the great 21st century musical odysseys.