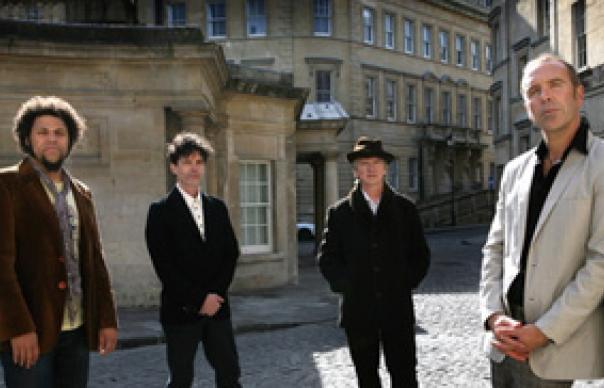 Reunion album from NZ cult band casts its spell gradually but intoxicatingly
Crowded House emerged from Down Under in 1986, a particularly barren period in rock history, failed to become massive after the early smash “Don’t Dream It’s Over” and saw their cult/critical status erode with the rise of grunge and Britpop in the early’90s.

Considering the downbeat storyline, it isn’t surprising that latter-day hipsters dismiss the band as merely another tuneful, undemanding pop combo with no discernible edge. Hardly anyone seems to have noticed that Crowded House’s four studio albums, loaded with sophisticated songcraft, Beatlesque hooks and a strong emotional undertow, hold up better than the bulk of the music from that period.

So the world wasn’t waiting for a Crowded House reunion, and it was unlikely that anything more would be heard from the group after drummer Paul Hester took his own life in 2005. Nonetheless, singer/guitarist/songwriter Neil Finn and bassist Nick Seymour were inspired to dust off the Crowded House moniker as they reunited to record ‘Time On Earth’, primarily produced by Ethan Johns (Kings Of Leon, Ray LaMontagne).

The first two songs represent the album’s extremes. “Nobody Wants To” sets the prevailing melancholy mood, as Finn’s slide guitar hovers like a solitary seabird over a vocal laced with regret. The following “Don’t Stop Now” features a pulse-racing guitar line from guest musician Johnny Marr, as Finn explores the metaphorical possibilities of the GPS, seeking “something I can write about… something I can cry about”.
A few tracks later, the stirring, string-enhanced message song “Pour le Monde” abuts the exhilarating “Even A Child”, a Finn-Marr co-write ornamented by a 12-string part from the guitarist that sparkles like a starry sky. The absence of Hester, the original band’s lone extrovert, is achingly palpable in “Silent House”.

The fact that ‘Time On Earth’ takes several listens to sink in practically ensures that it will be undervalued, if not ignored, which is a shame, because this taut album possesses the immersive qualities and cumulative impact of a good novel.

UNCUT: Why Crowded House, and why now?

NEIL FINN: It just came about through playing music with my good friend Nick Seymour, really. I didn’t anticipate it getting to that point, but at the end of it, it felt like a band record, and I had the hankering – I just felt it. We now have a new band, which carries the name Crowded House very confidently. In Matt Sherrod, we’ve found a drummer with his own personality and angle, and [keyboardist/guitarist] Mark Hart back as well. So I think we’ve given ourselves a future on that basis.

NF: Part of it is the idea that people burn brightly and then they fade out. Also, when I wrote it, I was reading Ian McEwan’s novel Saturday, which begins with a man standing on his balcony watching a plane go down, so the first lines borrow something from that image.