Cache of spirituality and brittle humanity from a tragic figure; liner notes by biographer Mike Stax 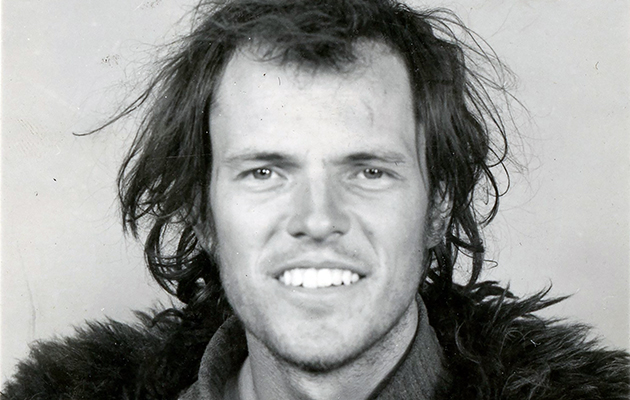 For anyone captivated by ‘60s idealism and its downward spiral after Altamont and the Manson ordeal, Craig Smith’s career arc is sad and riveting. As a teenager, Smith was pop star Andy Williams’ right-hand man in the Good Time Singers. He later wrote songs for the Monkees and Glen Campbell and led Penny Arkade, a fine folk-rock group that never experienced liftoff. From 1968-73, though, Smith fled deep into the mystic and fell deep into the horrific—physically, emotionally, spiritually, geographically—never to truly return.

Living off royalties, Smith traipsed through Europe in summer 1968, downing blotters of LSD and seeking spiritual enlightenment. The goals were a connection with the Maharishi in India and Transcendental Meditation. Unfortunately, disaster awaited in Kandahar, where he was beaten, raped, and robbed. Friends and family said he was never the same, and for those few who heard his homemade early-‘70s albums Inca and Apache (which actually included Penny Arkade material as well), that was just as true. With fragile, floating songs delving deep into the existential, the philosophical, and karma, one could say his music glided onto the astral plane. Smith’s ghostly voice hovers over sweet guitar strums and droning melodies in spooky songs like Apache’s “Ice and Snow” and “Black Swan”, while Inca’s “Sam Pan Boat”, an utterly hypnotic ballad, is gentle and gorgeous, delivered as a mantra guiding willful listeners into consciousness and peaceful rebirth. As Smith mirrors his deep introspection and gallant search for life’s meaning with music, the songs seem as if they slipped into this world from another world.

Love Is Our Existence’s recently discovered, mostly acoustic gems (recorded 1966-71) contrast somewhat with the dystopian freefall of the trippy Inca/Apache material. More structured and graceful, revealing traces of optimism and bits of Smith’s poppy songwriting splendor, they add new depth to his already uncanny narrative. Smith’s sweet, pliable voice, sometimes lofting into falsetto, swings from happiness to doubt, fear to devotion, sometimes within the same verse. The Tim Buckley–styled “Race the Wind,” for instance, merges contentment with tears amid his vulnerable, trembling voice. While “Sky” and “Season” are emblematic—serene views of life, nature, and freedom, Smith’s forlorn wail in “When I Find God” questions everything. It’s a startling, even intuitive view of a life about to shatter into decades of homelessness and mental illness. Flipping the mood, though, the majestic “It’s All Love” could and should have been a Beach Boys’ comeback chart-topper, while the title cut is a drifting, timeless masterpiece. Carrying in its heart a mystical awakening, empathy, and faith against all odds, “Love Is Our Existence” is a model vision of the planet’s peacemakers overtaking its predators.