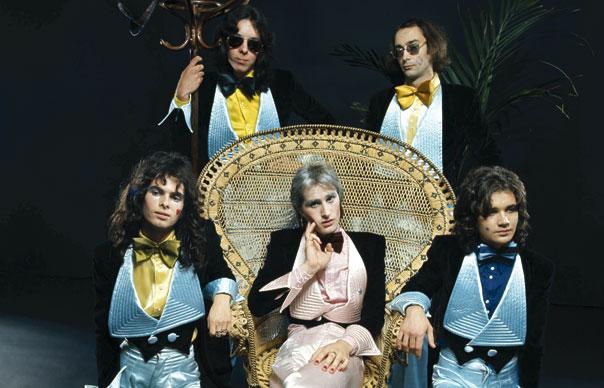 “The kids must need something new by now,” Steve Harley said, starting his prototype-Kevin Rowland war on post-hippy excess in 1973. “They must be tired of screaming guitar riffs that say nothing.”

Born in New Cross, Harley was not a cockney, but the childhood polio sufferer and one-time Essex County Standard hack certainly fancied himself as a rebel. The high-concept theatrical rock showcased on Cockney Rebel’s first two albums is bigger on bravado than innovation, but Harley’s determination, control freakery, and incipient narcissism scythe compellingly through Cavaliers, (a four disc compilation), demo recordings, Peel Sessions, live material and all.

Discarded ‘Rebel guitarist Pete Newnham recalls his old boss obsessing over Blonde On Blonde, Hunky Dory and Ziggy Stardust, and while Harley’s lyrics single him out as a Bob Dylan wannabe who – post-David Bowie – worked out which way the wind blew, but his Rebels were a more singular band than that would suggest. Dismissing lead guitarists as a Woodstock anachronism, the perma-sneering Harley let violinist John Crocker and electric piano player Milton Reames-James lead the musical line. Signed by EMI after a handful of gigs, Harley’s arrogance nettled the cool kids, but glossy debut album The Human Menagerie (1973) has no shame. “What Ruthy Said”, “Loretta’s Tale” and “Crazy Raver” airlift the gossipy intimacy of Lou Reed’s Transformer, but there’s no disguising the shock of the vaguely new on multi-tiered closer “Death Trip”, Harley’s riff on a coroner’s inquest into a friend’s heroin overdose. “Ever thought of dying totally unholy?” he teases, devilishly.

A non-album hit with “Judy Teen” raised the stakes, and NME branded Cockney Rebel “mincing Biba dummies”. Still, 1974’s The Psychomodo is anything but effete. “Ritz” and “Cavaliers” fathom its For Your Pleasure-era Roxy Music depths, and Harley signs off in style on “Tumbling Down”, with the John Cale-ish screams in the big pay-off line “Oh dear, look what they’ve done to the blues” a barbed combination of anti-Ten Years After harangue and self-reverential gloating.

Insubordination in the ranks would see the original band implode soon after wards, with Harley’s 1975 No1 “Come Up And See Me (Make Me Smile)” ridiculing his former co-conspirators’ excessive financial demands (“You spoilt the game, no matter what you say/ For only metal – what a bore”).

The kids ultimately got what they needed with the roundheaded puritanism of punk, but while Cockney Rebel’s legacy amounted to little more than the Doctors of Madness and Ultravox!, Harley’s original vision has gained gravitas with age. Glitter, for sure, but some of it is gold.
Jim Wirth