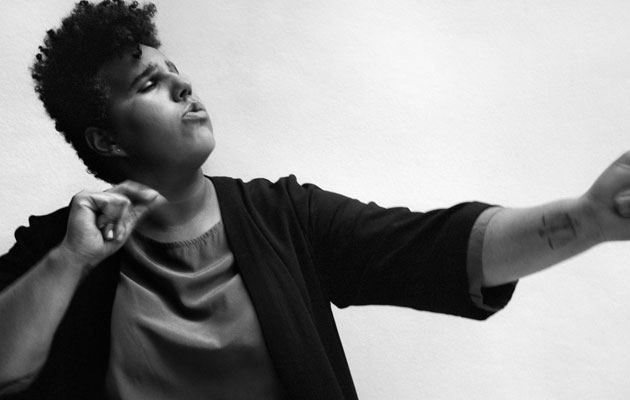 Brittany Howard has the kind of voice that instantly summons the musical past. And that’s the problem. Her band, Alabama Shakes, tried its best to dodge the very sticky label of throwback Americana, making the acclaimed, fiercely modern Sound & Color in 2015. But the industry still treats the Shakes and Howard as spokespeople for the “good old days”, throwing them a Grammy nomination for a documentary film performance of Memphis Minnie’s “Killer Diller Blues” recorded on a primitive sound system and choosing Howard to induct Sister Rosetta Tharpe into the Rock And Roll Hall Of Fame.

The connection was clear – Howard’s gritty, colossal vocals and savage guitar put her squarely on a continuum back to the great female blues guitarists  of the mid-20th century. But she also bristles at the boundaries of that pigeonhole. Recently she told Garden & Gun, “I’m tired of people guessing who  I am, making up who I am.  Like I’m just this throwback Aretha Franklin-like soul singer, which I can do, but there’s so much more to me than that. But I have to show it.”

Doing so meant putting Alabama Shakes, the band Howard has played with for  a decade, on indefinite hiatus. After dabbling in side projects Thunderbitch and Bermuda Triangle, Howard now releases her first record under her own name, and Jaime delivers on her mission of self-realisation, distancing her from the Shakes and the revivalist hopes that surround them, while making her case as a genre-free iconoclast in the ‘tony’ neighbourhood of D’Angelo or Prince.

If Howard is still keeping one foot in the past, it’s shifted to a history that’s much more autobiographical than cultural. The record is named after Howard’s sister, who died as a teenager having sparked Howard’s initial interest in music, teaching her piano and songwriting. That tribute signifies the deeply personal subject matter within, as Howard addresses her sexuality, her mixed-race heritage and religious beliefs in songs as unflinchingly and cathartically honest as a social media confessional.

“I create because I have to, because that’s what I like  to do,” Howard says. “I was  like, why don’t I create something myself, why don’t  I just do it the way I want to do it, do something challenging and scary.”

In terms of personnel, Jaime isn’t completely untethered from Howard’s prior projects. Alabama Shakes bassist Zac Cockrell, who has collaborated with Howard since high school, stayed on. Returning  as well is engineer Shawn Everett,  the in-demand producer for whom  Sound & Color was almost as big a breakthrough as it was for Alabama Shakes – he’s gone on to work with The War On Drugs, John Legend, Kacey Musgraves and Jenny Lewis.

In Everett’s LA studio, Howard dived deeper into the uncanny valley between vintage crackle and future sleek they probed on Sound & Color. She’s helped by a couple of ringers steeped in jazz: Robert Glasper, the hip-hop fusionist who has been a featured keyboardist with Kendrick Lamar, Q-Tip and Maxwell, and drummer Nate Smith, who studied under the wing of Betty Carter and has performed with Ravi Coltrane and Dave Holland.

The result, a tidy 35 minutes and  11 tracks, won’t be mistaken for a jazz album, but the extensive chops of Glasper and Smith expand Howard’s sonic palette in fruitful ways. Without the riffier leads of Shakes guitarist Heath Fogg, Howard deploys a more supple six-string approach, wiggling around her rhythm section on opener “History Repeats” and the flirtatious, defiant “Baby”, or distorting her tone into oblivion (while counterpointing a harp, no less) on “Presence”. The restraint allows the rare moments of soloing – like the EQ-popping fills in “He Loves Me” – to singe brightly.

When the guitar fades into the background, the dynamics expand even further, as on the same-sex slow jam “Georgia”, which progresses from a Rhodes-driven seduction through a church organ bridge before exploding in a climax of neon synths. The cavernous gated drums and swirling keyboards of “Run To Me” let Howard homage “Nothing Compares 2 U” with a romantic, epic lead vocal subverted sonically by being sung into her mobile phone.

Throughout Jaime, Howard also continues to challenge the impressive instrument of her voice in unpredictable ways, sitting more and more at her upper ranges, where it frays with the warmth of a treasured old blanket. She relishes writing melodies that spiral off in unpredictable directions; “Short And Sweet”, the album’s one solo-guitar-and-vocal performance, is as full of musicological tangles as a Dirty Projectors song, effortlessly spanning octaves and navigating abrupt tempo shifts.

Howard doesn’t shy away from the occasional throwback on Jaime, most blatantly on “Stay High”, which sounds like a Curtis Mayfield track beamed in from a transistor radio in 1970, coy drugs/sex metaphors and all. But more nostalgic touch points come from ’80s/’90s R&B – an era that makes much more temporal sense for the 30-year-old Howard’s childhood. “Tomorrow” is a suave exercise in new jack swing, including playful calls and responses with a choir of herself (Q: “Now that we here, what you gonna do with it?” A: “We’re gonna say what the fuck!”) and an icy, cymbal-tapping interlude.

Some of the most impressive moments on the album come when the music and lyrics clash. “Goat Head” launches with a full minute of serene, sample-ready groove before the laid-back vibes are soured, as Howard recounts the details of a hate crime committed against her interracial family decades ago and ruminates on her racial identity (“I’m one drop of three-fifths, right?”). Its photo negative is the thrilling “13th Century Metal”, where she layers a spoken-word self-affirming sermon over an intense jam of distorted organ and drums that concludes with the repeated mantra of “Give in to love”, harmonised to Roy Thomas Baker extremes.

That strain of self-care and personal confidence recurs frequently on Jaime, a salve for the heavy memories Howard excavates along the way. “He Loves Me” takes a Christian stance based around guilt-free positivity – “I know He still loves me when I’m smoking blunts/He loves  me when I’m drinking too much” –  and intersperses YouTube samples  of Houston pastor Terry K Anderson preaching against anxiety with calm humour. If the album’s first track ominously chants, “History repeats  and we defeat ourselves,” its last track concludes with its own counter-argument: “There’s no weapon against this loneliness/ Except my loving arms.”

That’s a very timely reason to make a solo album in 2019, when “the personal is political” isn’t just a catchy slogan, but valuable advice for survival and mental health. Putting her name on the record isn’t about Howard’s ego, but about seizing her right to creative independence – to make the musical decisions herself and to sing about the subjects she wants, no matter how uncomfortable they  make us feel. Happily, her quest for personal fulfilment doubles as a creative bloom as well, revealing new dimensions of her talent.