‘Folk’ prodigy steps outside the cabin, and engages with the world. Widescreen, intimate and glorious... 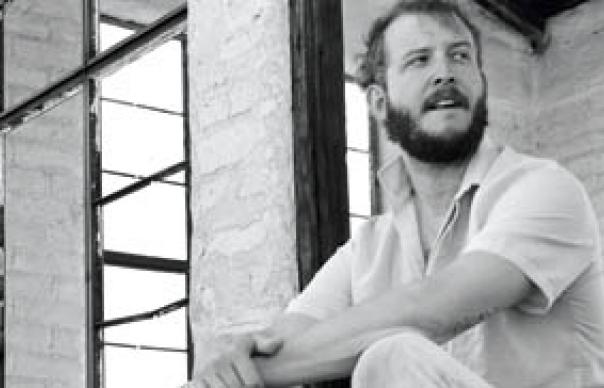 You can pin the exact point that Justin Vernon, the young man who goes by the name Bon Iver, made the leap from unknown to major artist to a wonderful moment in “Flume”, the opening track from his unforgettable 2007 debut, For Emma, Forever Ago.

Somewhere between the strummed acoustic opening and the first chorus, his double-tracked falsetto voice abruptly multiplied into a celestial choir, rising to an even higher register to deliver the gut punch: “Only love is all maroon/Gluey feathers on a flume/Sky is womb and she’s the moon.” In that moment, Justin Vernon touched a nerve, and many of those who discovered his album responded to its choral richness and psychological authenticity in an uncommonly deep way. Beguiled by its author’s Walden-like backstory, they were sucked in by his every sigh, every cathartic outpouring, making the connection between this stunningly personal work and their own inner lives.

For Bon Iver’s full-length follow-up, Vernon no longer has the element of surprise going for him. On the contrary, confronting him are staggering expectations and the assumption that whatever he attempted next would inevitably fall short of the first album’s magical cosmology, its cavalcade of handmade hooks. As John Mulvey aptly put it in his five-star Uncut review, “For Emma, Forever Ago is such a hermetically sealed, complete and satisfying album, the prospect of a follow-up – of a life for Vernon beyond the wilderness, even – seems merely extraneous.”

Could Vernon come in from the cold of that isolated Wisconsin cabin with his artistry intact? As it turns out, he could – and he has. He has spent nearly three years gestating the new record in a studio he’s built in Eau Claire, while also taking the time to stretch himself via outside undertakings with Gayngs, the Volcano Choir, St Vincent and Kanye West.

All this networking is telling because, unlike the first album, Bon Iver is a collective effort, resulting from ongoing interaction with 10 other musicians including pedal steel master Greg Leisz, three horn players, a string arranger and two Volcano Choir mates who provided “processing”. The full-bodied ensemble work results in an album with pace, scale and stylistic variety, but all of this sound and rhythm feels purposeful. Essentially, it exists to support the quintessential aspects of Vernon’s aesthetic: the soaring melodic progressions; multi-tracked vocals that take on the sonic dimension of instruments; the overtly poetic lyrics, whose elusive meanings are far less important than the sounds of the words, tactile with the textures of natural things.

The array of reference points Vernon hints at on these tracks is dizzying, and spotting them as they pop out of the fabric is part of the fun. The skewed orchestral tableaux of the sonically connected “Perth” and “Minnesota, WI”, which open the record in elliptical fashion, recall Sufjan Stevens’ Illinois, while Vernon seems to encapsulate the whole of early-’70s Cali country rock (think Fleet Foxes) on “Towers”. He adopts the minor-key art-folk of Simon & Garfunkel on “Michicant” before shape-shifting into mid-’60s Beach Boys on “Hinnom, TX”, playing up the radical contrast between his airy, Carl Wilson-like falsetto and earthy lower register that improbably recalls Mike Love. Then, on “Wash.”, Vernon breaks out his Marvin Gaye-style purring soul man as he sings a love song to a woman named Claire – or is the object of his affections his hometown of Eau Claire?

But there’s no obvious precedent for the three peaks of this spellbinding album, save the earlier music of Bon Iver itself. Muted at first, “Holocene” almost imperceptibly blossoms into glorious life, intimating the first breath of spring after the long, hard winter. “Calgary” mates a soaring melody that embeds itself in the consciousness with a percolating groove. And the widescreen closer “Beth/Rest” has the satisfying resolution of the end title theme of a classic Western score, employing the entire ensemble, interweaving the album’s accumulated thematic and tonal elements in a majestic payoff.

Fully realised in its ambition, Bon Iver possesses all of the austere beauty and understated emotiveness of its predecessor. Nestled within these panoramic soundscapes is the affecting intimacy the first album’s fans fervently hoped Vernon would recapture. This single-minded artist somehow manages to have it both ways.
Bud Scoppa