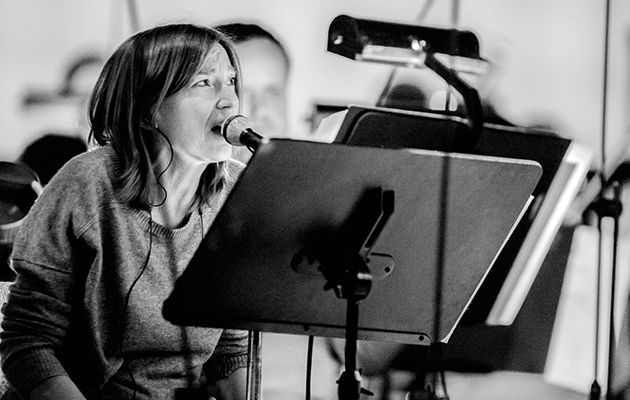 A leading light of Polish classical music, Henryk Górecki’s dissonant early compositions saw him hailed as heir to Schoenberg and Stockhausen, high priests of the 20th-century avant-garde. But a couple of decades into his career, Górecki changed course. Around the 1970s, he ventured away from cold, cerebral modernism, instead exploring a deeply sad, comparatively simple sound drawing on Polish folk music, his devout Catholicism and the sonority of the human voice.

When Górecki’s Symphony No 3 (Symphony Of Sorrowful Songs) debuted in 1977, his peers dismissed it as simplistic and sentimental (“decadent trash”, declared one critic). But the public heard it differently: a 1992 recording featuring solo soprano Dawn Upshaw and the London Sinfonietta went on to sell more than a million copies, making it one of the best-selling classical recordings of all time. “Perhaps people find something they need in this piece of music,” mused Górecki of its unexpected success. “Somehow I hit the right note, something they were missing. Something somewhere had been lost to them.”

What makes a piece of music strike such an emotional chord? Whatever this secret quality, Beth Gibbons possesses it too. A shy and reclusive musician from Devon, her recorded catalogue is slender – three studio albums and a live album recorded with the Bristol group Portishead, plus a beautiful 2002 collaboration with Talk Talk bassist Paul Webb’s Rustin Man, titled Out Of Season. But Gibbons’ elusiveness has not diminished her impact. Hers is one of the most immediately recognisable voices in all of contemporary popular music, a beautifully wracked, utterly bereft cry that seems to capture something at the very heart of sadness.

This rendition of Górecki’s Symphony No 3, now available as both an audio recording and a concert film, was recorded in 2014 at Warsaw’s National Opera Grand Theatre, Gibbons joining the Polish National Radio Symphony Orchestra, with another formidable name in the annals of Polish composition, Krzysztof Penderecki, on conducting duties. For Gibbons this was new territory. For one, she neither speaks Polish nor reads music, so her preparations included learning the text phonetically, working with a translation to understand its emotional tenor. For another,  her voice is a contralto – a register lower than the soprano for which Górecki’s score was written. Yet if she sounds different here from  how she does on Portishead’s records  – higher, less severe,  with a slight operatic quaver to her sustained notes – the essential  heart and soul of her  voice remains intact.

Symphony No 3 takes place across three movements, each one a lament rooted in the relationship between a mother and her child. The 24-minute opener “Lento – Sostenuto Tranquillo Ma Cantabile” starts deep in the subterranea, dense rumbling double bass giving way to violins and cellos that guide a slow, graceful rise through the registers. Gibbons enters at the 13-minute mark; the words she sings are an articulation of Górecki’s Catholicism, derived from a 15th-century folk song in which the Virgin Mary addresses Jesus as he hangs on the cross.

Much of the power of Symphony No 3 is in its pacing. Thoughtful, often verging on meditative, this music does not give in to sorrow, but seeks instead to shoulder it, through spiritual means. The subject of “Lento E Largo – Tranquillissimo” is monstrous – its lyric is derived from words inscribed on the wall of a Gestapo prison by the 18-year-old Helena Wanda Blazusiakówna in 1944. Yet it has the feeling of a prayer, Gibbons’ vocals reaching up to the heavens in search of salvation. It’s a spirit that carries through to the final piece, “Lento – Cantabile-Semplice”. Again drawing from an old Polish folk song, it’s the tale of a mother searching for her son, whom she fears has been killed in conflict. The midsection is tense, strings roving back and forth close to panic; but the final passages are a plea that he finds peace, and the final string swells feel like a great release of energy, some sort of comfort found in the divine.

Where sadness was concerned, Górecki was no bystander. His own mother died when he was aged two, and you can hear Symphony No 3 as the most profound communication of both his grief and his faith. What the reserved and private Beth Gibbons hears in his work must remain, to a degree, guesswork – but here she brings Górecki’s great classical prayer to life beautifully, an expression of empathy  that feels deep and profound.